World Cup history is made of historic wins but also of some major collapses and upsets.

We will be looking at the 5 greatest upsets in World Cup history, that surprised even the more optimistic analysts in the sport. 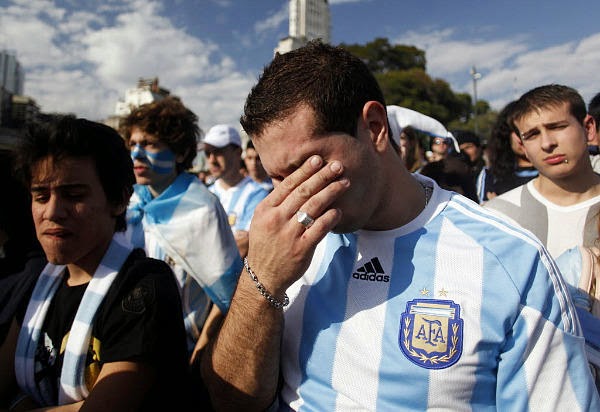 USA created one of the upsets of the tournament in 2002 when they defeated Portugal in the groups opening match with a 3-2 victory. Portugal was one of the heavy favorites coming into this tournament, with players like Rui Costa, Figo, Baia among others. USA managed to get a 3-0 lead and a goal by Beto late in the first half and an own goal by Agoos in the 71st minute was not enough for Portugal to avoid this huge upset and eventually elimination at the group stages.

France was the World Cup and European Champions and had massive aspirations of making it to the final of the 2002 World Cup. When you look at their squad nothing would lead you to believe that the goal of reaching the final was not possible. France opening match was against Senegal that was playing their first World Cup match ever.
Due to a goal from Papa Bouba Diop in the 30th minute, Senegal was able to stun the current World Champions and the world. That goals was all Senegal needed to seal the win. They went on to finish second in their group and advance to the round of 16 and France finished last with 1 point and went home with nothing to show for in what must be their worst World Cup performance yet. Arriving at the 1990 World Cup, Argentina was the big favorite to repeat the title, as they had Diego Maradona with them and nothing or nobody seemed to be able to stop them. Things are not always what they seem and to start the group stages, Argentina was facing Cameroon, that for the 2nd time only in their history had qualified to a World Cup.
Cameron was down 10 men after Andre Kana-Biyik saw a red card in the 54th minute of the match, but the African team never put their heads down and in the 67th minute Francois Omam-Biyik put Cameroon up 1-0. Cameroon would have another player red carded in the last minutes of the match, but was able to keep the 1-0 lead and stun the heavy favorites Argentina of Diego Maradona. This performance gave them the belief they needed and helped them become the first ever African nation to reach the World Cup quarterfinals. Going into the group stage match between USA and England nobody gave the semi-pro team from the USA any shot against the heavy favorites to fight with Brazil for the title in that tournament.
The USA scored in the 38th minute by Joe Gaetjens off a redirection to give the USA a 1-0 lead. England continue to press and push for a goal, but USA goalkeeper, Frank Borghi was fantastic in net and was able to keep the scoreline at 1-0 for the USA.
Because of this result England wasn't able to advance to the final group, and this was also USA last win until 1994 World Cup.

Going into the 1966 World Cup, North Korea was the only team from Africa/Asia to qualify for the tournament and to add to that achievement they were made up of mostly amateur and semi-pros.
Kim Il-sung was their leader at that time and before the team left for the tournament he told them: "As the representatives of the Africa and Asia region, as colored people, i urge you to win one or two matches".
Did they ever win. They were faced in the group stage with an Italian side that was a heavy favorite at winning the tournament, but a single goal from Pak Doo-Ik was plenty to see them eliminate Italy and advance to the quarter finals where they lost to Portugal by a scoreline of 5-3.