Mad for It! - Football's Lunatics, Bad Boys and Villains 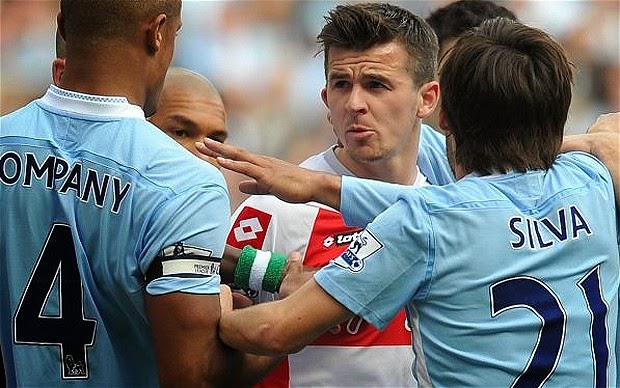 "What the hell is Barton doing?", I stammered as the QPR midfielder tried to pick a fight with several Manchester City players before being shown a red. In a match of equal importance for both sides, with City attempting to win the league title and QPR just trying to stay in the EPL, Barton ended his 2011/2012 season in style. You can always count on Joey to make a splash and in raising the ire of both QPR, and watching Manchester United fans with his moment of madness, this was the Huyton's man's on field opus. The fact that results elsewhere kept QPR in the Premiership probably saved Barton from being declared public enemy number one by the fans of the West London club.

Throughout the history of Association Football there have always been wild men who have caused mayhem both on and off the pitch. Infuriating, embarrassing and yet often entertaining, here are a few of football's loose cannons: 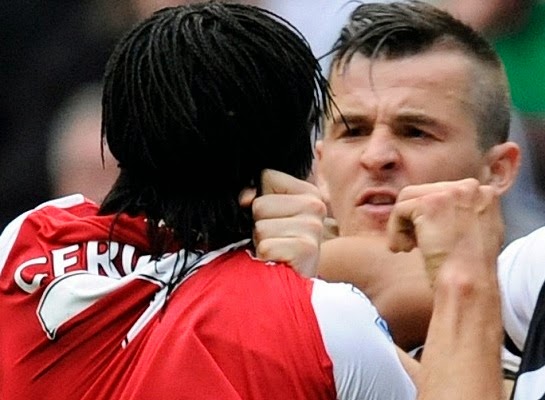 Before he became football’s self-styled “Philosopher King of Twitter”, Joey Barton was just a simple yob who couldn’t control his temper. From putting out a lit cigar in a youth team player’s eye, to breaking a pedestrian’s leg while driving through Liverpool at 2am, taking time out on pre-season training to assault a 15 year old Everton fan, and for being arrested on suspicion of assaulting a taxi driver, Barton certainly showed off his sensitive side in the early part of his career.

But the worst was yet to come as he assaulted teammate Ousmane Dabo in training in 2007, sending him to the hospital with head injuries, including a suspected detached retina. Then in May 2008 Barton pled guilty to assault, after punching a man in the face twenty times in Liverpool City Centre. During that incident, Barton showed he doesn't discriminate by age by also attacking a teenager again and breaking the kids teeth. His conduct on the pitch has hardly been better with a trail of chaos and cards everywhere he’s played.

He can copy and paste Nietzsche quotes into his Tweets as much as he wants, but it doesn’t change the fact that Barton is a thug of the highest order. 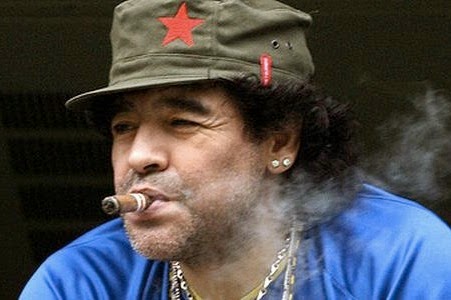 Despite being one of the greatest players of all time, “El Diez” has certainly had his share of highlights off the pitch as well. With a much publicized 20 year addiction to cocaine and an incident where he playfully shot at members of the Argentinian press with an air rifle and then attempted to hit them with his car, Maradona is no stranger to controversy.

Maradona was famously sent home from the 1994 World Cup after testing positive for Ephedrine. His wild celebration into the camera after scoring against Greece in Argentina's opening match may have been used as evidence against him.

Even in his old age, Diego hasn’t mellowed out that much. After coming under intense pressure from the media as Argentina struggled to qualify for World Cup 2010 under his management, he told the press to “suck it, and keep sucking it” after they eventually booked their place in South Africa. 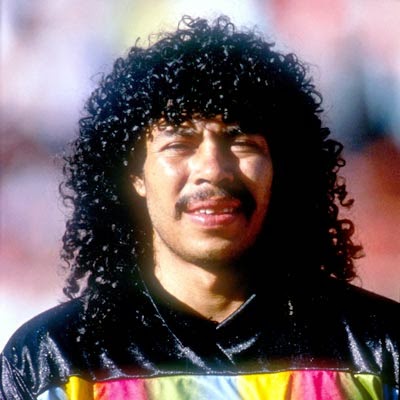 The scorpion kicking goal keeper with the wild hair surely makes most lists of craziest players ever. Known for his badly judged attempt to dribble out of defence against Cameroon at Italia '90, costing Columbia a place in the Quarter Finals, and his scorpion kick in a friendly against England, Higuita also famously ran into some off the pitch problems.

"El Lobo", ran afoul of Columbian authorities in 1993 when he acted as a go between for the notorious late drug baron Carlos Escobar, and Carlos Molina. He delivered the ransom money to secure Molina's daughter's release from her kidnappers, which broke Columbian laws on handling money involved in kidnappings. Higuita served seven months in prison for this little caper.

He also tested positive for cocaine in 2004 while playing in Ecuador. 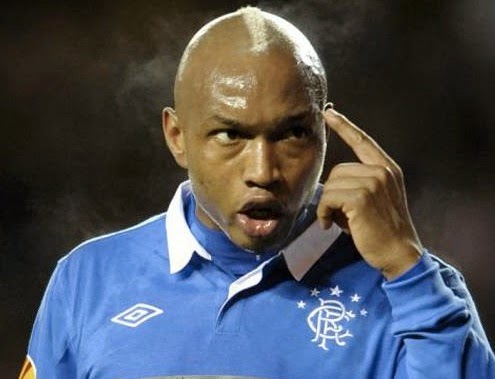 After being a major part of the surprising Senegal side at the 2002 World Cup, Diouf's signing for Liverpool seemed, at the time, to be a major coup. He turned out to be more of a major headache.

Besides several motoring offences, including driving without a license, Diouf developed the nasty of spitting at people while playing for the Merseyside club and then later for Bolton. Among the targets for his spittle were Celtic fans during a UEFA Cup tie, an 11 year old Middlesborough supporter and Portsmouth defender Arjan de Zeeuw, who he gobbed into the face of.

When he wasn't spitting on or at people, Diouf was getting into a brawl in a Manchester night club and getting into a touch line altercation with Celtic manager Neil Lennon while playing for Rangers.

A "swell guy", whose blonde streak of hair should have made it into our Worst Haircuts in Football post. 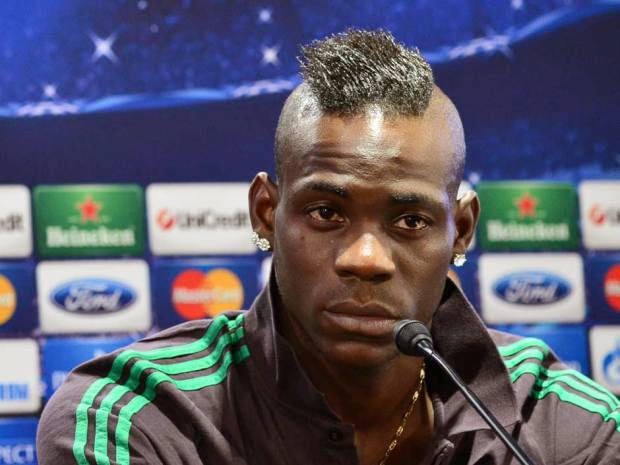 The talented, but zany Italian striker marked his time at Manchester City by crashing his car in the city centre, throwing darts at youth team players and trespassing in a women's prison.

Described as "unmanageable" by Jose Mourinho, Super Mario once set fire to his bathroom by making the unwise decision to set off fireworks indoors a few days before the Manchester Derby. Showing he's not lacking in the humour department, Balo famously revealed a "Why Always Me?" shirt after scoring against United.

Getting himself in trouble for breaking a club curfew, Mario spent an evening in a Curry House signing autographs, posing for pictures and getting into a mock fight with people with rolling pins.