As I passed the desk where you could check in your firearms before heading into the Estadio Cuscatlan, I realized that my game day experience was going to be a little different than it is at BMO Field in Toronto. Located in El Salvador’s capital city of San Salvador it is the largest stadium in Central America with a capacity of 53,400. In the shadow of the stunning San Salvador Volcano, big matches at ‘La Catedral del Espectáculo’ are not for the faint of heart. I was there for a cup match in 2008 between San Salvador F.C. and FAS. Although the ground was well below capacity, I had to take my hat off to the FAS supporters for eventually creating a wall of sound. Up until about twenty minutes before kickoff their section remained mysteriously empty, when suddenly a large guy carrying a massive steel drum emerged from their tunnel leading in a few hundred supporters behind him in single file. They yelled, “FAS! FAS! FAS!” over and over as the big guy rocked the drums.

I mentioned how impressed I was by their entrance to the old timer sitting next to me and he shook his head dismissively. “You need to come back when Alianza are playing, Gringo. FAS are… how you say, hicks?”
I took his word for it, as he claimed to have played for Alianza in the late ‘60s and also turned me onto the wonders of Yuca Frita. If you ever find yourself at a football match in Central America get yourself a bag of these, pour some hot sauce on them and wash it all down with a tall, cool bottle of Pilsener. 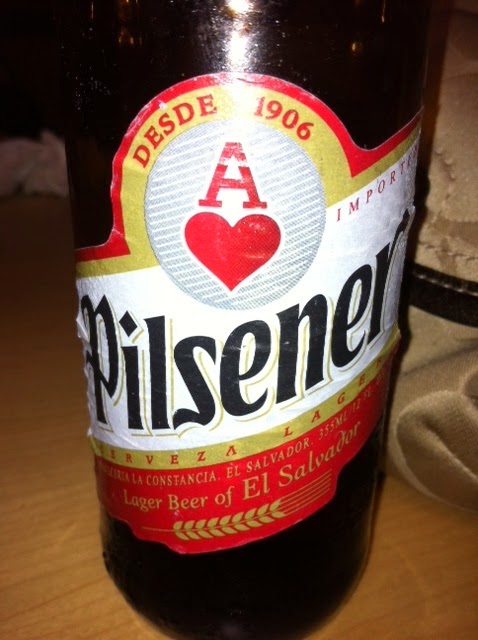 When thinking back to some of the grounds I’ve been to over the years there are several essential things that can make a match day just that much better. First of all a ground has to have a good atmosphere and an area for vocal supporters to gather. Unfortunately in many modern stadiums there isn’t the general admission ticketing of the past, where like-minded fans could gather together to vocally support their teams. However, some of the better grounds today are home to clubs that have worked with supporters to create the right conditions for getting the more vocal fans to be situated together. Even in the relatively young MLS there are clubs like Seattle than have done a superb job of connecting with their supporters and providing them with their own section.

One of the grounds I’ve been to where supporters were organized into their own large section and they were able to generate some great support was the Amsterdam Arena. Although Ajax were playing Zwolle, who aren’t considered a major rival, the atmosphere in the ground was terrific. It was a consistent noise throughout, which was great.

When you are in one of these sections for your own club, surrounded by your friends and really getting behind your team there is nothing like it. Just don't be a tourist. Or, even if you are a tourist you simply have to sing or just move to another section. 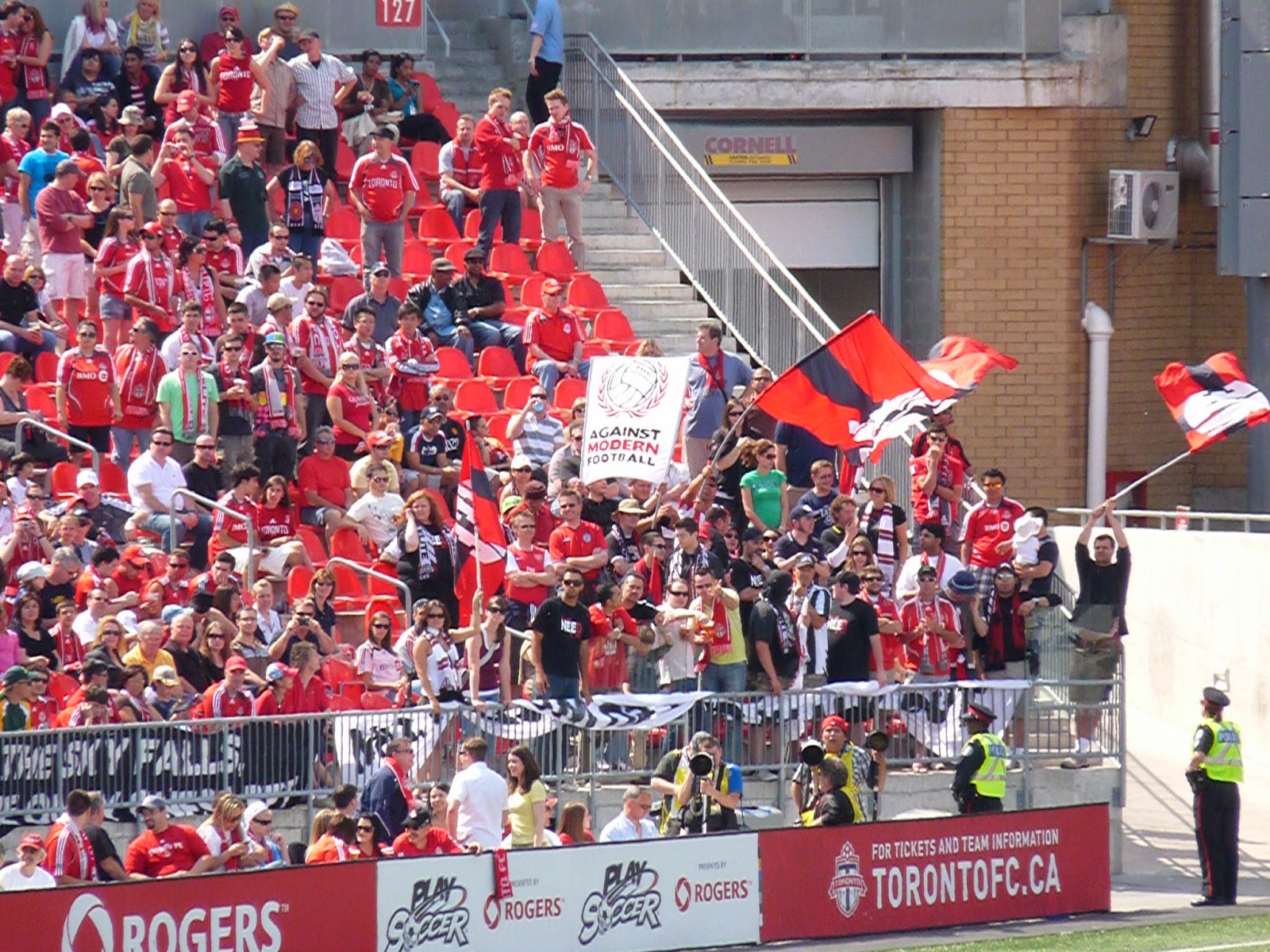 The Ground’s Design and Amenities

Although I love the fact that Toronto has its own professional soccer club with its own ground, I couldn’t help but feel slightly disappointed the first time I saw BMO Field. Lacking a roof around the tin can like stands and with very basic amenities it reminded me of a decent sized US High School stadium. On the plus side for those of us who need things to aim for in life, the soccer nets in the urinals are terrific.

In 2010 when I went down with a few people to the fantastic RedBull Arena in New Jersey, one of our group commented that the place was going make going back to BMO like going to Lamport Stadium. That comment is a little inside joke for our Southern Ontario readers, but let’s just say that Lamport Stadium, with its Spartan concrete and metal design, resembles a North Korean athletic complex. Like BMO Field, it is functional but it’s hardly the Stadium of Light.

Watching a match in a stadium with a roof is not only more comfortable, but it also helps generate noise as the chants and songs of supporters bounce down and stay in the ground. So I’m encouraged to hear that this might well be on the cards at BMO Field in the very near future.

As for concessions, I don’t generally buy food at football grounds and only drink beer at them on occasion. I’m not making a stand against modern football; I’m just a very cheap man that doesn’t like paying $12 for a watered down Budweiser. But that being said, if a ground offers some half decent food options at a reasonable price and doesn’t take you behind the wood shed for an awkward encounter with the beer prices, in a pinch it’s fine. Make sure you have your ID with you at all times if you are thinking of having a beer at a football ground in North America though. I’ve never encountered as much militarism in ID’ing people anywhere else in the world. My 67 year old dad has been asked for ID on numerous occasions over here and although he looks after himself, you’d have to be wearing glasses with lenses thicker than the bottoms of old school Coke bottles for you to think he’s 16.

A decent view of the pitch is also essential to your match going experience. Grounds where you feel like you’re a million miles away from the pitch or worst yet you’re stuck behind a support beam certainly doesn’t provide for the best day out. Imagine you were an Aston Villa supporter a few years back and you missed out on an Emile Heskey air kick because a stadium column was in your way. Actually, don’t answer that. What’s Around the Ground

As much as I was impressed by the Amsterdam Arena, enjoyed the atmosphere at Hamburg’s Imtech Arena, felt envious of RedBull Arena and met a good group of people at Walsall’s Bescot Stadium all of these grounds suffer from having nothing of note around them. Part of the match day experience is meeting up with your friends at a pub, sinking a couple of reasonably priced beers and maybe grabbing a Shawarma before heading off to the ground.

Despite my earlier gripes about BMO Field, there are at least a few decent pubs and bars fairly close to the stadium like Brazenhead and The Rhino that are worth dropping into on match days.  I’m not going to tell you where to buy a great Shawarma though. That’s simply because I don’t want any unnecessary lines at my favourite joint when I have a craving for one.

Over in Europe some of the older grounds that are located closer to the city centres still have some decent options for food and beverages nearby. Even with the hyper commercialized nature of Old Trafford these days, there are actually a few good pubs like Samuel Platts within easy walking distance to the ground. After watching Chicharito snatch a last gasp winner against Everton in 2011 I ran into a couple of young Glaswegian guys in Sam Platts who seemed puzzled as to how I’d gotten from Toronto to Manchester. After telling them I’d flown over to London a few days before and driven up north with my cousin they seemed even more confused. Perhaps it was my accent or maybe they were just too drunk to get their heads around air travel, but either way, good luck to them. They bought us a round and made a good day even better with their humour. 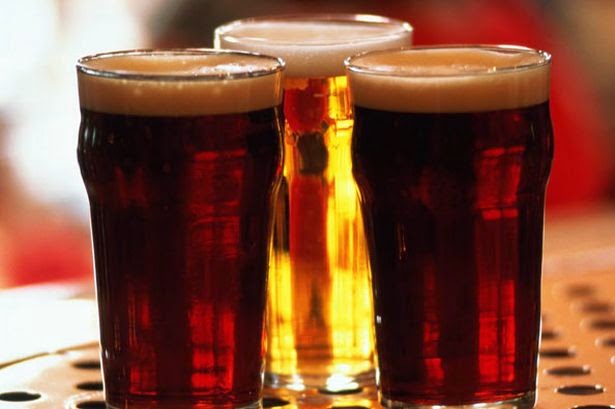 But Does it Matter?

Of course a lot of the above may be irrelevant if the side you’re watching is absolute garbage, but it may at least make match days a bit more bearable. Anyhow, I’d love to hear about what grounds you've enjoyed visiting and why. Drop us a note in the comments box below.