5 matches you would have enjoyed this past weekend 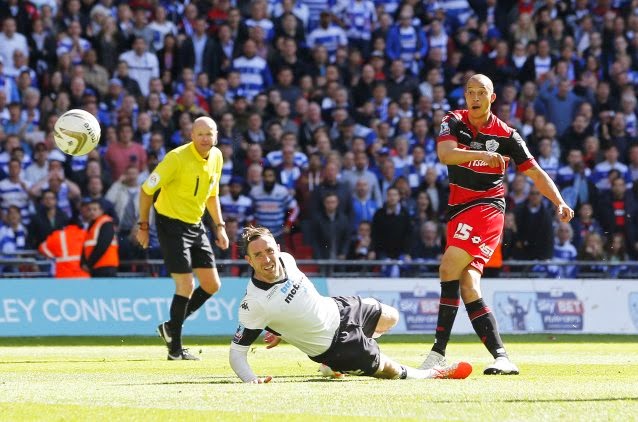 Any match in which 32 year old Fenerbahce and Cameroon striker Pierre Webo scores via the bicycle-kick, deserves to be on a Top 5 list. Although the Macedonian opposition does not provide for strong competition, Cameroon opened their World Cup warm-up campaign with a point to prove, managing to put together a good display of attacking football.

Some very exciting football in this African Champions League group stage match, between Libyan side Al Ahli Benghazi and Tunisian outfit Esperance de Tunis. Given the situation in Libya, the match was hosted at a neutral venue in Sudan. The fact that Al Ahli could not play in their own town did not matter much, as they have not played on home turf all tournament, but managed to win every “home” match (all previous ones in Tunisia). Zimbabwe international striker Edward Sadomba gave the hosts the lead in just the 4th minute, and only 6 minutes later Al Ahli hit the back of the net once again to gain a 2-0 advantage. From there on, the game became a lot more open with Esperance moving forward in desperate fashion. This created the opportunity for more goals, with Esperance scoring twice, and Al Ahli managing one more for a final score of 3-2.

A Rivalry that dates back before the creation of Major League Soccer rarely disappoints both with support in the stands and action on the field, this meeting was no different. With a loud crowd packed into the BC Place in Vancouver cheering on, the play on the pitch saw everything from incredible individual effort, to a goalkeeper mistake that provided a goal from very long-distance shot to an eventual game-tying goal on a very controversial penalty call by the referee.

In the most important match of the year for the 2nd tier in English football, it was Derby County versus QPR going head-to-head in a single match that would crown the 3rd and last promotion spot for next year’s Premier League. Derby County looked superior on the day and even though neither team managed to score after 60 minutes of play, QPR’s Gary O’Neil’s sending-off seemed to diminish the Rangers’ chances of promotion even more. But a 90th minute shocker by Bobby Zamora would seal the faith of this match, and see the London club gain promotion after just one season in the 2nd tier.

Not only the biggest match on the weekend, but probably the biggest club match of the year. This Champions League final saw for the very first time two teams from the same city compete for the title of best football club in Europe. Atletico provided the best action in the first half even after star-man Diego Costa had to be substituted in just the 9th minute due to injury, and managed to go up 1-0. Up to the last minutes of the match, this affair seemed to not be one of the more memorable ones, but that was only until Real Madrid star full-back Sergio Ramos headed to ball in in the 3rd of 5 added minutes at the end of the match, to tie the match at 1-1 and take it into extra time. In the extra frame, Real would incredibly score three more goals for a 4-1 final.