The Evolution of Football Boots

I still remember back in the early '90s when one of my brother's teammates showed up for a practice wearing white football boots. He may as well have shown up wearing a little black dress and a pink neckerchief for the reaction he received.

"What the hell are those? Golf shoes?" Someone asked in disgust. Everyone laughed at his pristine white Joma's and then purposely went out of their way in training to step on his feet, just to dirty them up. The poor kid was teased mercilessly, so his dad ended up painting the shoes black that night. Kids can be real assholes at times.

To paraphrase Henry Ford, when it came to football boots back then, "you could have any colour you wanted as long as they were black."

What we didn't realize though, is that this kid was just ahead of his time. If you watch soccer on TV today, or go by your local park when there's a match being played, more than half of the players will be wearing boots that are all colours of the rainbow.

Football boots have certainly come a long way since men would hammer nails into the bottom of their work boots before heading out to kick a ball around. Imagine being on the receiving end of a heavy tackle in those days.

The first football specific boots emerged in the late 19th Century and were made of a heavy leather that weighed between 500-600g and would double in weight when they got wet. They featured high ankle support and hard leather studs that you would still have to hammer into the soles. With wear and tear the nails from these studs would quite often press up into the bottom of your feet. So it would be like being on the receiving end of a barbaric form of acupuncture while trying to chase down a tricky left winger.

In 1954, the German company Adidas introduced nylon 18mm screw in studs to the revolutionary boots worn by Die Mannschaft during their victorious World Cup campaign. Featuring a lighter weight leather and a lower top, these boots arguably established the template for everything that has followed. My dad still vividly recalls when his uncle came back from his National Service duties in Germany in 1955 with a pair of these very Adidas boots and was quickly the envy of the neighbourhood.

The even lower top, lighter weight boots that followed these models quickly looked less like boots and more like the cleats of other sports. They allowed talented players to accelerate and move from side to side far faster than they had before.

From the 1960's onwards boot manufacturers competed with each other to have star players sign up to wear their shoes. It's even an urban legend that Pele purposely delayed the kickoff of the 1970 World Cup Final so the camera's could focus in on his Puma's while he tightened them.

The 1980's saw different leathers, such as kangaroo, introduced into boot design and many iconic models like the Copa Mundial were released.

Designed by former Liverpool midfielder Craig Johnston, the finned Adidas Predators hit the market in 1994 and boot design took another leap forward. With laser technology being used, and a mix of leather and synthetic materials incorporated into the designs the modern football boot has as much engineering as the international space station.

Oh, and since the late 1990's it has been cool to wear boots that aren't black. So that kid was just ahead of the curve.

Below are a few classic designs and some of our favourite boots here at FootyFair: 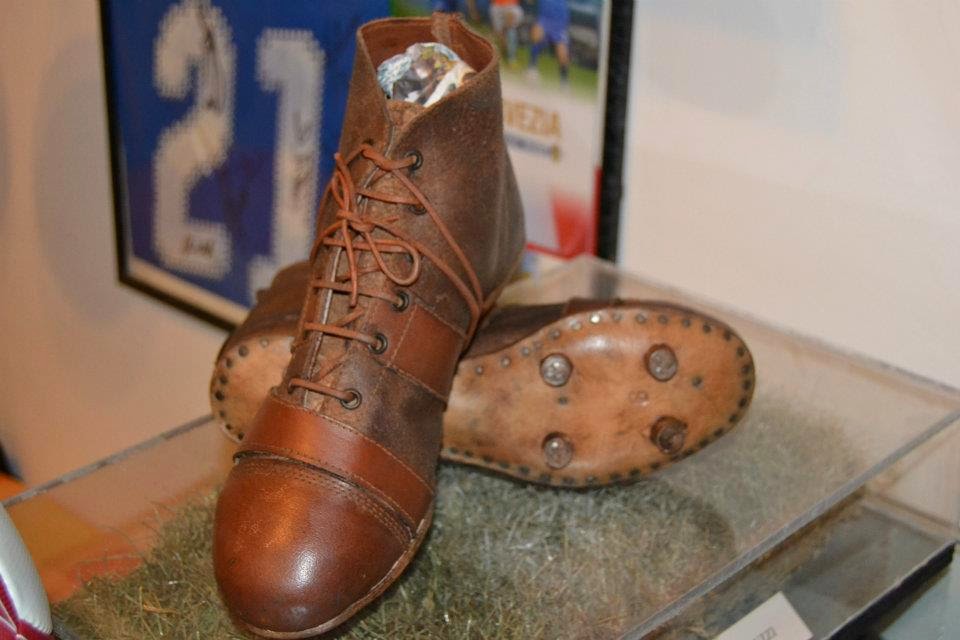 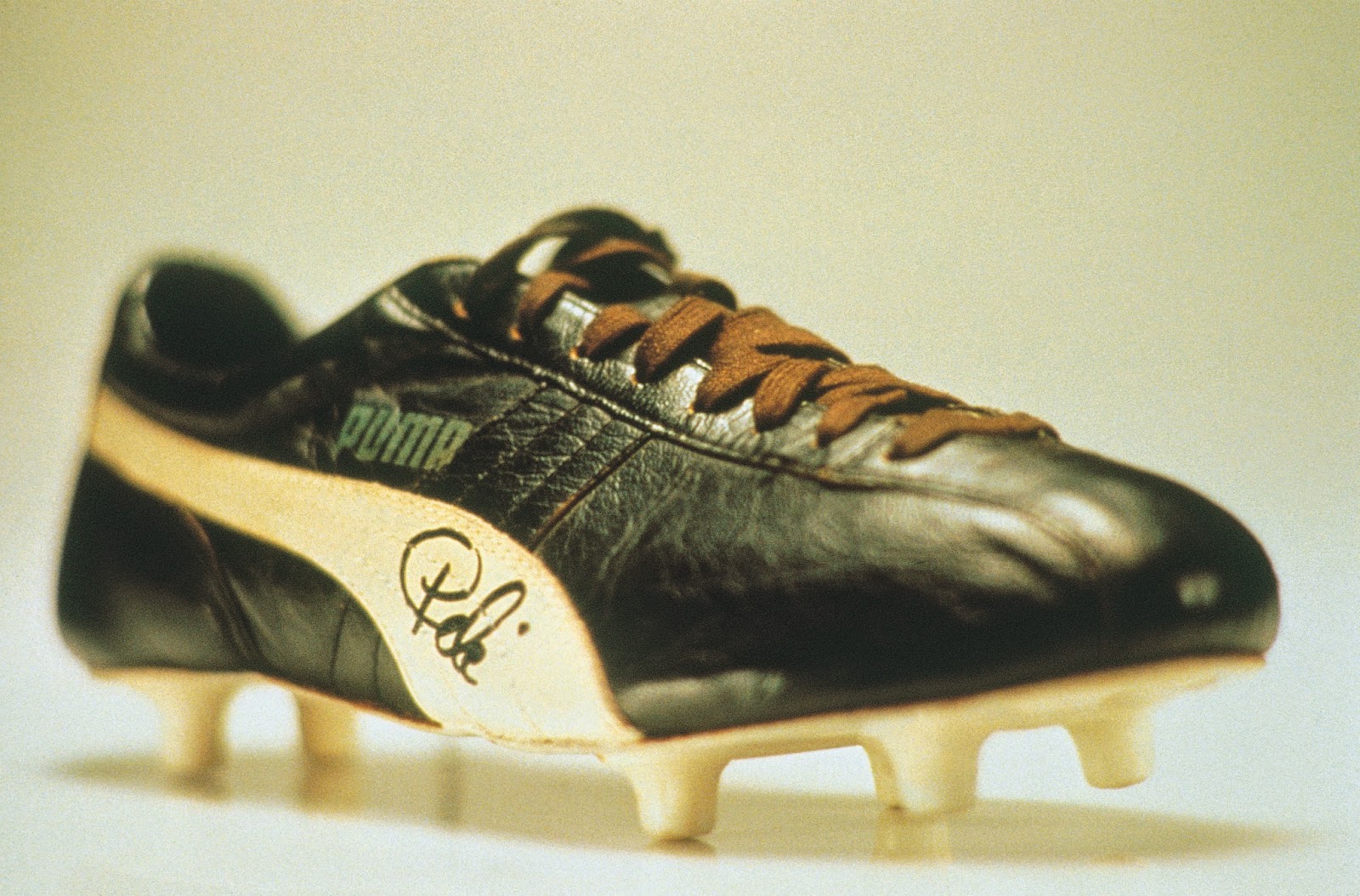 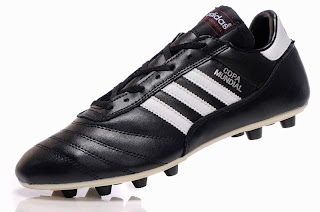 The iconic and rather sexy Adidas Copa Mundial. 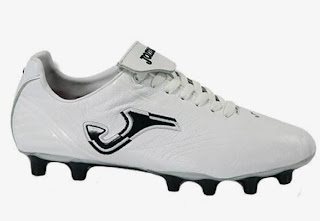 A rather striking white pair of Joma's. ;) 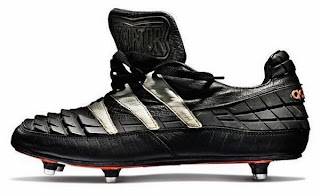 The 1994 Adidas Predators. (My god I wanted a pair of these so badly.) 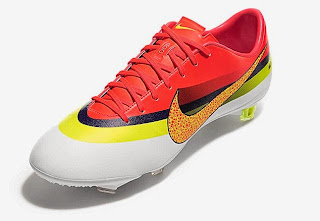 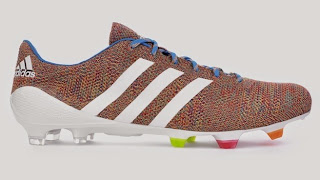 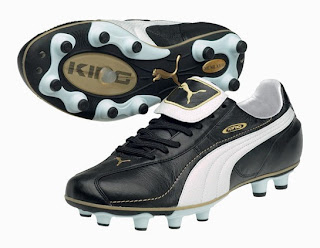