Throwback Thursdays - Brazil 1950 and the Maracanazo 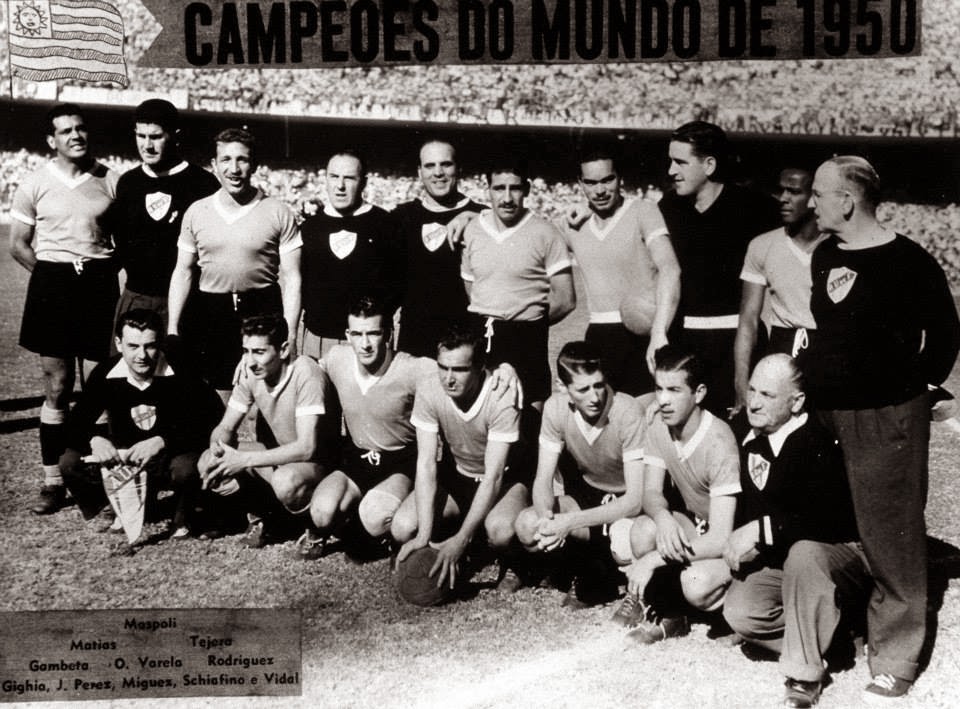 As Brazil prepare to host their second World Cup, this week for Throwback Thursday we take a look back at the last time the Finals were held there.


As World War 2 raged on in Europe and in the Pacific, the World Cup was cancelled in 1942 and 1946, so the tournament in 1950 was the first one held since the Italians had triumphed in France in 1938. After two pre-war tournaments in Europe, FIFA was keen to select a South American country to host the Finals, so Brazil's offer to host the World Cup was gladly accepted. With the still occupied, and sanctioned, Germany and Japan not eligible for qualification, several European withdrawals, and traditional rivals Argentina locked in a dispute with the Brazilian Football Confederation, who would compete in the tournament was not a straightforward affair.

Great Britain, who had previously not had any participants in the World Cup due to an ongoing dispute with FIFA, were finally able to take part in the Finals in 1950. Using the British Home Championships tournament as a qualifying round, the English qualified as winners and Scotland as runners up. However, in a fit of pique, the Scottish declined their place in Brazil as they hadn't won the Home Championships outright.

With no African teams taking part in qualifying, the lone Asian representative India pulled out just before the tournament, with the official line that FIFA would not allow them to play in bare feet. However, it’s been speculated that the cost of competing in the Finals and inadequate preparations by the Indian Football Associations may be the real reasons behind why they weren’t in Brazil.

With these withdrawals came an oddly structured first round, with two groups of four teams, a group of three teams, and a group with only two teams. The winners of each of these groups, rather than precede into a semi-final knockout round, would then be placed into a final group of four teams to decide a World Champion on points.

The reason for this unique final group, and the resulting lack of a true World Cup Final, was simply down to financial reasons. Although FIFA was against the format, Brazil had spent a lot of money on new stadiums for the tournament, they wanted more matches played, and threatened to withdraw as hosts unless the World Cup went on with this structure. With their hands tied, FIFA agreed to their demands and the Finals began with this setup on the 24th of June. 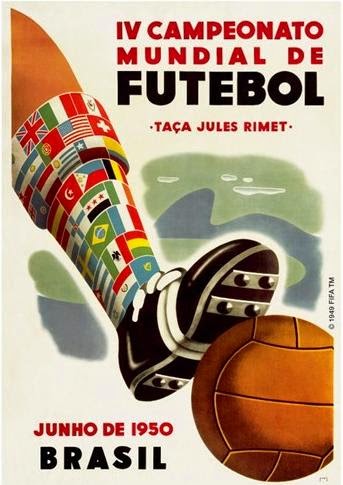 Despite being held to a surprising 2-2 draw by Switzerland, the hosts walloped Mexico 4-0 and saw off a good Yugoslavian side 2-0 to win Group 1. Featuring the brilliant attacking trio of Ademir, Jair and Zizinho, Brazil looked to be heavy favourites heading into the final group.

Over in Group 2, another of the pre-tournament favourites, England, suffered one of the greatest upsets in World Cup history, when their collection of professional stars were beaten by a ragtag group of American part-timers 1-0 in Belo Horizonte. The result was scarcely believed back in Britain and some newspapers assumed that early telegrams they received from Brazil to be misprints and that the score was 10-1 for England. Unfortunately for Captain Billy Wright’s men that was not the case and they lost again by a score of 1-0 to Spain, who won the group by virtue of also beating Chile 2-0 and hammering the plucky Americans 5-2.

In Group 3 with the defending Champion Italian side decimated by the Superga Air Disaster, which had wiped out most of their team a year earlier, losing their opener 3-2 to Sweden they were essentially out of the tournament before it had really started. Sweden then saw their way through to the final round with a 2-2 draw with Paraguay to win the three team group.

Things were even more straightforward for Uruguay, winners of Group 4, as France pulled out of the tournament at the last possible moment, leaving only two teams to contest this group. Uruguay saw their way into the final round after demolishing Bolivia 8-0. 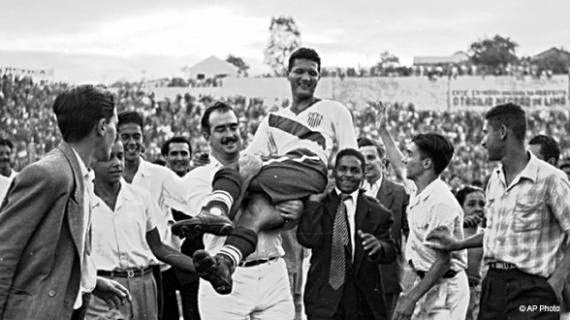 A few years back I was on a flight to Vancouver for work and was just minding my own business, reading my Four Four Two football magazine. The lady sitting next to me noticed what I was reading and promptly introduced herself as a Brazilian University student and a diehard supporter of Corinthians. I said to her, “Oh you must be excited about hosting the World Cup in 2014.”

She suddenly turned very serious, clenched her fist and said, “Yes, we will finally have a chance to avenge the Maracanazo and lay the ghosts to rest.” 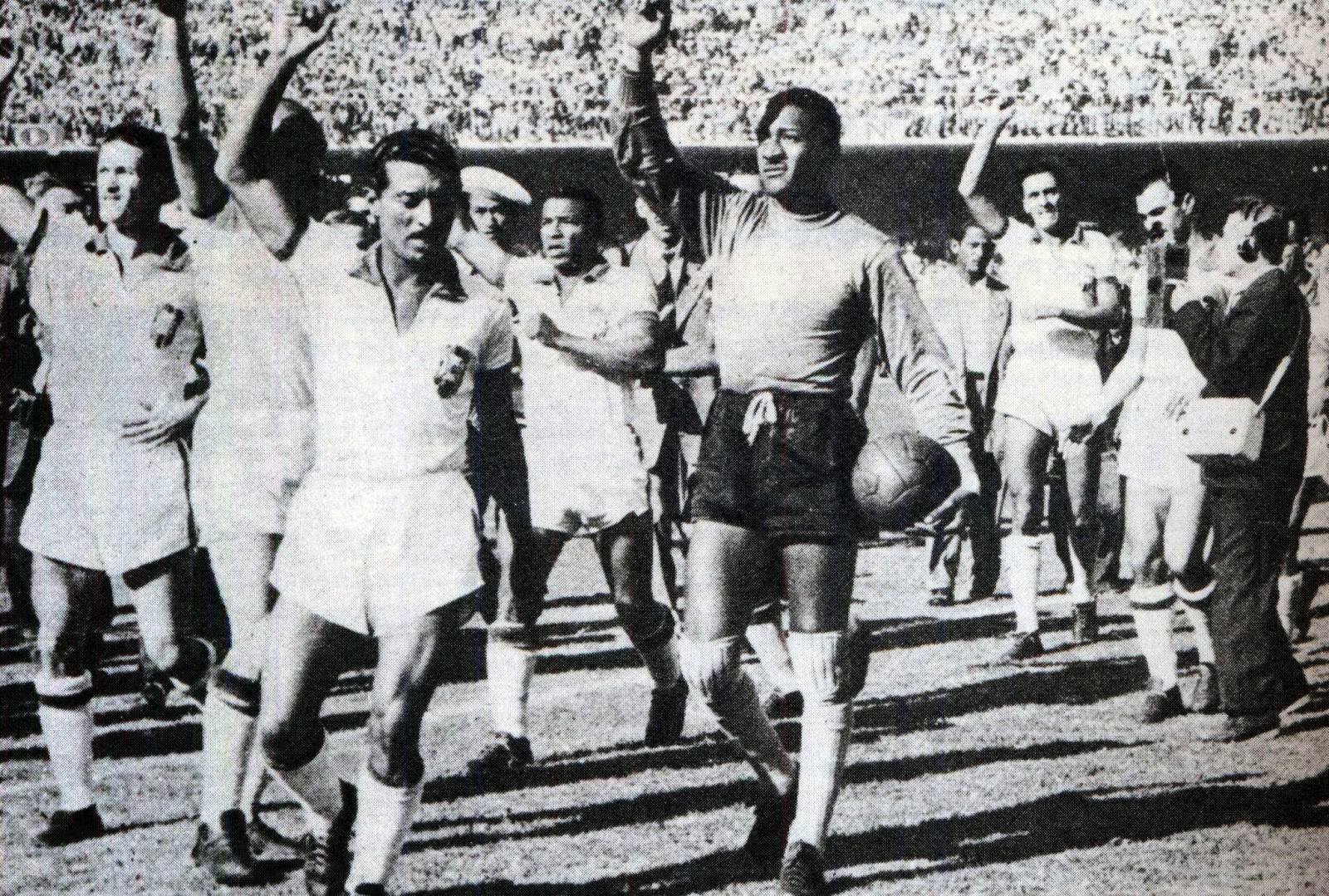 As expected, the final round of the 1950 World Cup had seen Brazil romp to impressive victories over   Sweden by a score of 7-1 and Spain to the tune of 6-1 to take a firm grip on the group.
Meanwhile, Uruguay had just about scraped a 2-2 draw with Spain and edged a 3-2 win over Sweden prior to their final match against the Brazilians.

Needing only a draw in this final group match, Brazil’s fans and media were already proclaiming A Seleção as the World Champions.

In a move that perhaps angered the football gods, the governor of the state of Rio de Janeiro gave a speech before the match referring to Brazil as “victors of the tournament, who in a few hours will be acclaimed champions.”

Before taking the pitch in front of a world record 210,000 capacity crowd at the Maracanã, Uruguay’s captain Obdulio Varela delivered a speech of his own to his teammates in which he implored them not to fear the Brazilian team or their fans. Using Sweden and Spain as examples of sides who had tried to sit back against Brazil and failed as examples, he urged his teammates to attack with courage when they had the opportunities to do so. He ended his emotional speech to the players with the memorable line:

As predicted, Brazil began the match on the attack and piled pressure on the Uruguayan backline. But La Celeste would not break and they held on until halftime, while also making a few attacking forays of their own.

Although Brazil opened the scoring through Friaca on 47 minutes, Varela continued to urge his team onwards and eventually they began to exploit the frail Brazilian defense.  On 66 minutes, the future AC Milan star Juan Schiaffino had equalized, and although a draw would still be enough for Brazil to become World Champions the Uruguayans had seized the initiative. In the 79th minute, Alcides Ghigga, who would later play for Roma in Serie A, grabbed the winner.

The massive Brazilian crowd was silenced as a title they thought was in the bag was snatched away from them.

Most of the Brazilian squad from 1950 were dropped after this devastating defeat, and the National side even changed its “unlucky” kit from all white to the iconic yellow shirts and blue shorts they still wear today. The match has since been dubbed the Maracanazo, meaning "The Maracanã Blow".

Meanwhile the Uruguayan’s had won their second title, to go along with their first win in 1930, and had pulled off one of the most unlikely come from behind wins in a World Cup Final. 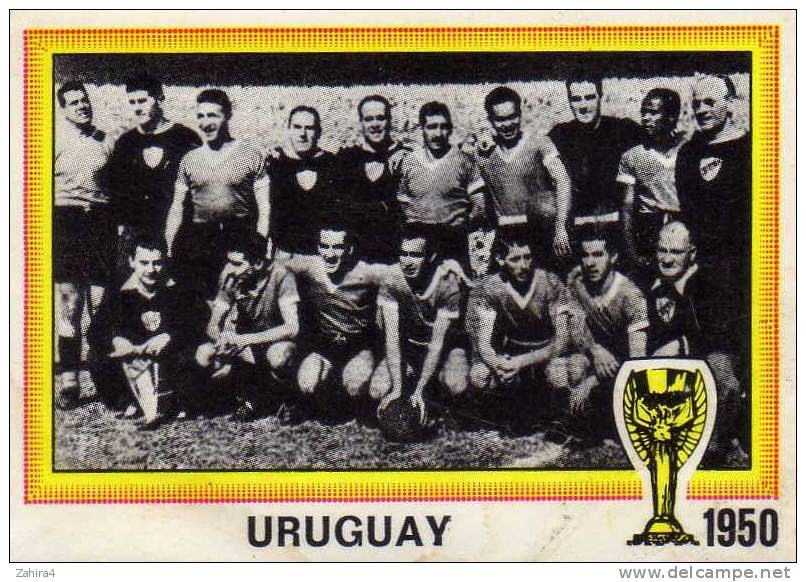