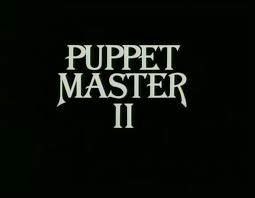 Jorge Mendes is currently one of the most powerful FIFA player agents in the world. In his client list you can find names as Jose Mourinho, Cristiano Ronaldo, Luiz Felipe Scolari, Pepe, Di Maria, David De Gea, Nani, and many others.

Mendes has earned three consecutive Agent of The Year honors. He founded Gestifute in 1996 and has never looked back. In our part 2 of a 3 part series, i will be looking at Jorge Mendes and his influence in today's modern football era, as he is one of the top masters of puppets.


Jorge Mendes came from humble beginnings but what set him apart in his early career days was the fact that he scouted youth training camps in Portugal looking for young talent that he could sign to his company and represent in future transfers. Two of his early findings were Cristiano Ronaldo and Ricardo Quaresma, both at Sporting CP academy.

In 2004, Mendes, brokered the deal that saw Mourinho leave FC Porto and move to Chelsea. Mourinho wasn't represented by Mendes at the time, but it was Mendes that brokered the deal with Chelsea's representative Pini Zahavi.  Mourinho's agent was lining him up to move to Liverpool but Mendes involvement changed the the destination and landed him in London. Soon after that Mendes would become Mourinho's agent. 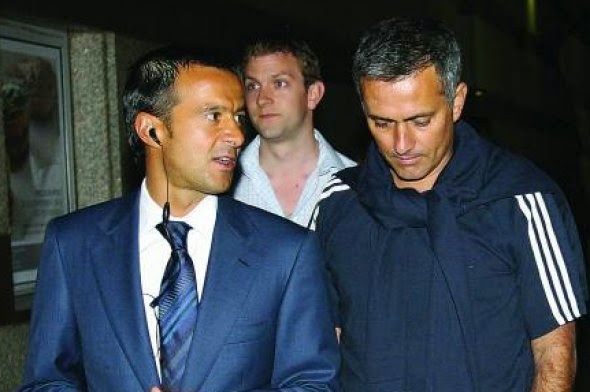 This deal establish Mendes as a big player, and all Portuguese players that followed Mourinho to Chelsea in the coming years were represented by Mendes. Coincidence? I think not, his influence within Chelsea grew and he was not only able to move some of his players into the club but he also owned part of some of his best players passes, earning him more money in any future transfers. This way he is able to collect the agent fee as well as a percentage of the transfer fee that he is negotiating with the club. A smart and well calculated move that has seen many follow suit.
When Mourinho left Chelsea, Mendes was once again instrumental and taking him to Inter Milan and then later on to Real Madrid.

In 2008 he negotiated the deal that saw Chelsea sign Luiz Felipe Scolari to a three year deal. That summer before the announcement of the signing of Scolari was made official, Mendes was allowed by Scolari to visit Portugal's training headquarters during the European Championship. Not many agents have this access to players during a major international tournament, but since Scolari was represented by Mendes and had just broker a deal to have him coach at Chelsea for the next three seasons, it was obvious that Mendes had reach and power not equal to many.

Mendes managed the transfer of Cristiano Ronaldo to Manchester United in 2003 and in 2007 he was also responsible for the transfers of Anderson and Nani to the same club. The Nani transfer was only possible since the player was "forced" to leave his former agent, Ana Almeida, and use Mendes as his agent. That same summer he was responsible for Pepe's transfer to Real Madrid and Simao to Atletico Madrid. 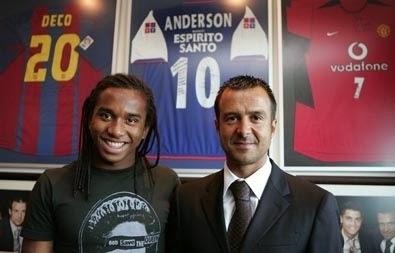 It is no surprise that in August of 2010, when Manchester United signed Bebe for $7.4 million pounds, that Mendes was a key party in that deal. Mendes was not the representative of Bebe at the time, but the player fired his agent by letter, two days prior to signing with United in a deal only made possible by Mendes being at the helm of it.
Alex Ferguson later confirmed that he had never seen Bebe play when he agreed to pay that transfer fee, but he was advised to sign the player by Carlos Queiroz who had worked as an assistant coach at Old Trafford and had also recommended the signing of Nani and Anderson years before. So it shouldn't surprise anyone that Queiroz, Nani and Anderson were all being represented by Jorge Mendes.

Gestifute and Jorge Mendes are one of the biggest players in the market, they have spun a web that covers coaches and players at the highest levels, not only in club football but also at the national team level.
When this years Portugal roster was announced to the World Cup, some players were surprisingly included while some were missing. Mendes happens to be Paulo Bento's agent and also the agent of 90% of the players representing Portugal in Brazil this summer.
Sure, one can say that since he is Portuguese it only makes sense that he represents the best portuguese players, but when he also represents the coach, this could lead to a conflict of interests when picking players for a team. The old saying of "You scratch my back and i will scratch yours", comes to mind. 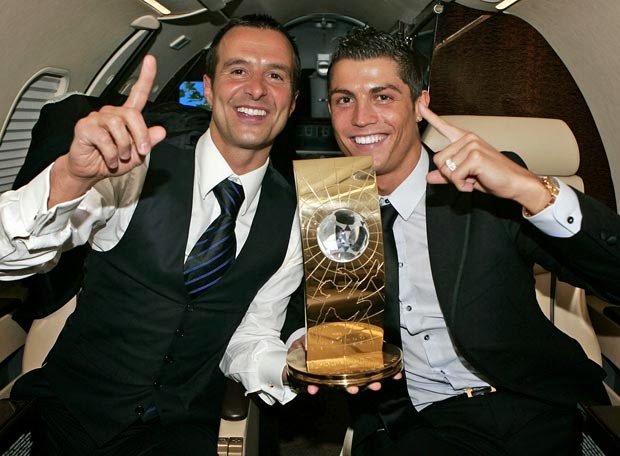