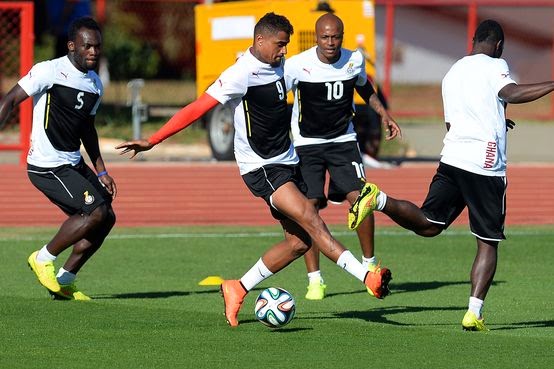 From allegations of bribes, match fixing and unpaid game premiums to indiscipline and physical altercations, Ghana is a World Cup nation in crisis.


Earlier in the week the Ghana FA president had come to the media to clarify some allegations of match fixing and bribing. Reports had come out that two FIFA agents had offered money to Ghana FA for them to “act” in a certain way during their World Cup matches. The reports were denied by the president, saying that the two men I question had approach him with a marketing offer but that he didn’t take the deal since he wasn’t sure of its legality or transparency.

As if this wasn’t enough to cast a cloud over Ghana’s presence in the World Cup, two days ago the players threaten with a strike for unpaid game premiums. Players were claiming that they hadn’t received any of the promised bonuses and if the payments weren’t made they would not take the field against Portugal. This got escalated all the way to the president of the country, which saw him getting involved with the FA to ensure the money was paid to the players on time so they could play their final group game today, against Portugal. This is decisive match for both teams, since both still have a mathematical chance of advancing to the round of 16.

The latest incident comes on the day of the final group game. Today was revealed that Kevin-Prince Boateng and Sulley Muntari have been kicked out of the national team camp and sent home. Muntari was already out of today’s game since he was serving a one game suspension for two yellow cards he received in the earlier group matches, but Boateng is a last minute “casualty” to this team just hours before the match. 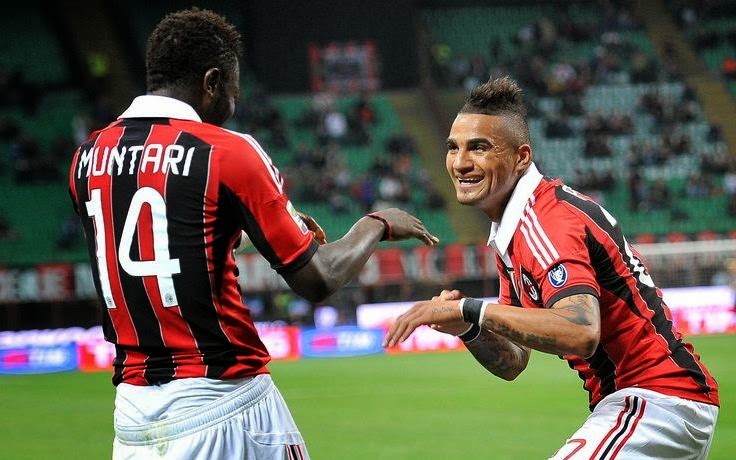 The Ghana FA is calling the incidents, acts of indiscipline. That is the reason given for sending these two players home. The allegations are that Muntari punched a member of the Ghana FA after the two had an argument on Tuesday, while Boateng had a verbal altercation with the coach, Kwasi Appiah. Both players have been suspended indefinitely from the national team, for their actions, which will have consequences far beyond this World Cup.

According to local sources, Muntari had an argument with a Ghana FA official over the unpaid game premiums, the argument eventually escalated and he punched Moses Parker, the FA official, in the face. Boateng’s altercation happened yesterday during practice. According to Boateng he and a team mate had some words, and the coach asked them if everything was ok, to which he replied with yes. Regardless both players were sent to the showers earlier. After practice he claims that he approached the coach to ask him if he had anything against him, and later on he found out he was suspended. He claims that he at no point insulted the coach.

Ghana, just like many other African nations, always seems to have problems during these competitions. Most if not all, are money and indiscipline related. This takes away from their focus and their purpose of being at a World Cup, and perhaps is the reason why African nations always fail at reaching a semi-final of a big tournament like this.
SHARE SHARE SHARE