Neymar Wins in Court but may Lose His Underwear 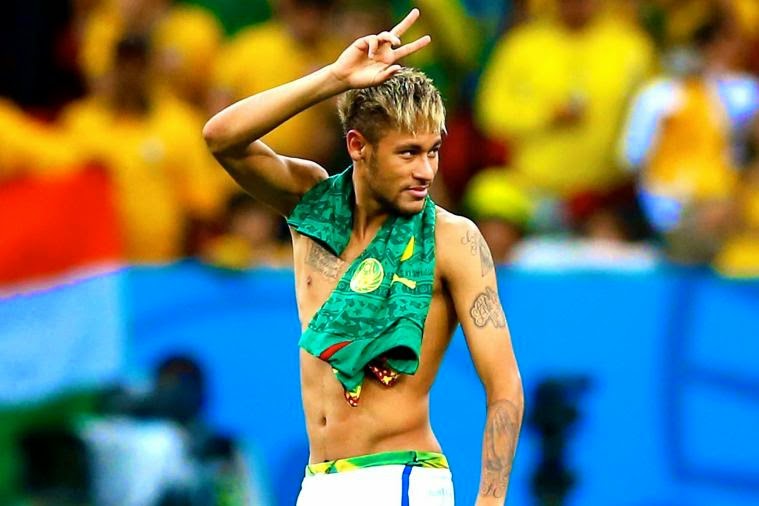 Neymar seems to be causing as much of a buzz on the field during this World Cup as he is off the field.


The Brazilian star is being investigated by FIFA for his use of un-sponsored underwear. Yes you read it right, underwear. He didn’t bite anybody or punch any opponent in the back; he wore underwear that is not an official sponsor of FIFA.

FIFA the non-profit organization that has billions in their bank account, which they claim is for a rainy day, considering how much it rained in Brazil this past week they probably should be looking at using some of that to help the people affected by the floods. Just a thought. FIFA is the same organization that “forced” the Brazilian government to allow beer to be sold in the stadiums so their Budweiser sponsor could make back the money they spent on the sponsorship of the event. Yes, that same FIFA is now investigating Neymar for his choice of underwear.

After the Brazil 4-1 win over Cameroon, a picture of shirtless Neymar made the rounds and FIFA got a wind of it and realized that the brand used by Neymar was not a sponsor of the event and therefore it would be deemed illegal by FIFA for him to be wearing it. FIFA launched an investigation immediately following the match, according to a Brazilian news outlet.

FIFA has fined players before for similar actions, and just to put it in perspective, Nicklas Bendtner, former Juventus and Arsenal forward was fined 80,000 euros for a similar incident, while acts of racism in Spain, Serbia and Croatia received fines bet 45,000 and 10,000 euros. That tells you all you need to know about FIFA and their priorities when it comes to the beautiful game. 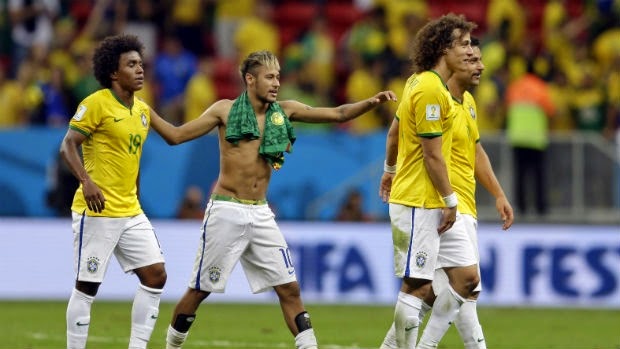 But this is not it when it comes to Neymar. The Barcelona man and Brazilian star has been a busy boy this week, scoring two goals against Cameroon and scoring a win against Playboy in the legal courts.

Sao Paulo Justice Court has suspended the publication of Playboy. The issue in question is the month of June.  The title of June’s Playboy edition says “The brunette that enchanted Neymar” and it has a photo of Patricia Jordane that alleges to have had an affair with Neymar.

At Neymar’s official site you can read the following statement “The publication used a lie about the personal life of Neymar Jr and also used his name without his consent or the consent of NR Sports, company owned by the parents of the athlete and only rights holder able to explore the image, name and attributes of the player”.
The court also ordered Playboy to remove all available issues from the market, or risk a fine of 3,305 euros.

Neymar is a winner, regardless of where the games are being played as long as his underwear is made by Budweiser. 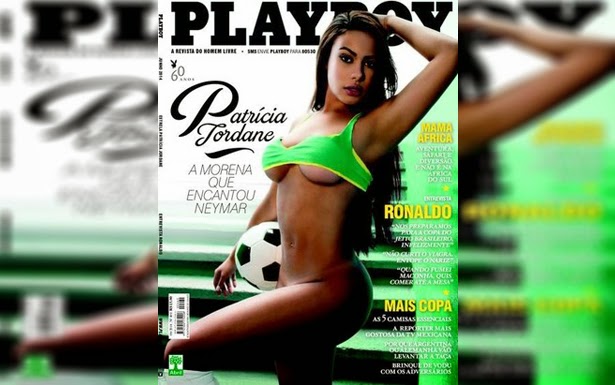