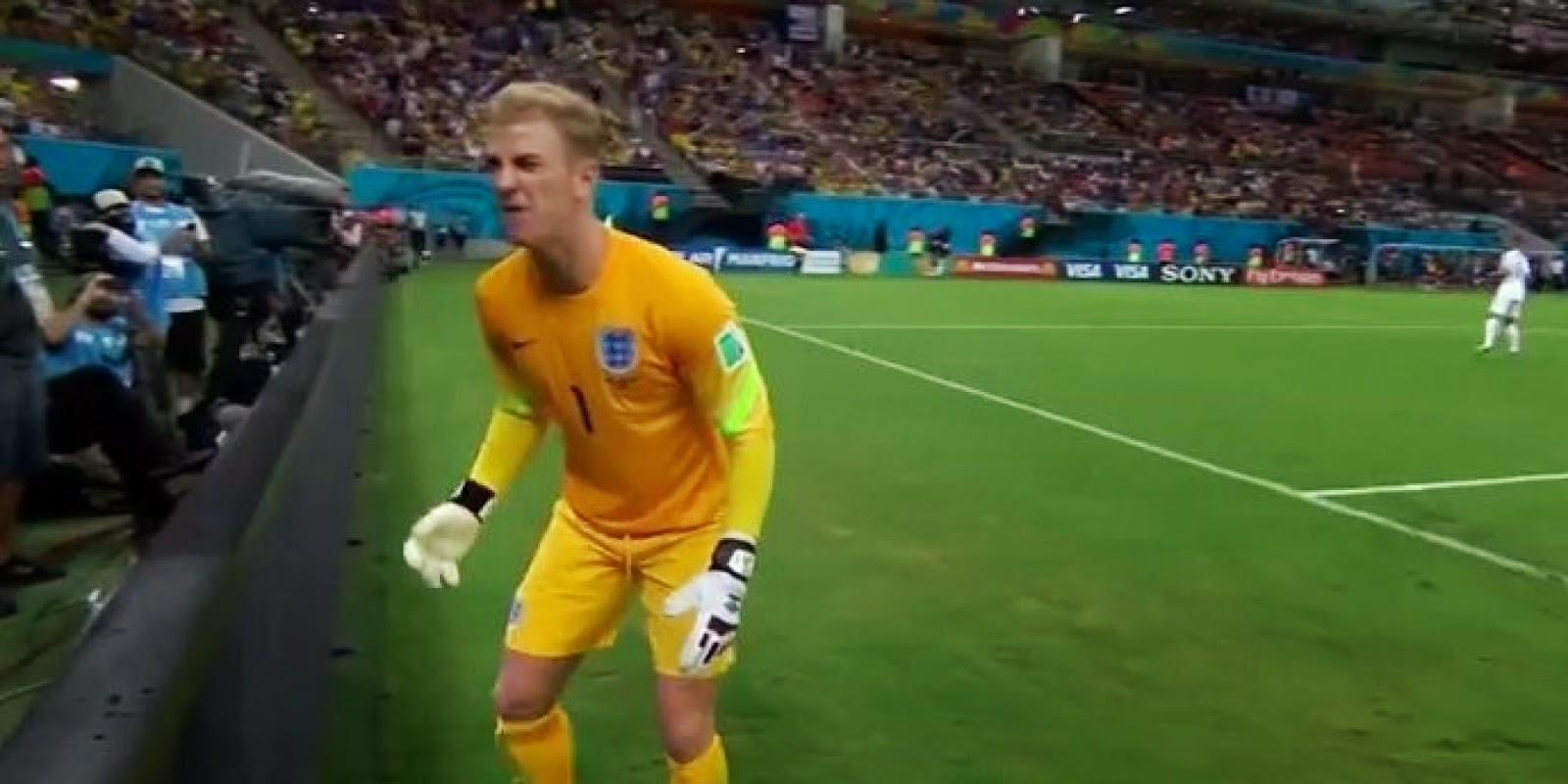 Last Saturday, England goalkeeper got a "bit" angry at the ball boy during his team's first World Cup match against Italy, after the ball boy apparently didn't provide him with the ball quickly enough. Hart even went as far as kicking the advertising board. With that in mind, we give you the video from that incident, and another 10 great moments of when the ball-boys (and girls) got a bit more of the spotlight than they anticipated.

This Brazilian ball-boy has his goalkeeper covered when the keeper is not in goal.

In 2012, Oldham's Lee Croft was accused of yelling racist remarks at a ball-boy during a match against Sheffield United. He later apologized, and the racist accusations were dropped.

This Chievo ball boy didn't even use Sulley Muntari's shirt to wipe his Pepsi can. (If you didn't catch the reference, you can watch the Top 10 Classic Pepsi Football TV Commercials)

In Brazilian football action, this sexy 22 year old ball-girl's quick ball distribution was the key to Botafogo's goal. Her 15 minutes of fame proved to be a stepping stone to a career in modeling, including a shoot for Playboy.

We are off to Brazil yet again, but this time instead of an "assist", this ball actually puts the ball in the back of the net. Unbelievably, the goal counted!

This ball-boy was the hero of the match when he gave the opposition player a rather hard pass into the groin. The White Heart Lane faithful seemed to enjoy it quite a bit.

We all remember that match against Swansea City when the belgian kicked at a ball boy who was not willing to give him the ball. That replay still makes me laugh every time I see it.

This Israeli kid knew exactly what he was doing when he quickly passed the ball to the home team when the opposition goalkeeper was out of position. Even in the post-game interview he takes full credit for the assist (which he deserves).

This one is my personal favorite. Not only does this Lierse supporter refuse to provide the Anderlecht goalkeeper with a ball, he follows the keeper and gives him the 'ol "whats up man? you looking for trouble?" look.

At number one I decided to leave you with maybe not so much the best video, but definitely the funniest. Ball boys all around the world should lean from this video that paying attention is important not just for the match, but for your own safty as well.