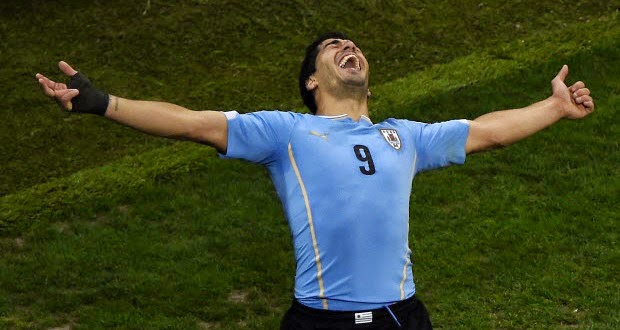 Day 8 is behind us, let’s us take a look at how the games shaped up.

A match that promised fireworks, contested between two attacking squads in Colombia and Ivory Coast did not provide the football everyone expected in the first half. With some chances for both sides, and Colombia enjoying most of the possession neither team was able to break the 0-0 deadlock. In the second half however, the spectators enjoyed exactly what they expected. Both sides returned to their attacking ways and the match opened up considerably.

The Colombians had a great chance to score first, with the Ivorian goalkeeper coming up huge, getting his palm and redirecting a Colombian shot onto the post. Ivory Coast did have good scoring chances, but their lack of creativity up front hurt them every time as they were unable to put the ball in the back of the net.

In the 64th minute, 22 year old AS Monaco star-man James Rodriguez (5’ 11”) found his way around fresh substitute Didier Drogba (6’ 2”) and headed the ball into the back of the net to give Colombia a 1-0 lead. Just 6 minutes later, Colombia was on the board again, taking a 2-0 lead after an Ivorian give-away created a 3v1 chance for the South Americans.

Ivory Coast managed to bring the score down to 2-1 after a very impressive individual effort from Gervinho, but it was too late as they would not be able to get on the board again, giving Colombia their second win of the group stages and so far a perfect record in this year’s World Cup with 6 points. 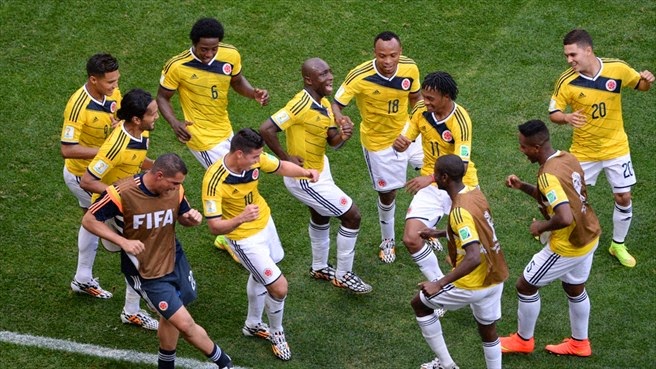 The marquee match of the day started off exactly the way everyone expected. Good action in the first 20 minutes, and although without any goals, the play was quite inviting as both squads began real well with attacks on the opposition net.

After the squads feel each other out it was England who kept the ball for the majority of the second half of the first forty five. But Uruguay needed just one chance, and one good ball into the box was enough for none other than Luis Suarez to put his South American side up 1-0 in the 39th minute.

England would have a few more chances after that, but not even a point-blank header from Wayne Rooney could provide the Three Lions with the goal they needed, as it hit the post. In the second half it was more of the same, as England pressed for the goal that would give them a chance to qualify for the next round. In the 75th minute they took their chance. A ball into the box and Wayne Rooney would at last have his World Cap tally as the Three Lions tied it at 1-1. But against the run of play the Uruguayan’s would come up with the big victory when EPL star Luis Suarez would be the thorn in the English’ back yet again.

A 2-1 final that will most likely see the Three Lions head for the early exit in this summer’s tournament. 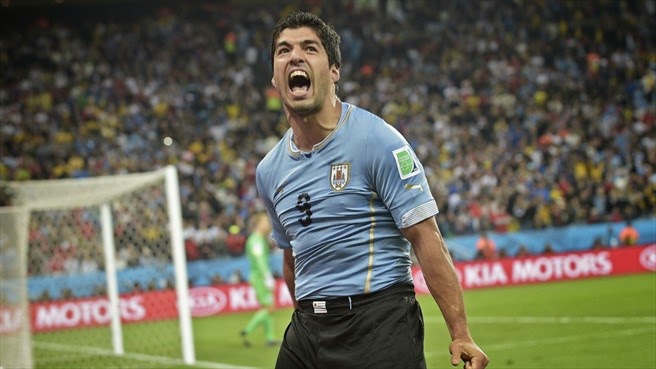 Japan and Greece both came into this game after losing their group stage with a loss. This game was very important for both teams if they were to keep their dreams of advancing to the round of 16.

Things got better for Japan when Katsouranis got his second yellow card which saw him seeing the red and being sent to the locker room before halftime. The two yellows came in the space of 10 minutes and just meant Greece would have to play the last 50 minutes of the game with only 10 players.

At halftime the score was still 0-0 and now Japan had the one man advantage to try and capitalize on.
Japan took control of the game in the second half, as it was expected but they were never really able to break the Greek defense.

The Greeks just defended with more man and with closer lines just making it impossible for Japan to find any space on their attacking half. The game ended in 0-0 with both teams still having a chance at advancing to the round of 16. 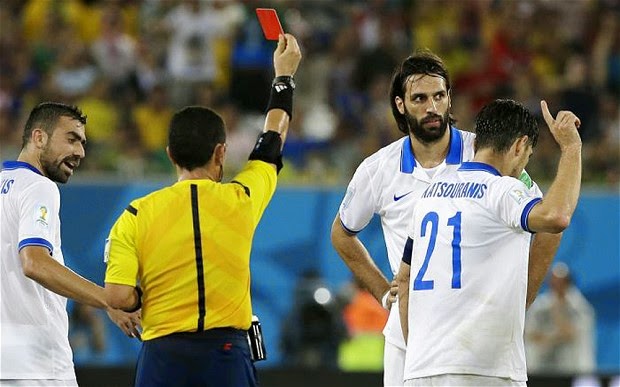 Nobody got the exact scores, by Pedro and Iain had the right result for Colombia and Iain also getting the draw for Japan vs Greece.
SHARE SHARE SHARE