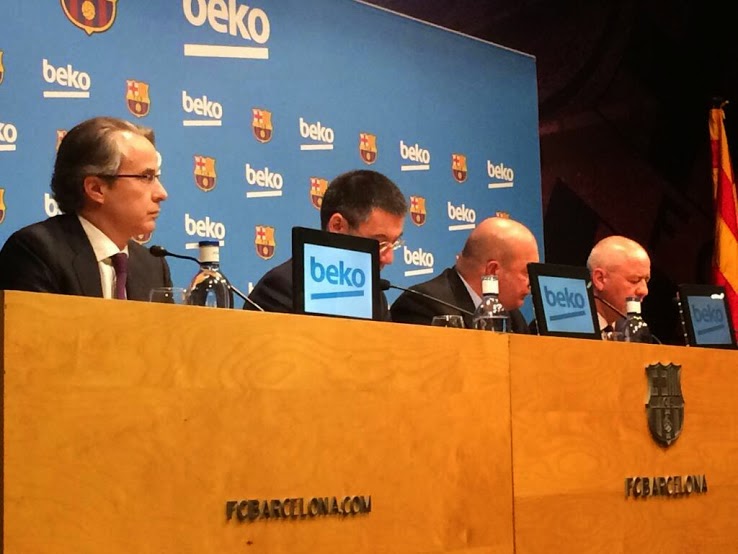 Barcelona announced today that they have signed a new shirt sponsorship deal with Beko. Beko is a Turkish domestic appliances brand, with a very strong presence in the European market. They have a very large sales base in the UK and Poland. The deal was announced today at Camp Nou where the new shirtss showing the logos were also at display.

Beko will be the third Barcelona sponsor, joining Nike & Qatar Airways. No financial terms were disclosed by either side.

Beko will have their logo displayed on the left sleeve of the new Barcelona jerseys, making it the fifth visible brand. They will join Nike (jersey maker), Qatar Airways (front), Unicef (back) and Intel (inner jersey sponsor).

The following is the official release from FC Barcelona :

“This alliance with Beko and the Arçelik Group of Koç Holding is especially pleasing for us. As I said before, we know that Barça are very well loved and admired in Turkey and we estimate we have about 10 million fans there and are the country’s most popular Club. These are loyal supporters, who recognise our singular nature and know that we are “more than a Club”. For Barça, that is as important as our sporting success”, said FC Barcelona president Josep Maria Bartomeu 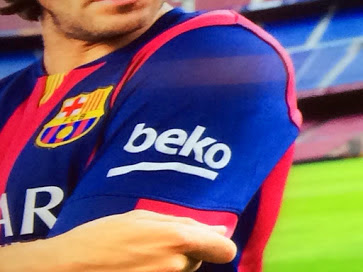 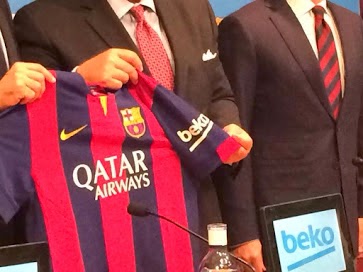 The partnership will start this 2014/15 season and it will run for four seasons. During that period of time the Beko logo will be seen on the left sleeve of the jersey. The Beko logo will only be seen during La Liga games and Copa Del Rey. Champions League only allows two sponsors, which will be Qatar Airways and Unicef.