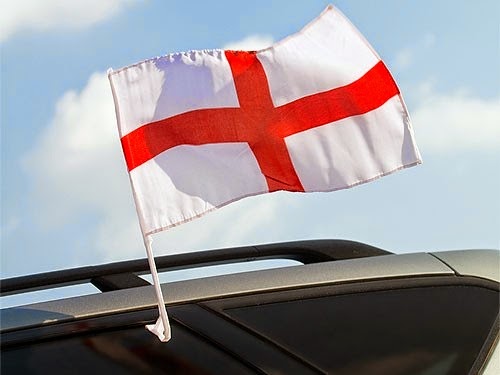 What is it with those little car flags?
I learned an important lesson on Saturday night. That is, never attempt to write a World Cup Recap report after twelve pints. As I passed out, dropped forward, smashed my face off my keyboard, then woke up, wrote some more and then repeated these steps, I swore "Never again!".

But it had been an England match day, so perhaps I had been a little foolish to accept the assignment in the first place. England matches, if you're a fan of the Three Lions, involve a few pre-match beers to calm the nerves, one or two during the match to help fuel the passion, and then a proper post match drink to drown the frustration. Fortunately one of my colleagues here at FootyFair quickly changed my rambling, badly formatted, disaster when he got up in the morning. I'm chalking it up to a lesson learned though.

Despite England's narrow loss to Italy I will be keeping my St. George's Cross flag flying proudly on my car and in front of my house. I often wonder though when I'm putting it up, if I'm doing it to show my support for the land of my birth or more of a 'fuck you' to my mainly Italian, with a smattering of Dutch, neighbours. I can be a bit vindictive like that unfortunately. 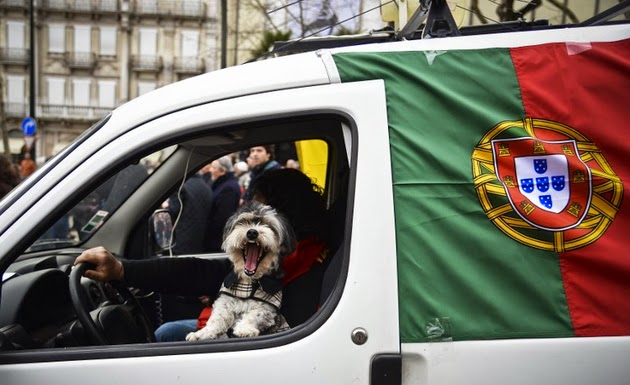 I thought about World Cup flags yesterday during the Germany vs Portugal match. As Thomas Muller and friends took Portugal behind the woodshed for a good Old Country style thrashing, I couldn't believe how much joy people were taking in Portugal's demise. With Portugal draped over his knee, and Muller screaming "Ya! Dats gut for you!", while handing out a merciless beating, the people around me were in raptures. I looked around the room and they didn't appear to be all German. So I started wondering why people hate Portugal so much. 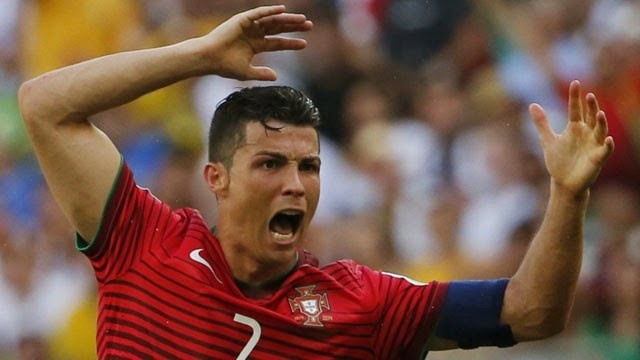 Part of me thinks it's the over expression of patriotism towards the country of their, or their parents, origin. Whereas I only have one St. George Cross on my car, many Portuguese people in my area have at least two flags. I've also seen some of their compatriots that drive pickup trucks disregard the standard car size flags entirely and opt for full size flags that you'd hang from a pole outside of a government building. There's also a few people in my area who have applied Portugal flag vinyl decals to their cars. Perhaps it's the over abundance of patriotism that rubs people the wrong way. 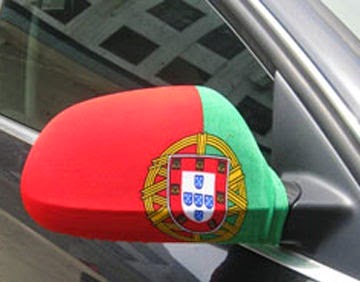 I asked one of my co-workers about it, him being from a country who has no World Cup involvement, and he said, "They're hated because so many of their fans are douches, that become soccer experts every two years." Wanting a more objective view, I asked my Portuguese colleague here at FootyFair for his take on why so many neutrals around here hate the National side of his countrymen. Helping me out for the second time this week, after cleaning up my messy Saturday night recap, he said that "too many fans and some of the players are far too arrogant. For a country that has never won a major tournament they act like they are five times World Cup winners."

That reminded me of what another one of my Portuguese friends said to me two weeks back. He said that Portugal would definitely win the World Cup despite the squad's limitations. My friend, who is a fairly knowledgeable football fan, said that despite a fairly average squad, Ronaldo alone could carry them to the title. If I didn't like him so much I probably would have called the men in white coats to come and pick him up. A side that features Nani as a starter is someway short of having the quality needed to win the greatest prize in football. His misplaced overconfidence was truly puzzling.

Speaking of sides with deficiencies, my thoughts turned to my own country and the hatred some have towards it. I understand that people hate England because of the Empire's colonial past, the Royal Family, the stiff upper lip, the constant reminders of 1966 and Hugh Grant films. But it's also about the hype machine that is the Barclays English Premier League. The much heralded "Greatest League in the World" barely features any English players in the top clubs anymore. But the ones that are in these big sides are marketed as great players, when they probably are only decent at best. 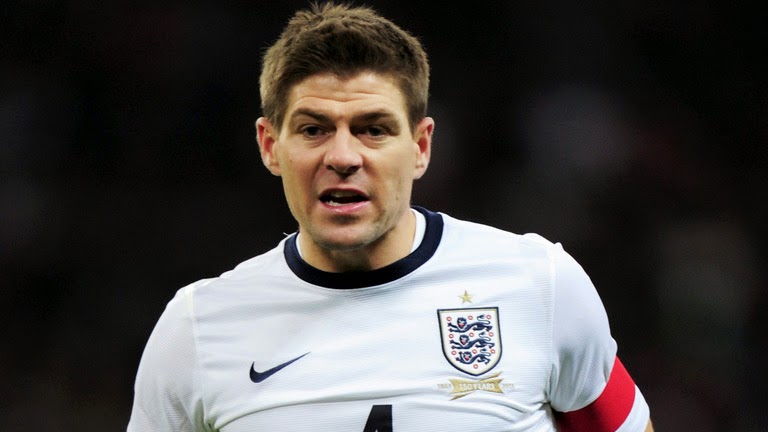 Steven Gerrard and Wayne Rooney for example, are very good players that have won plenty of prizes at club level. However to call them great and place them alongside players you could truly call great, like Lionel Messi or Cristiano Ronaldo, is pretty foolish. The problem is that you see these guys side by side with the top players in the world in splashy soda commercials and people get the wrong idea. This over exposure of players like Rooney adds to the perception of English arrogance. So it's hardly surprising that people revel in our failures.

It is quite something though to see Rooney exchanging slick passes with Ronaldo, in a well produced Nike advertisement, and then see him in an actual match. These days he quite often looks a few pounds overweight, red faced, bacon grease style sweat dripping from his pores and carrying the look of a man who smells like Benson & Hedges. It doesn't help that he often displays the first touch of a fumbling forty-five year old virgin having a tryst with a lady of the night. 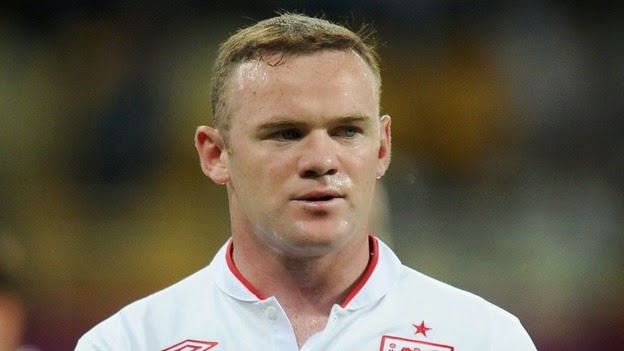 The other crushing defeat that excited the neutrals was that of Spain's destruction by the Netherlands. Personally I've never found the Spanish fans to be arrogant, despite having good reason to be, and they aren't as in your face with the flags either. But what you have with Spain is a team that swept aside all comers over the past six years, winning 2 European Championships and a World Cup. Their much vaunted Tiki Taka style has attracted a lot of loathsome Football Fashionistas though, who latch on to the latest trends like a face-hugger from Ridley Scott's Alien. With Spain's incredible success and the resulting cavalcade of bandwagon jumpers behind them now, comes a desire from some people to see them fail. Ten years ago no one besides Spanish fans cared about their national side, but in the corner of the hearts of men comes the desire to see the mighty fall. Consider how much you laughed when you saw Nick Nolte's disheveled mug shot, or how you nodded your head and smiled when you heard that pop scrotum Justin Bieber had spat on his own teenage fans. From a sporting perspective who didn't enjoy the mighty Miami Heat losing in the recent NBA Finals? 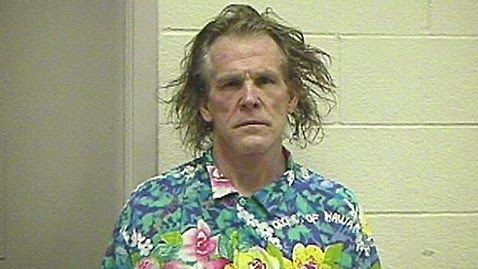