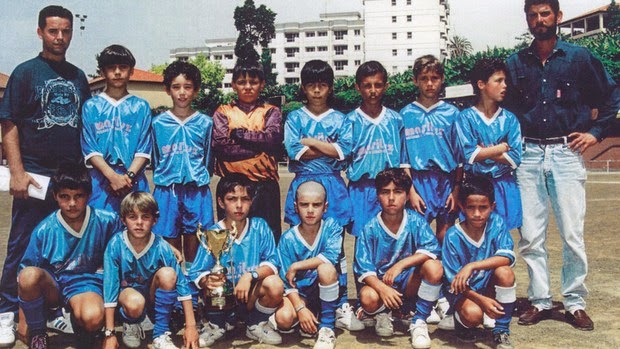 From the CF Andorinha in Funchal, Madeira to the World Cup in Brazil. Cristiano Ronaldo humbling beginnings gave him the roots that he needed in order to be a World Cup star for his country.


CF Andorinha was created on May 6th 1925 and legend says that the name of the club originates on a shot from one of their early players that took the flight equal to one of those spring birds. Andorinha is the Portuguese name for a Swallow. The bird is very common in Portugal and you can see them mostly during spring.

CF Andorinha is a soccer club of the biggest district in Madeira and it would be unknown to the football world if not for being the first club of Cristiano Ronaldo. The club is now 89 years old, but it has in Cristiano Ronaldo their biggest export. He joined the club at the age of 6 by the hand of his father. His father, Dinis, was a coach and clerk at the club. The club was a big part of Cristiano Ronaldo’s dad, he spent most of his free time there helping in any way he could, so it was only natural that he would bring his small son there to get his first taste at competitive football.

Jose Bacelar, the current club president he was at that time Cristiano Ronaldo’s first coach. He says that his talent was already obvious at that time. He made him the team captain due to his natural ability on the field but also his instincts to lead his team mates on the field. He finds it incredible how Cristiano Ronaldo was able to develop into what he is today, not from the ability perspective that he always had, but the poor conditions that the club had for the development of players. They didn’t have grass fields or even a proper headquarters, most of the times the kids practiced and played on fields full of rocks.

Cristiano was only at CF Andorinha until he was 9 years old, at that time the two giants from Madeira, Nacional & Maritimo, where after the upcoming star. Nacional won the race and Ronaldo moved to his first big club. He was already a very confident player at this point and some of his team mates at Nacional didn’t like the fact that he would hold on to the ball and not pass, but at the age of 9 Cristiano Ronaldo was already showing signs of the star he would become. 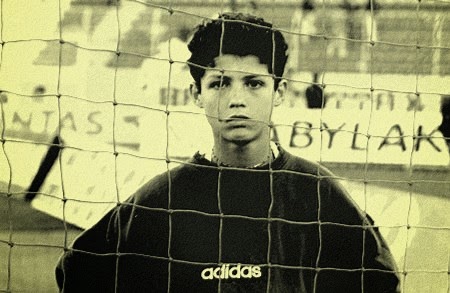 CF Andorinha didn’t get their first field until 2002, at this time Cristiano Ronaldo was already at Sporting CP. It was the transfer from Sporting CP to Manchester United that really made the difference for CF Andorinha. The money received for the development of the Portuguese star, allowed the club to invest in infrastructure not only for the football side of the club but also the other sports played at CF Andorinha.

The club has always been linked to Cristiano Ronaldo and that hasn’t gone unnoticed to the footballing world. In 2011, FC Porto launched a partnership with the modest CF Andorinha. This partnership is to promote and support the development age groups from U7 to U11 and perhaps find the next Cristiano Ronaldo.