Portugal Points to Cristiano Ronaldo in Search of Solutions 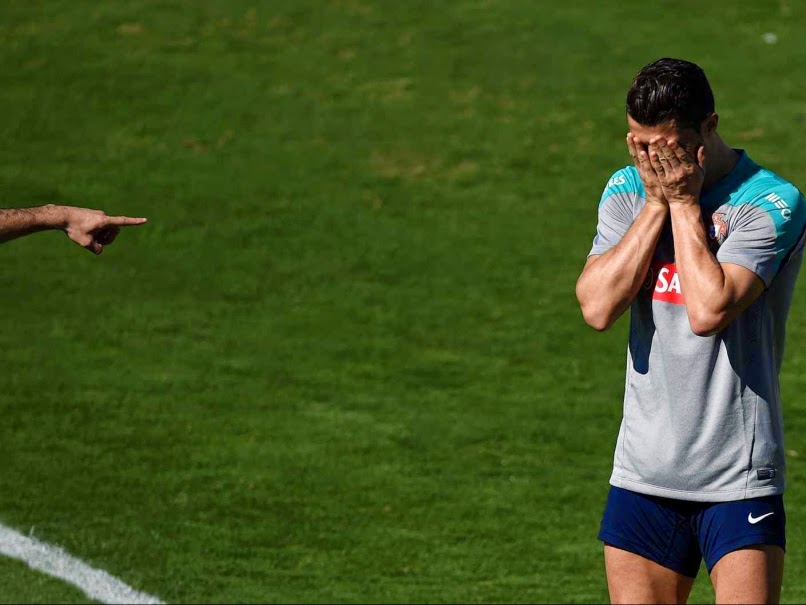 Portugal’s hopes of advancing to the round of 16 have one name, Cristiano Ronaldo.


Technically that is two names, but you know what I mean. Today Portugal will be playing their first “final” against USA and only a win will keep their hopes of reaching the round of 16 alive. Portugal will be missing Rui Patricio (GK), Coentrao (LB), Pepe (CD), Hugo Almeida (F), possibly Bruno Alves (CD) and Cristiano Ronaldo is less than 100% fit for this match. This team is nowhere close to maximum strength.

Cristiano Ronaldo will play tomorrow, regardless of how fit he is, he will be on the field. He wants to win and he wants to help his country advance. That is admirable of him, but he will be doing it at what cost?
He has been injured for some time now, and tendinitis requires rest, and that is something he hasn’t had all year. He must feel like he is trapped between a rock and a hard place. On one hand he has an injury and there is a fear of aggravating it and causing a long term stoppage, on the other hand he knows he has a country looking at him as the savior of the nation. He should do what is best for him, but the coaching staff should do what is best for Portugal.

In my first sentence I said that Portugal’s hopes of advancing rested on his shoulders, but by no means was I implying that he should play. I think Portugal could be successful without him on the field. He is currently a distraction for the team. Everyone is asking about him and his injury and I am sure that all the players are wondering about his fitness level as well. This is taking away the focus from the game and going into this match everyone should be 100% focus.

Perhaps Portugal could look at France and see that they have made due without Ribery and there is no reason why Portugal couldn’t win the next two games without Cristiano Ronaldo. They are missing key players, but the ones that will take the field this afternoon should be able to get the result they need. What they don’t need is a distraction or the feeling that without Cristiano we are doomed. This is where the coaches come in, they need to make all players believe in themselves and play as a team. If Ronaldo plays he would be just one more piece to that team, but he is NOT the team. That should be reinforced and I don’t think it is. 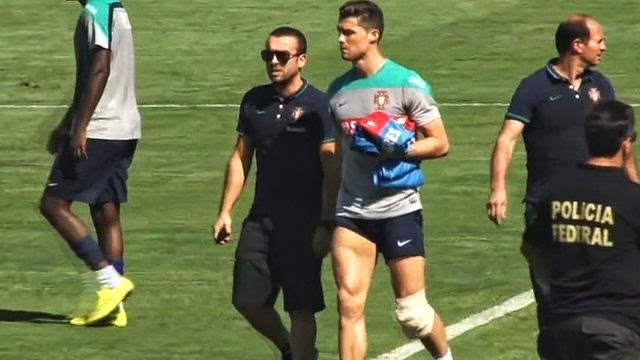 Portugal as Argentina suffers from one player dependency. Cristiano Ronaldo and Messi have become larger than the team, and when that happens it is very hard for a team to play like a team, because everyone is looking at those guys to resolve the match. This afternoon will be no different; all the players will be looking at Ronaldo to be that difference. If he was healthy I believe he could be that difference, since he has showed that he can be, time and time again, but the Cristiano Ronaldo I saw against Germany is far from having a positive impact on any game. His injury has made him a sideshow.

Tomorrow will give us one of two Ronaldo’s. He will both take the game by storm and resolve it for Portugal or he is not able to play at his level and will make his team play with 10 men while having him on the field. The coach should see which one he gets, and if the second one shows up he should sub him for his sake and the sake of the team.

Cristiano Ronaldo will walk on the field tomorrow and somehow I feel that for him it is a no win situation regardless of what the outcome is. 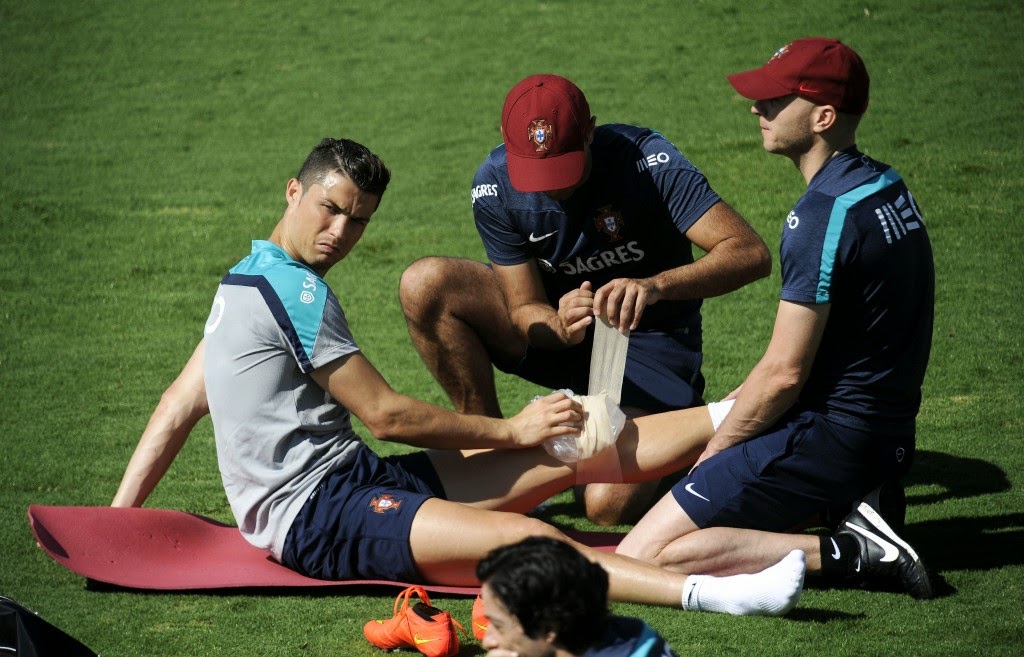