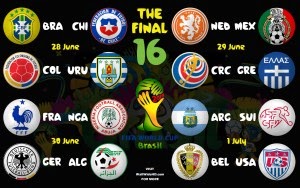 With the World Cup round of 16 matches just around the corner, our guys make their picks. Let us know what you think.

Kon: Call me crazy but I'm going with an upset right from the start. I enjoyed watching Chile play and I think they have the right chemistry and attacking football to defeat the hosts. Brazil did not impress me one bit and although chances are they will go through, I am picking the Chileans for the huge upset here. [Final Score: Chile 2-1 Brazil]

Pedro: I haven't been impressed with Brazil so far, so i am going to go with Chile on this one. Vidal has looked good and so has Alexis Sanchez. If they can control Neymar they have a chance at winning the game and sending the hosts packing. I am picking Chile for the win. [Final Score: Chile 1-0 Brazil]

Iain: Besides Neymar, I haven't been impressed with Brazil at all in this tournament. They have looked flat, whereas the Chileans have looked vibrant. That being said, with Brazil at home I still expect them to grow and improve as the tournament progresses and now that we're in the knockout stages I think they'll start to play. I'm going with Brazil with a narrow win. [Final Score: Brazil 2-1 Chile] 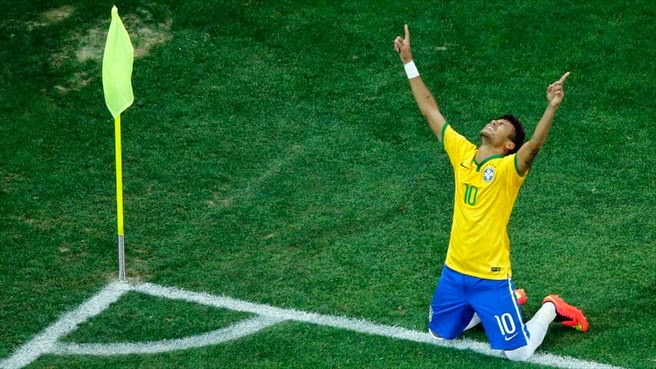 Kon: Unlike many, I am still not a believer in the Colombian side. Not to say that I don't think they have some great pieces, which they do! James Rodriguez is a youngster that stands out, but given his age and the fact that he does not compete in the elite leagues of Europe (sorry Monaco and Ligue 1 fans) I can't see him making much difference. That said, Uruguay is missing Suarez, and that's obviously a huge loss. As much as I would love to see Diego Forlan come in and make a difference, I just don't see that happening from the ageing striker. I see this match going into extra-time and possibly even penalty kicks. [Final Score: 1-1, Colombia wins on PK]

Pedro: Uruguay is not the same team without Suarez and a Colombia team with Quintero and James Rodriguez playing some of their best football up to date, just gives me full confidence that Colombia will win this game. Uruguay will struggle to score and Colombia’s free flowing game will cause problems to their defense. [Final Score: Colombia 2-0 Uruguay]

Iain: Uruguay will simply not have the firepower without Luis Suarez and seemed to get all of the breaks in the group stages. That won't happen here as Colombia's James Rodriquez and Jackson Martinez will tear them apart. [Final Score: Colombia 3-1 Uruguay] 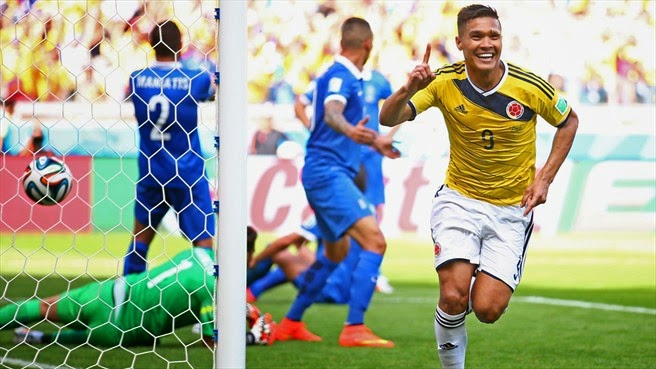 Kon: As much as I enjoyed Mexico's performance thus far, I just can't see them going past a very good Dutch squad. Defensively Mexico is quite solid, but up-front they may have trouble breaking down the Dutch defense. Netherlands on the other hand completed a perfect record in the group stages, even though it was quite obvious they were in "chill" mode for their last two fixtures. [Final Score: Netherlands 3-1 Mexico]

Pedro: I can't image Mexico beating this Dutch side. Ochoa would have to play the game of his life in order to stop this high flying Dutch team. Netherlands should be able to score enough goals to put Mexico away in the first 45 minutes. Up front, Mexico doesn't have enough fire power to compete with Netherlands, so if they are to go down a goal it will be very difficult for them to fight back. [Final Score: Netherlands 2-0 Mexico]

Iain: The Netherlands have been arguably the best side in the group stages, with Arjen Robben looking irresistible. With Robin van Persie back from suspension, I expect them to have enough fire power to get past Mexico. But I don't expect this talented Mexican side to make it easy by any means.
[Final Score: Netherlands 2-1 Mexico] 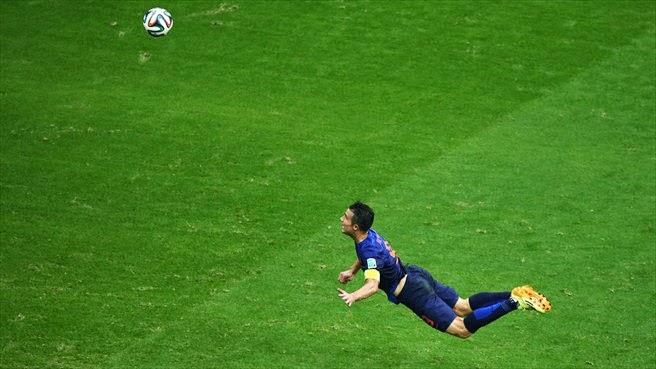 Kon: God know I love the Ticos. And if god doesn't, than at least everyone around me is sure to tell you that I am a big fan of their spirit and passion. Unfortunately, I am not convinced that they can come away against this very stubborn Greek side. To be honest I really wish the Costa Ricans can get it done, but my prediction this time will be one that is more educated rather than emotional. [Final Score: Greece 1-0 Costa Rica]

Pedro: Greece will play their usual game, defending with 11 men and waiting for a mistake to score on the counter attack. Costa Rica has a very good team and they play a better overall game, but for them to win this game they will have to play smart and score first. If Greece scores first it will be very difficult for Costa Rica to break them down. I expect it to be a low scoring affair with Costa Rica winning the match [Final Score: Costa Rica 1-0 Greece]

Iain: Greece, one of the toughest sides in world football to break down, will pack numbers behind the ball and look for breaks. For Costa Rica the key will be patience and not get caught out with too many numbers caught up the pitch. I expect Costa Rica to just about squeak through this one.
[Final Score: Costa Rica 2-1 Greece] 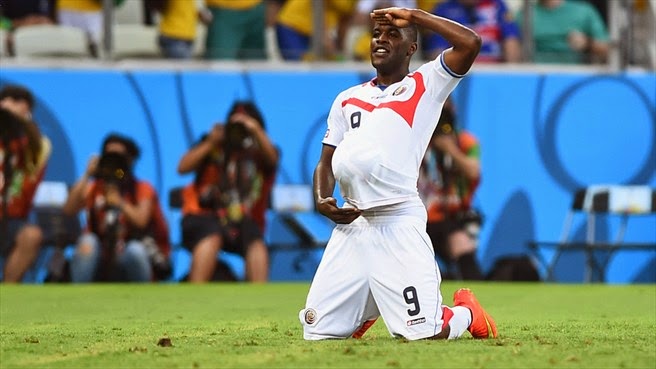 Kon: France are just too good for this Nigerian side. Plain and simple! Although Nigeria put 2 past the Argentinians, they struggle to score on most days and France were solid defensively aside from when they had a huge lead on Switzerland (they really just stopped playing). I don't see how the African side can come out with anything but a loss in this one.
[Final Score: France 3-1 Nigeria]

Pedro: France has proved so far in this tournament that they are in it to win it. I don't see this Nigerian team making a dent in France's armor. France has a dynamic midfield and two prolific goal scorers in Benzema and Giroud, which will be enough for them to defeat this Nigerian team. Nigeria will try to play on the counter attack, but France does not lose possession with ease in the middle of the field, so it will be a game where Nigeria will spend most of the time in their defensive zone, trying to deny France a goal that will come in time. [Final Score: France 3-0 Nigeria]

Iain: Although they were not in an overly challenging group, France looked like one of the best sides in the tournament with their quick approach play and goal scoring threat. Nigeria will rely on counter attacks, but I simply don't think they'll have enough opportunities to seriously worry this French side.
[Final Score: France 2-0 Nigeria] 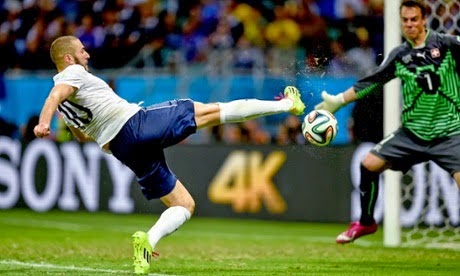 Kon: Algeria came out of a pretty bad group. Although I was quite impressed with their achievement, all four teams (including the Belgians) showed no signs of dominant football. The Germans cruised through the first round with a small hiccup against Ghana, but for the most part looked like they could handle most challenges. I see no way for the Germans to stumble in this match-up! [Final Score: Germany 3-0 Algeria]

Pedro: This game won't be as easy for the Germans as most people think and i believe Algeria has a chance of pulling the biggest upset of the round of 16. They have a very good keeper, strong defensive lines and a forward in Slimani that can score with his feet or his head. He will cause a small and not as mobile defense a lot of problems. He is not the kind of player that you want to defend if you are not physical and fast. He will have opportunities to score and he will do it, the question is can they keep Germany off the board. [Final Score: Germany 1-1 Algeria, Algeria wins in PK 4-2]

Iain: The Algerian's have already exceeded all expectations by reaching the Round of 16 for the first time in their history. With Slimani in imperious form, they'll look to beat the Germans on the counter and if the first round is anything to go off of they'll be coming up against a back line that does have some holes. However, the Germans simply have quality all over the pitch and should have enough strength in midfield to overcome the North African side. [Final Score: Germany 2-1 Algeria] 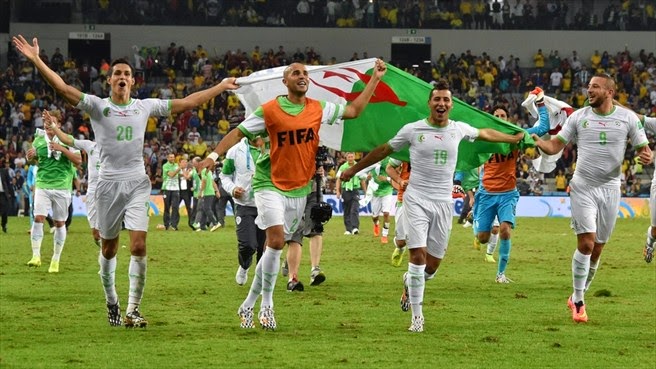 Kon: Argentina has not impressed me one bit so far, even with their perfect record. Switzerland did have brilliant moments, but also some dull ones during the group stages. I believe this will be the boring match of the round of 16, but still see Messi’s side advancing. [Final Score: Argentina 2-1 Switzerland]

Pedro: Argentina hasn't looked good in any of the previous three games, but they have Messi, and that is half the battle. Shaqiri seems to be coming into a zone, so it will be a battle of the two smallest players on the field. Messi has the advantage of having a far better supporting cast, but Switzerland can defend better than any of the teams Argentina faced in the group stages. This game will need more than 90 minutes to have a winner. [Final Score: Argentina 1-1 Switzerland, Argentina wins AET 2-1]

Iain: Like their arch-rivals Brazil, Argentina haven't looked at their best yet in this tournament and can thank Messi for the 9 points they achieved in the group stage. Switzerland are a young exciting side, with the brilliant Shaqiri in their ranks, but with Messi in this sort of form I can't see the Swiss stopping him.  [Final Score: Argentina 3-2 Switzerland] 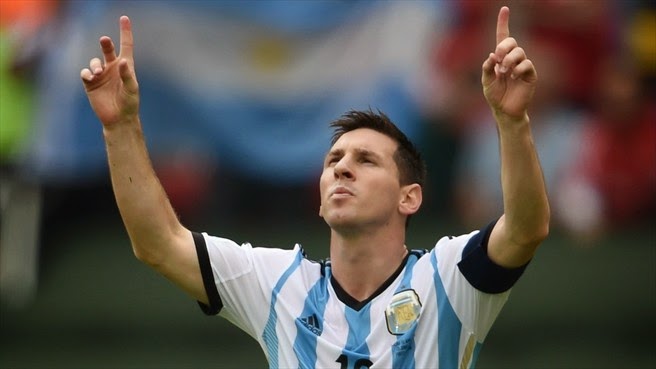 Kon: I can’t wait for this match. I was not a big fan of Belgium’s group stage play, and I am not a huge USA supporter, but something about this one makes me feel we are in for a good one here. I think the teams are fairly evenly matched, with Belgium obviously being a slight favorite. That said, I like the American’s discipline and how their lines work in cohesion. I think it’ll be a close one, and may even go to penalty-kicks. What would be a better thing to see than Tim Howard and Thibaut Courtois square off? [Final Score: 2-2 Belgium wins on PK]

Pedro: Belgium is my pick going into this match. They have a far better team when it comes to individual talent, but the USA won't be an easy task. Belgium will be missing Defour, due to a red card he saw in his last group stage game, but he is not a key player on this team. Witsel and Fellaini in the midfield will give them enough muscle to combat the USA midfield. Bradley will have to play his best game if he is to hold the USA in this game. Both teams are not very strong defensively, but they can score goals, so i expect this game to be a goal fest. [Final Score: Belgium 3-2 USA]

Iain: Belgium, everyone's dark horse, got through the group stage with a perfect record, but a lot of questions about how much that meant considering their relatively weak opposition. On paper they have one of the most exciting sides in the World Cup, but it hasn't translated on the pitch. The USA got out of the Group of Death with hard work, intelligent tactics and some brilliant individual performances. I expect them to take Belgium to the limit and shock them in a penalty shoot out.
[Final Score: USA 1-1 Belgium, USA wins in PK 4-3] 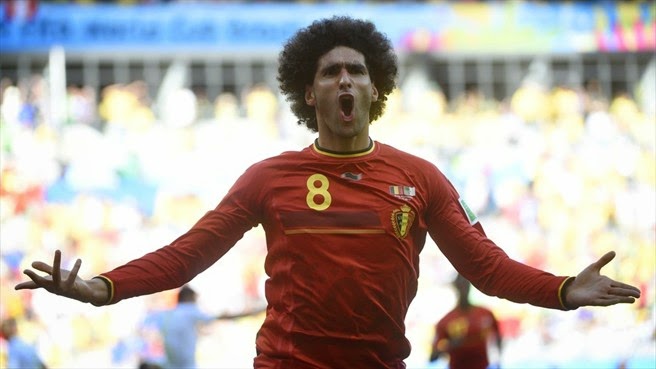