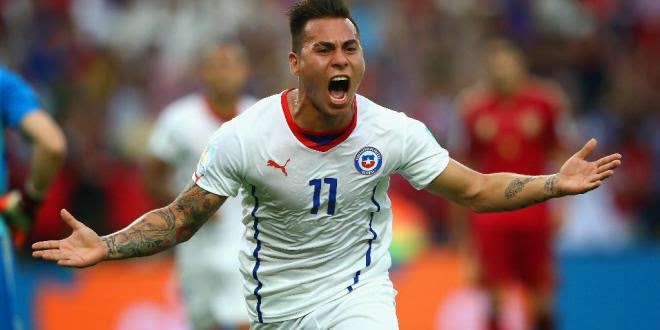 Day 7 saw three countries being eliminated from the tournament and some amazing goals.

After Netherlands dispatched of Spain 5-1 in their group’s opening match it was only natural to expect the same sort of performance today against an Australian side that had played well against Chile but lost.

This is the beauty of the game, sometimes things are not what they seem, and the first 45 minutes have proved that. Australia came out very personalized looking at playing an equal game to Netherlands. Not a possession game, but a game where they defended high on the field, trying to force the turnover and then move quickly into attack. The plan looked to be working until the 20m mark, when Arjen Robben, stole a ball from an Australian player, and darted half the field and finish it with his left foot. It looked like Australia was going to have a long day, but in the following play; a ball is crossed into the area and Tim Cahill scores on a volley with his left foot. What an incredible goal.

The game was back on level terms and for what both teams had done until that point it was a well-deserved result. For the remaining 25 minutes both teams had chances to go ahead, but were unable to convert. Netherlands is having a hard time building from the back, and that is due to the fact that Australia is defending far up the field.

The second half was electrifying. This has to go down as one of the best games of the tournament so far. Australia started the second half as they had played the first half, applying pressure up on the field, and quick counter attacks on the wings. From one of those attacks came Australia’s second goal. Bozanick tried to cross a ball into the box but Janmaat with a hand ball to concede a penalty early in the second half. Jedinak would score the penalty to give Australia the 2-1 lead at the 54th minute mark.

The lead would not take long, four minutes later Van Persie would equalize for the Dutch. A very nice play between Sneijder and Memphis with Van Persie putting the final touches on it. We were back at level score and for the neutral this game could not be going any better. 2-2 was the score at the 58th minute mark, and somehow you had a feeling that it wasn’t going to be all the goals we would see in this game. Either teams looked like they could score again and regain the lead.

Ten minutes later and the Dutch would take the lead by Depay. A shot from outside the box that had a bounce to it and Ryan, the Australian keeper, wasn’t unable to stop. He still managed to get his fingers on it, but wasn’t able to stop it from going in. Looking at that play you are left with the impression he could have done more to prevent it from going in, but there was a lot of movement on the ball.

At this point it looked like the match had leaned over to the Dutch side and it would take something special to see them lose this one. Australia still tried to push for an equalizer but the Dutch remain organized at the back and were able to see this game through. This was an important win for Netherlands that has them with 6 points and top of the group. A difficult loss for Australia that has played two wonderful games and has nothing to show for. They are now officially eliminated from the World Cup, with still a match against Spain to be played. 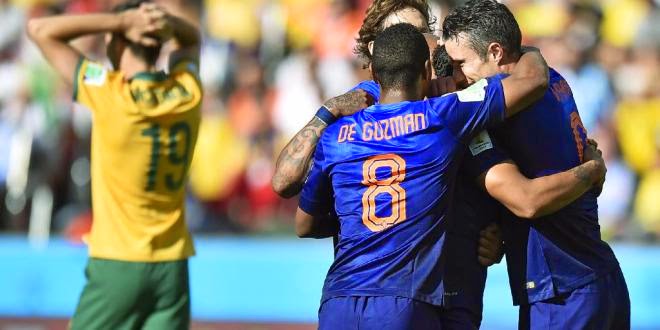 Chile came out looking for an early lead and only 2 minutes into the game a bit of confusion in the Spanish penalty area almost sees Chile going up 1-0 in the game, but the deflection went inches wide of Casillas net.

It was a sign for Spain that Chile wasn’t here to just defend or wait for Spain to control the game. The midfield play of Vidal and Isla had more muscle than Spain’s Xabi and Busquets. Spain wasn’t able to play their passing game and was struggling to deal with the physical play of the Chileans. Chile on the other hand was recovering the balls quickly and effectively in Spain’s own half and the speed of Sanchez and Vargas was causing Spain’s defense a lot of problems.

You could feel that a goal was coming and Chile didn’t disappoint, in their second real opportunity, the speed of Sanchez and Vargas came into play and Vargas nets the leading goal. It all started with Vidal getting the ball back from Spain in their half and using his speed and passing ability to break through the defensive zone.

Chile after the goal continued to apply pressure on any Spanish player that had the ball, this incredible pressing is leaving Spain without the ability to string three passes together and even approach the Chilean penalty area.

Chile wasn’t done yet and at the 44th minute following a free kick from Sanchez, Casillas punched the ball forwarded and it landed on Aranguiz feet. It was all he needed to toe punt it into the open net. Chile was up 2-0 at the half and Spain looked decimated.

It was obvious that if Spain was going to come out in the 2nd half playing the same way they played in the first half that they might as well packed their bags and take an early flight home. Spain swapped Xabi Alonso with Koke at halftime hoping that it would give them some more spirit, and offensive abilities. At this point they needed a goal so it was time to risk a bit more and put more offensive players on the field.

Chile had a two goal lead and they knew all they had to do is control the middle of the field and force Spain into their own half that they had done enough to win the game. Chile allowed them more ball and more space but never too far deep in their own end and even with Chile taking their foot off the gas, Spain was still not able to having a fluid passing game that they have become known for. It was almost an unrecognizable Spanish side. Going down 2-0 at halftime had made some serious damage to their confidence.

Diego Costa was absent to the game, so when he was subbed off for Torres it wasn’t a surprise. The surprise was that Xavi and Fabregas were left on the bench as was David Villa.

Bravo, Chile’s goalkeeper, had some good saves to keep the scoreline at 2-0 but Spain never looked like they were able to turn this result around. The game ended in a 2-0 win for Chile and now Spain is left wondering what went wrong in 2014. 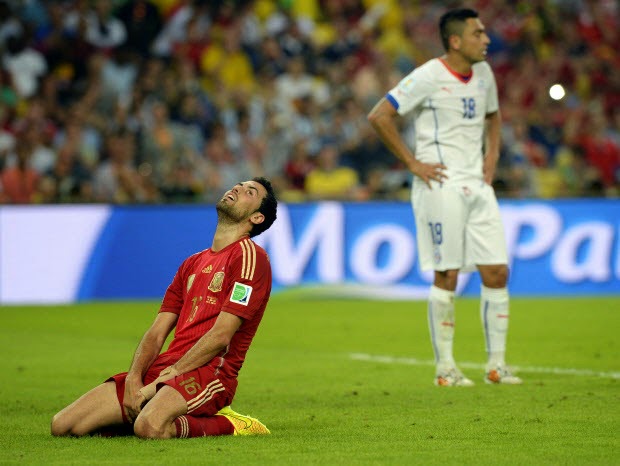 Coming into this game I had predicted that Mandzukic would be the player to keep an eye on for Croatia and Alex Song was the player I had singled out for Cameroon. In the first 45 minutes both proved to be critical for their team’s hopes of making it to the round of 16.

Croatia looked very fluid with Mandzukic in the lineup; he gives more quality up front to his team and is a better target man than when Olic is alone in that role. It didn’t take long for Mandzukic to make an impact and at the 12th minute mark, Mandzukic with a low pass in the box to Olic that only had to tap it in to put Croatia up 1-0.

Cameroon was never able to bother Croatia and a game that already seemed out of reach for Cameroon became an uphill battle at the 40th minute mark when Alex Song punched Mandzukic in the back and saw a straight red card. Croatia with a lead at halftime and with one more player on the field, have everything going their way.

The second half started in the best way possible for Croatia, with a goal by Perisic in the 48th minute. This was the final dagger in the Cameroonian coffin. Down a man and now 2-0 in the game, this team didn’t show any signs of being able to fight back and perhaps level the score. The question became how many goals would Croatia score?

In my game day preview I had mentioned Mandzukic as the player to watch for Croatia and he would prove me right. Already with an assist, Mario Mandzukic, would go on to score two goals in the second half and settling the final score line at 4-0 for Croatia. Cameroon never looked comfortable on the field, with no true leader and a bunch of players that looked at being in Brazil on vacation and not to play this tournament. This was obvious when Assou-Ekotto head butted one of his team mates near the end of the game. Another sign that Cameroon, more than beaten on the field by their opponents, they actually beat themselves. They are now the third team going home, following Spain and Australia that were also eliminated today. 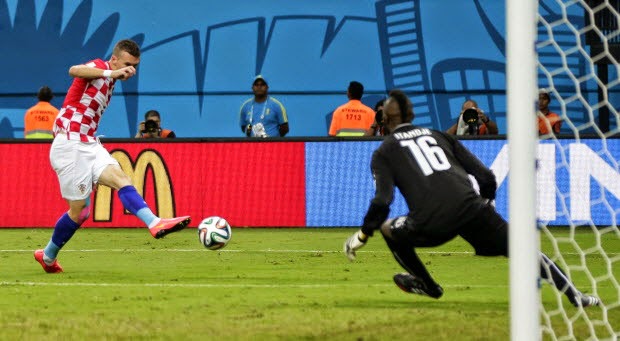 Nobody got any of the exact correct results today. Everyone had Croatia and Netherlands winning just not by the correct score.