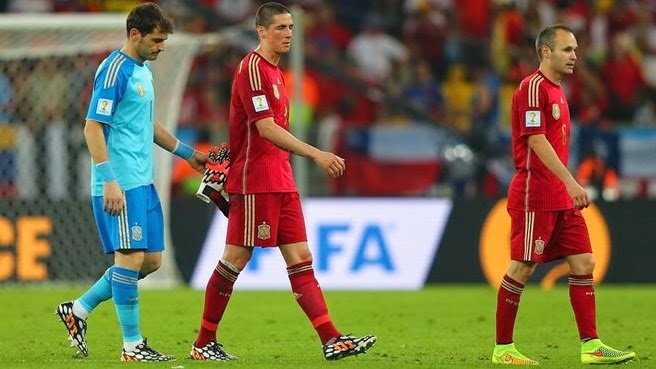 So we all witnessed Spain crash out of this year's World Cup after having played just two matches. And with one more game to go against Australia they are sitting last in their group with zero out of the six points that were available to them at first. The Spanish team surely showed football fans around the world a title defense that will go into the record books as one of the worst in World Cup history, so with that in mind we give you the worst 5 World Cup defenses before this year's tournament.

This one is one of the worst for the simple fact that Uruguay voluntarily decided not to participate in the 1934 tournament in Italy after winning the inaugural one on home soil in 1930. The reason for Uruguay's decision not to travel to Italy was simply made on the back of the fact that when they hosted the World Cup in 1930 some European countries decided not to travel to Uruguay because of logistics, money and distance factors. 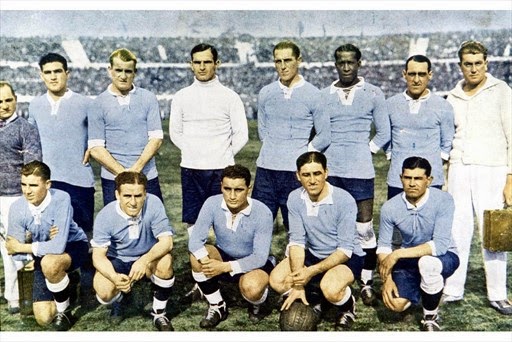 Understandably the Italian squad looked like a totally different team in 1950 from the one that won the World Cup title in France in 1938. Because of World War II, the World Cup competition took a 12 year break resuming again in 1950 in Brazil. Nonetheless, Italy were the defending champions but did not look as such. After India's withdrawal from the tournament and coincidentally from Italy's group, Italy had to come in first place out of three teams in order to at least qualify for the next round. All looked good for the Azzurri as they took a 1-0 lead in their first match against the Swedes in just the 7th minute, but Sweden would go on to shock the Italians with three of their own goals and beating the Italians 3-2. After Sweden's 2-2 draw against Paraguay, Italy's remaining match against that same South American opponent did not matter, as it was mathematically clear that the defending champions would not qualify to the next round even if they win. Italy would win their last match against Paraguay by a score of 2-0, and would officially finish the tournament with 2 points from 2 matches and just a point behind Sweden who won the group and qualified to the next round. 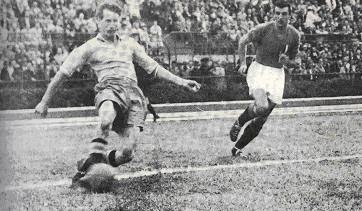 After winning their second World Cup title four years earlier in Chile, Brazil traveled to England for the 1966 edition of the tournament as one of the heavy favorites to win the title yet again. The defending champions started well with a 2-0 victory over Bulgaria at Goodison Park, but unfortunately for them that would be their last points in this tournament. In their second match in the group the Brazilians were handily beaten by the Hungarians in a very entertaining fixture; the final score was 3-1. In their third match, which would prove to be their last in the tournament, Brazil faced Portugal. Eventual tournament top scorer and Portugal legend Eusebio scored twice and helped Portugal eliminate the defending champions with a 3-1 final result. Brazil finished the tournament with 2 of a possible 6 points, in 3rd place in their group behind Portugal and Hungary. 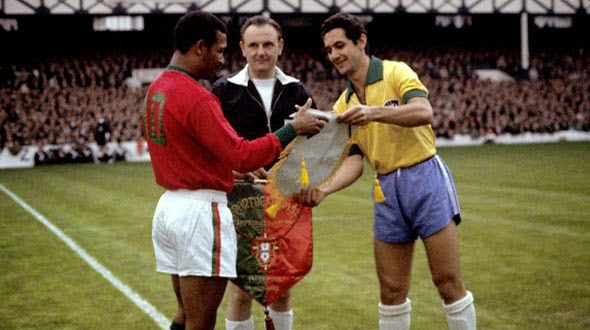 Italy are almost always considered a good squad to make a deep run in the World Cup, and they did just that in 2006 in Germany when they won the whole thing despite not being the major favorites like Brazil or the German hosts. Four years later however, their title defense ended in misery. Drawn into possibly the easiest group of the tournament with Paraguay, New Zealand and first time participants Slovakia, the defending champions looked well on their way to the second round before the competition even began. In their first match the Italians drew Paraguay 1-1, and although the result was not one they expected, the Paraguayans were considered as the "other" favorites to join Italy in the next round. In their second match the disappointment started to set in as the Italians were held to another draw, this time by the "All Blacks" with an identical scoreline to that of their previous match, a 1-1 final. After two matches for each team in the group Paraguay were the leaders with 4 points, while Italy and New Zealand were tied for second with 2 points each and Slovakia sitting in last place with just one point. No matter the result in the match between Paraguay and New Zealand, a win over last placed Slovakia would guarantee the Italians qualification into the round of 16, but the future looked sour right from the get-go for the defending champs. Slovakia got on the board in just the 25th minute and kept the lead through the first half. The Italians were pushing all they had in the second half, but then again in the 73rd minute Robert Vittek who scored the first goal for Slovakia found the net yet again and the Italians' hopes of retaining the title looked all but done. Italy would go on to bring the score closer at 2-1 but the Slovaks had an answer for that as well with their third goal of the match a few minutes later. The Italian second goal in added-time meant nothing as they crashed out of the 2010 World Cup finishing third in their supposedly easy group. 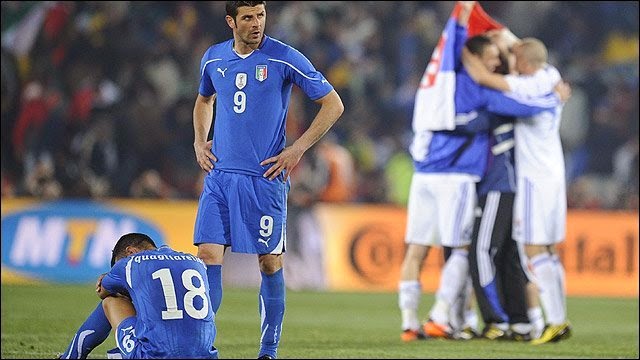 1998 marked the high of all highs in French football as Les Bleus won their first ever World Cup title, and on home soil. In 2000 the French reiterated their world football domination by winning the European championship hosted in Netherlands/Belgium. But the 2002 World Cup in Korea/Japan would hurt the French so much, they are still trying to recuperate from the aftermath till this very day. In the very first match the Frenchmen were playing against first time participants Senegal in a match that will forever be remembered as one of the biggest World Cup upsets in history. The Senegalese shocked the defending champions with a 1-0 win from a goal by Papa Bouba Diop in the very first match of the tournament, and the embarrassment for the French did not end there. In their second match France were again unable to find the net and their match against Uruguay ended in a 0-0 draw. There was still a slight chance for the French to qualify for the round of 16 but they would have to defeat Denmark by a more than 2 goals. France was not up to the task however, and were humbled by the Scandinavian squad with a final score of 2-0. France crashed out of their title defending campaign in last place of their first round group, only 1 of 9 available points and not a single goal scored in their three matches, to record the most humiliating title defense in World Cup history. 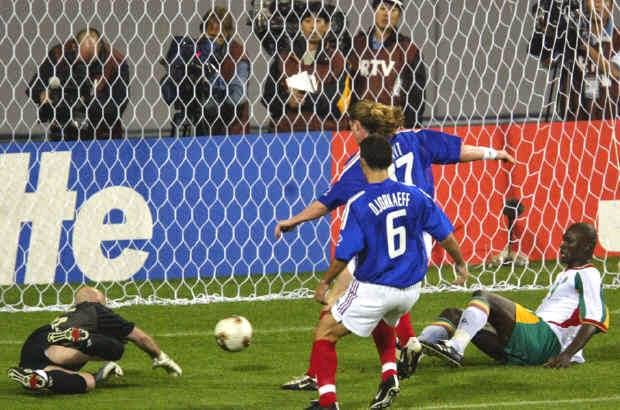