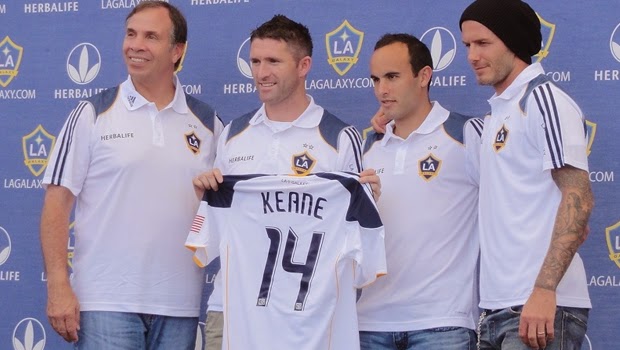 We continue our list of the 50 most famous names to come over to play in Major League Soccer. In Part 3 of this series we take a look at 12 more guys from K through M. 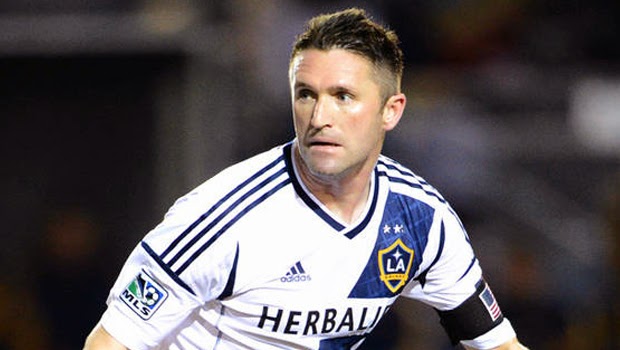 The Irish striker joined the LA GAlaxy in 2012 after spending the largest portion of his career with Tottenham in England. This "pure" striker has not been a disappointment with 40 goals so far in his 64 MLS caps. Keane still plays with the Galaxy and has yet to retire from international football with the Republic of Ireland, he is 33 years old. 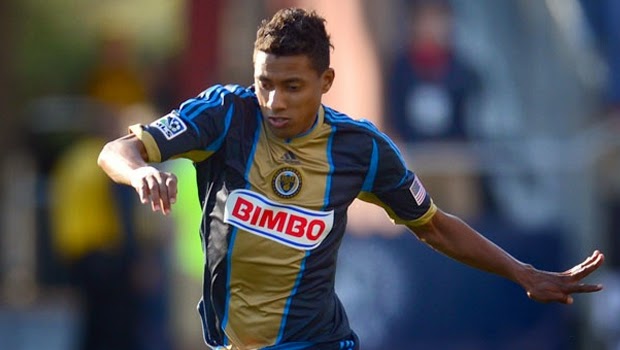 Although he did have an unsuccesful stint at Manchester United earlier in his career, the Brazilian 2002 World Cup winning midfielder was seen as a promising loan signing by the Philadelphia Union, coming over in 2013 from Brazilian club Bahia, at 33 years of age. He played just 11 times in his loan spell, scoring 1 goal. 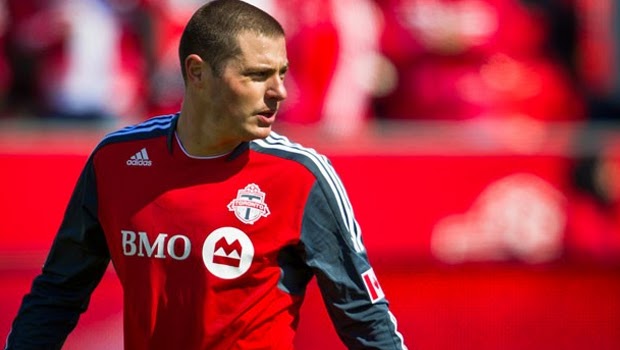 Koevermans came over to Toronto at the age of 33 from Dutch club PSV Eindhoven. Although the Dutch international only played 4 matches for his national side, his career in Canada began quite well. The big striker scored a total of 17 goals in his 30 appearances, although his speed and skill were visibly deteriorating pretty fast. After some lingering injuries, Koevermans left back to the Netherlands and joined FC Utrecht, the club he retired with after 3 matches played. 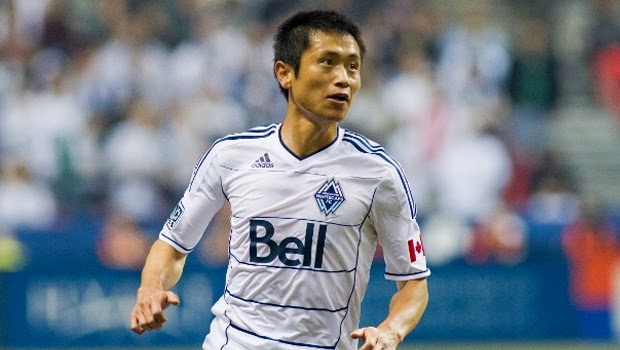 The South Korean defender signed for Vancouver at the end of 2011 after an 11 year professional career that included playing time with PSV Eindhoven, Borussia Dortmund and Tottenham. Although Lee was already at the later stages of his playing days, Lee proved to be very important for Vancouver, playing at the right-back position. He was named Vancouver's best player in 2012, a season in which the international helped his team become the first Canadian side to make the MLS playoffs. Lee retired from professional football in 2013. 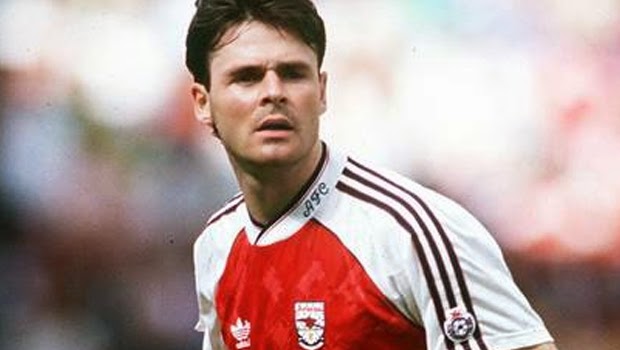 Limpar joined MLS at the age of 34 from Swedish side AIK. Previously with Everton and Arsenal the Swedish midfielder was somewhat of a popular signing. Limpar left the MLS after 36 matches in a year and a half with Colorado, back to his homeland. 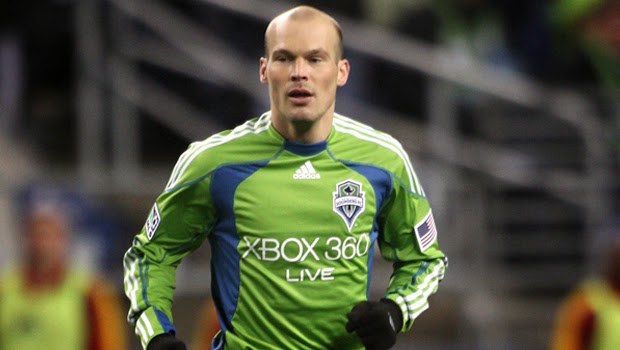 Another Swede that also played for Arsenal, only Freddie was a much "bigger name" signing than Anders Limpar. Ljunberg spent 9 years with the Gunners, in which he participated in over 200 matches with the London club, scoring 46 goals from the wing. He started his MLS career at 32, playing in 37 matches for the Sounders. He was later traded to the Chicago Fire but left the club after 15 matches. Ljunberg retired from professional football at the age of 35 as a member of Shimizu S-Pulse in the Japanese J-League. 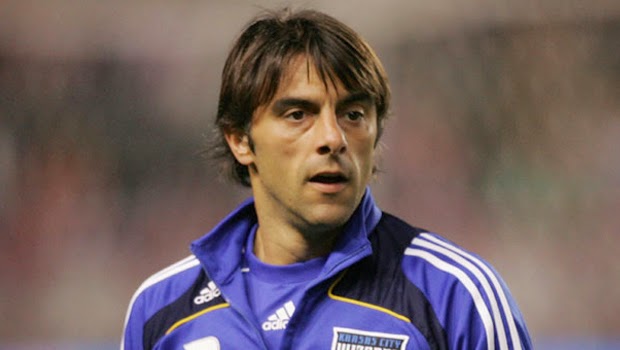 The Argentine striker who took part in 2 World Cups with his national side, signed for the Kansas City Wizards in 2008 at the age of 34. Despite his age, López got off to a great start with a goal in his first ever match in the MLS. After 13 goals in two seasons with the Wizards, López was signed by the Colorado Rapids where he played 11 matches. The ex Lazio and Valencia player retired at the age of 35. 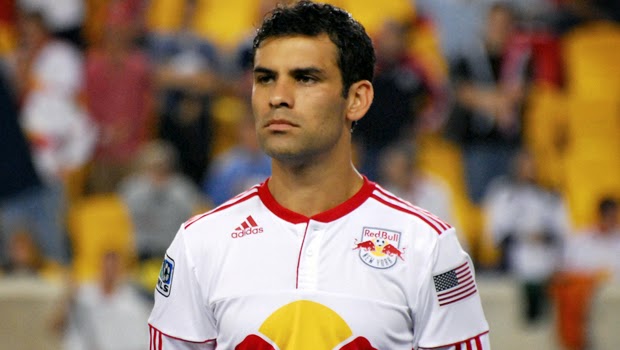 Signing with the Red Bulls straight from Spanish giants Barcelona where he spent the previous seven years, Márquez was another huge footballing name to play in the MLS. Linking up with former Barca teammate Thierry Henry, the Mexican center-back appeared in 44 matches with the New York side before being released by the club 2 and a half years later. Currently Márquez plays for Club León in his native Mexico. 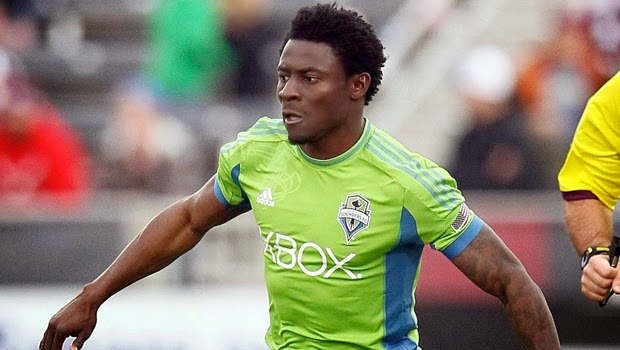 The former Newcastle United and Inter Milan star striker signed for the Seattle club in 2013 at the prime age of 28. Although his goal scoring abilities have seemed to diminish a bit since his days in the Premier League, Martins was still a very welcome addition to the club based in Washington State. So far the Nigerian has scored 14 goals in 34 matches with the Sounders, and was hopeful to be called-up by Nigeria to this summer's World Cup; his prayers went unanswered however, with Nigeria's coach Stephen Keshi electing not to call Martins to the squad travelling to Brazil. 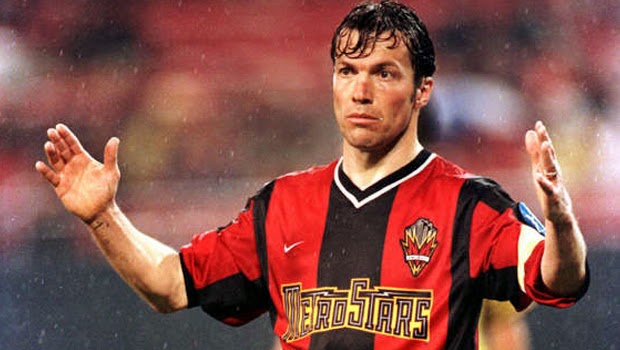 Possibly one of the greatest names to ever dress in an MLS club kit, the 1990 World Cup winner, seven time Bundesliga champion and Serie A winner Matthäus signed for the MetroStars in 2000 at the age of 39. Unfortunately, Matthäus would only record 16 matches with the MLS Club before retiring from professional football. 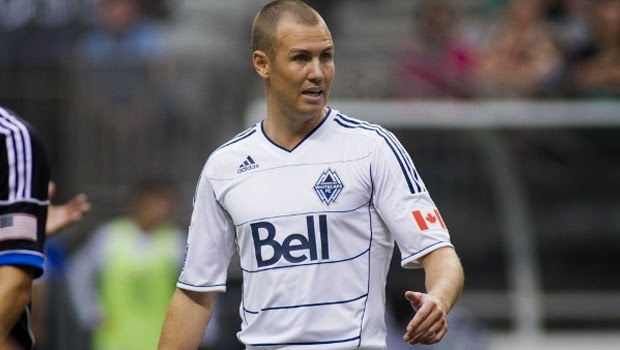 There have only been 3 players since World War II to have played for both bitter rivals Celtic and Rangers, and Miller was the second of the three to sign with an MLS club. The Scotland striker came over to Canadian side Vancouver in 2012, where he would spend two seasons recording 13 goals in 43 matches. This year Miller returned to his beloved club Glasgow Rangers for the 3rd (and at 34 most likely the last) time. 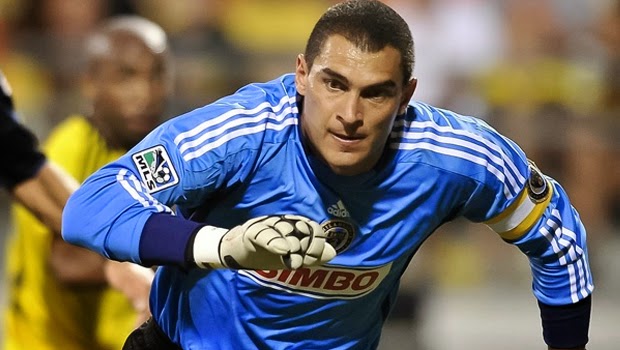