The Monday Meltdown - Qatar, Turbo Shandies, and Cheering Against Portugal 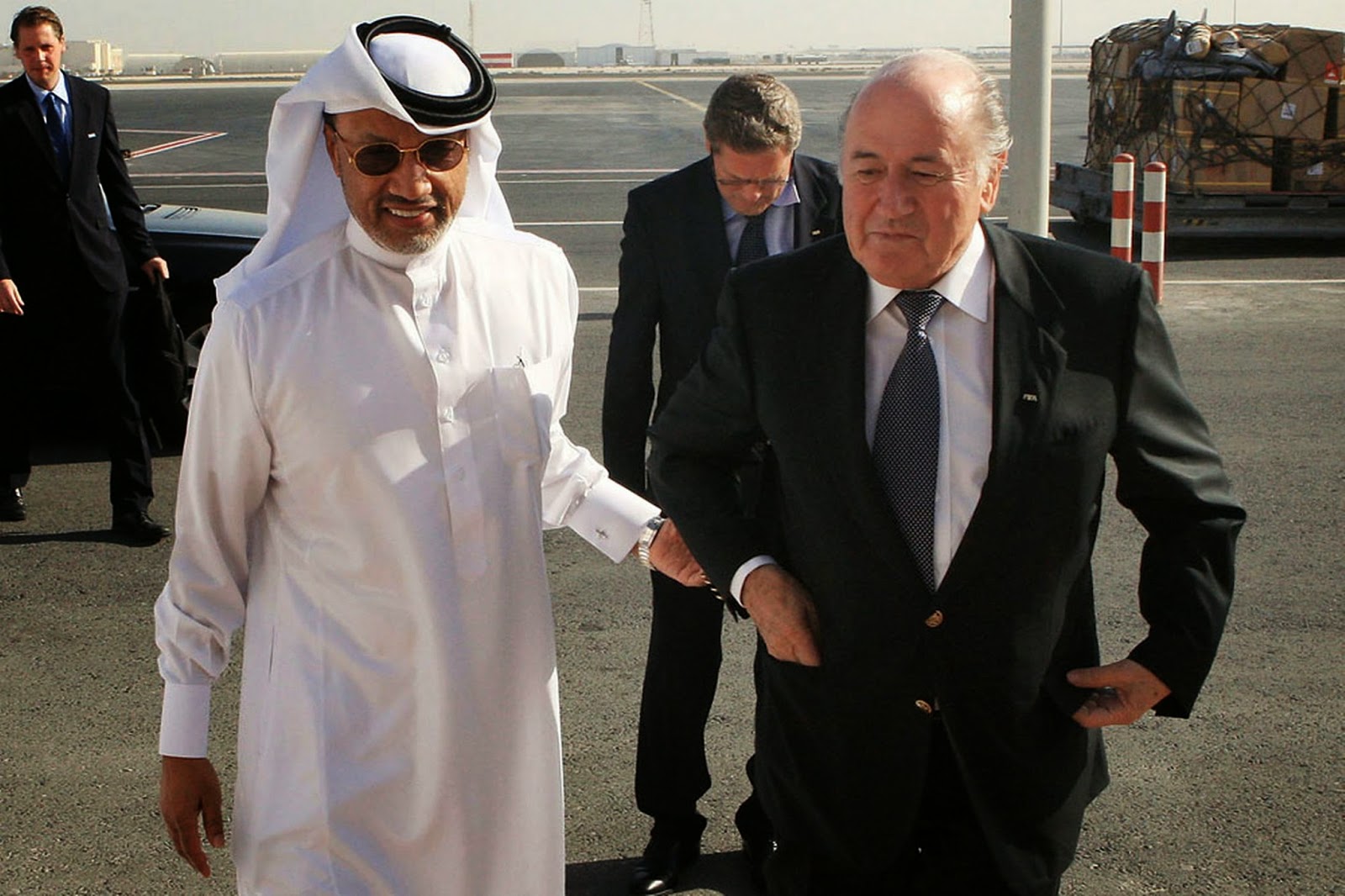 I’ll always remember the morning Qatar was awarded the right to host the 2022 World Cup.

I had been out for a few drinks the night before with my indoor 5-a side team, and by a few drinks I mean a few pitchers of beer, three turbo shandies, and a couple rounds of shots. My head was a bit of a mess and the reheated slice of pepperoni pie from Pizzaiolo was dancing in my belly.

As I stepped out into the frigid December air though, I remembered that the World Cup draw was that morning. So I pulled out my phone to see if I should start saving for a trip across the pond. To my disappointment I immediately saw that Russia had edged out England for the right to host the 2018 Finals. With Russia’s history in international competition, a strong domestic league and above all a pile of dough, it made sense that FIFA was going there.

Then I scrolled down through the article a bit and to my absolute shock I saw that Qatar had been granted the 2022 World Cup. “That can’t be right!” I thought. “I must still be drunk. There’s no way Qatar are getting the World Cup over Australia or the US.” So I went into McDonalds for another coffee as I obviously wasn't ready to go into work just yet.

As I got about three quarters of the way through my Cup of Joe, and was wiping the Egg McMuffin grease away from my lips, I thought I’d look at the World Cup article again. It turned out of course that I wasn't still drunk; I was merely in that nauseating limbo between being drunk and being full blown hung over.

Qatar, in the meantime, had been given the World Cup after all. “Oh come on,” I thought. “FIFA is corrupt, but there’s no way they can get away with this.”

Like many, my first thought was that something smelled and it wasn't me. With three senior FIFA officials, Nicolas Leoz, Ricardo Teixeira and Issa Hayatou accused of accepting bribes as part of the cloud around FIFA’s former marketing partner ISL's collapse, a ticket touting scandal around CONCACAF's Jack Warner, and questions being asked about FIFA President Sepp Blatter’s knowledge of all of this, is it any wonder many of us believed something was amiss?

Although I want to see more countries given the right to host the World Cup, the awarding of the tournament to a country where summer temperatures can reach 50C was madness. Nearly all of the stadiums required for the finals would need to be built and even if they were air conditioned, what about the activities that go on around the country outside of the grounds? 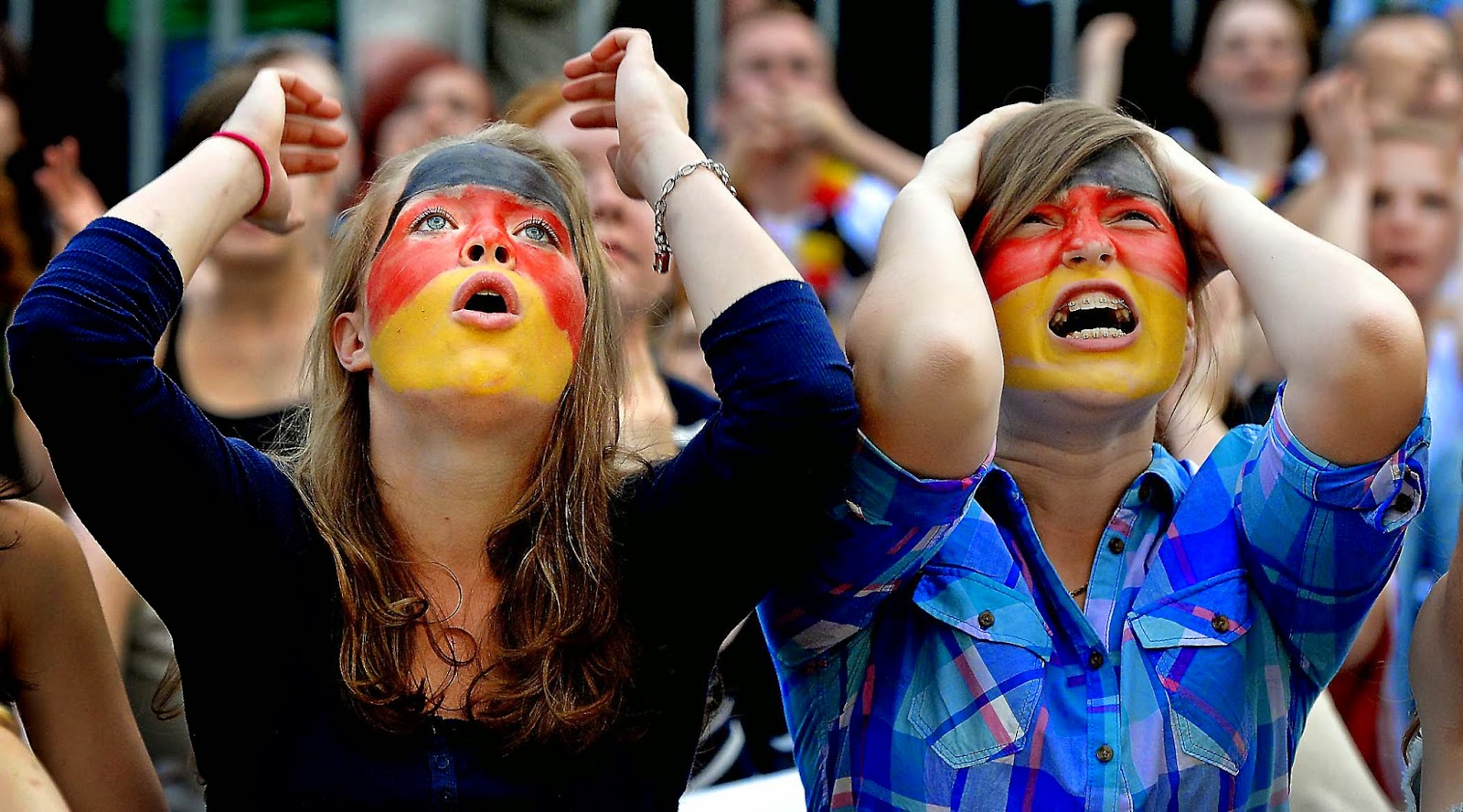 I went to the World Cup in Germany in 2006, and although going to the grounds was fantastic, the best part of the experience was going to the Fan Zones. There you could mingle with people from other countries, try out some foods from around the world and watch matches from other cities on big screens. In a country as hot as Qatar, and with some of the tough laws they have in place, some of these things won’t be possible.

In the years since the awarding of the 2022 World Cup, Jack Warner, the former head of CONCACAF, again came under investigation for numerous allegations of corruption, including a $2 million dollar payoff from a Qatari firm. He has since resigned from FIFA and is no longer under investigation as a result.

Similarly, the driving force behind Qatar’s 2022 World Cup bid and former President of the Asian Football Confederation, Mohammed bin Hammam, has been banned from football for life by FIFA for attempting to bribe officials in his bid for the FIFA Presidency in 2011.

In addition to the questions around the bid, the stories that have come out on the abuses suffered by foreign workers involved in the building work in Qatar have cast an even darker mark on the whole affair.

On Sunday, June 1 2014, London’s Sunday Times published details of a series of leaked emails alleging that millions of dollars and gifts were given out to Football Association members from smaller nations by bin Hammam prior to the World Cup vote.

So the initial feeling I had on the awarding of the World Cup, was not wide of the mark. It’s a shameful affair and rather than growing the game in different parts of the world, it simply makes football at the highest level look dirty and corrupt. It’ll be interesting to see if anything is done about it, and if there will be another vote.


Cheering for the Other Guys

Cheering for the side you either love, or are stuck with from birth, is a straightforward affair, but cheering against a side and hoping someone, or anyone for that matter, will beat them is an uncomfortable feeling.

I went through it this season as it looked as if Liverpool were en route to their nineteenth league title. There is no team in professional sports I hate more than Liverpool FC. I would literally prefer to have seen the Premiership suspend play back in February and declare this season null and void rather than have to hear the chirping from their fans this summer if they had won it.

So I got behind Manchester City in their bid to stop the red menace. It was a little like getting your house burgled. One team was going to going to just rob you, while the other team was going to rob you and shit on your coffee table.

I could deal with a City win, but I didn't want the foul reminder of a Liverpool title, so I cheered on every club they came up against in the latter part of the season and was pleased when they slipped up against Chelsea and melted down against Crystal Palace.

It felt kind of petty and small to celebrate someone else's misfortunes, but sometimes football can be a funny game, much like the rest of life.

This summer though I'm going to try and be the bigger man in one regard and not take up my usual tradition of cheering against Portugal.

The town I grew up in had a very sizable Portuguese community, made up of mostly families who had emigrated here from the Azores or to a lessor degree Madeira. As result of this, football was a big deal in our town and I grew up with some terrific players. We also had some great bakeries, but that's besides the point.

In the early to mid-'90's, the Portuguese National Team was going through a bad stretch where they didn't qualify for the 1990 or 1994 World Cups. During the 1994 World Cup though a curious thing started to happen in my neighbourhood. A large portion of the guys I grew up with started to get behind Brazil and I mean REALLY get behind them.

They would drive around after Brazil victories in that tournament with Brazilian flags hanging out of their cars, honking horns and claiming "A Seleção's" wins as their own.

"What the fuck is this shit?" I wondered. "This would be like me driving around town with a US flag hanging out my window and singing 'God Bless America', just because they used to be a British colony and speak English."

When Brazil won the World Cup that year in Pasadena, it was a nightmare around town as a lot of quasi-Brazilian's partied like it was 1999.

I didn't understand it at all, but to each their own I thought. 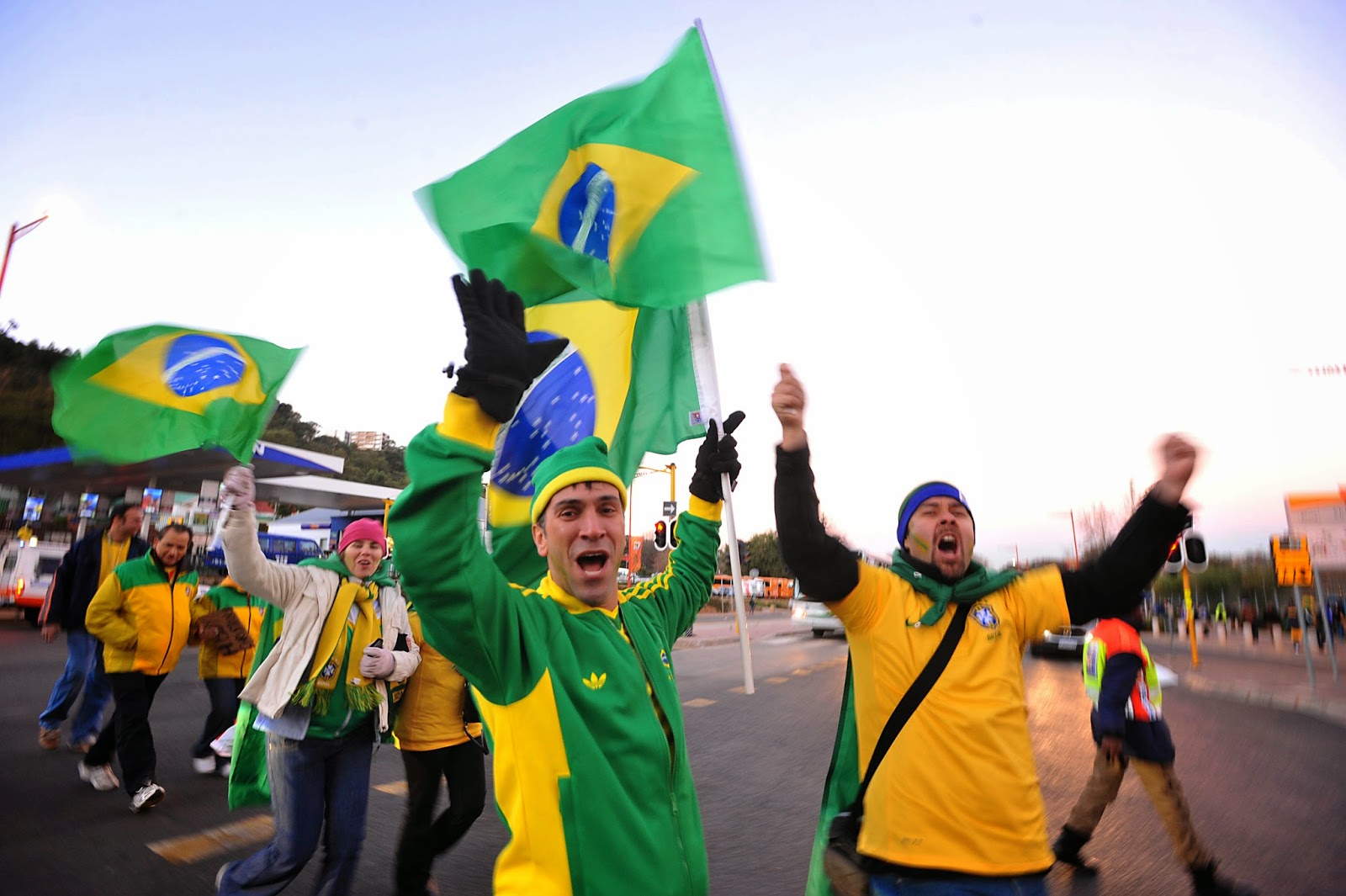 But then the 2000 European Championships rolled around and Portugal had a good side again. As Luis Figo and company took Portugal to the Semi-Finals of that tournament, the same people who had lived and died with Brazil six years earlier had now rediscovered their roots.

In the international tournaments since 2000, most of the Brazil flags have come down and Portugal is suddenly "cool" again. Except of course with a few knobheads who swap colours if Portugal gets knocked out early.

I'm sorry though, but you don't change clubs and you sure as hell don't change countries. Don't get me wrong I enjoy watching Brazil play, and when the Dutch team aren't unhinged they can be fun to watch, but I'd never hang a flag up that wasn't my own. Like with all of the fashionistas that became Barcelona fans a few years back, my natural inclination is to see these folks disappointed. If they chose Brazil, rightly or wrongly in the '90s, well I'm sorry you've got to stick with them. You gave up on your own country and going back to them now that they're a good side shows moral weakness in my opinion.

So since that tournament, I have taken it upon myself to cheer against Portugal in every major tournament. I even insisted on my family calling me Iainios Jonesopopolous when they faced Greece in the Euro 2004 Final. 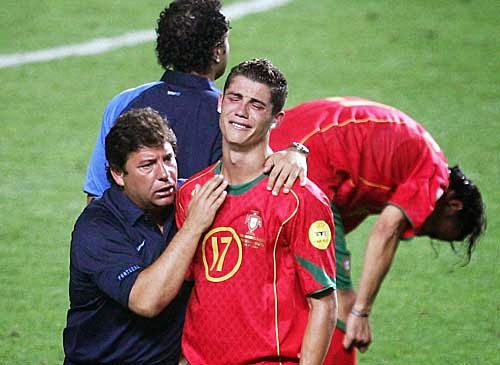 But this year, I'm going to let bygones be bygones and not care about Portugal's results. I'm just going to enjoy the World Cup and hope for some good football even in the matches they're involved in. I'm trying to be more positive and forgiving. Hell, if I had a therapist I'm sure she'd say that's good for me.

But don't get me wrong, I won't be going to any town that has a sizable Portuguese community or won't be talking to one of the other writers on this blog for the next four years if they do win the whole damn thing this summer though.