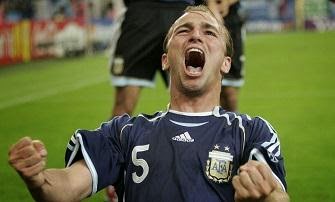 I don't think it will surprise anybody that Maradona's "Goal of the Century" will top this list, but with so many other great goals it will be interesting to see who the other 4 spots will be.

Lets take a look at the best 5 goals ever scored at a World Cup by Argentina.