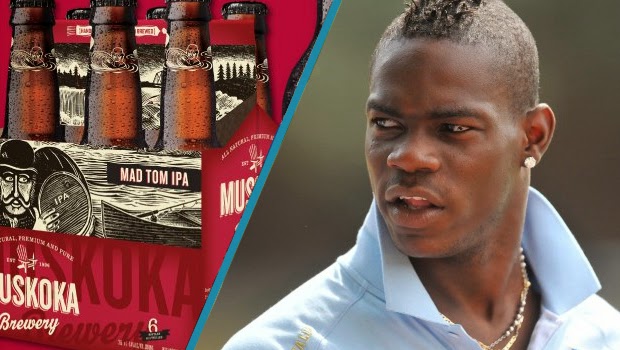 Just like the Italian striker, Muskoka’s Mad Top IPA packs a punch. It is no wonder I picked this week’s HOPDAYS featured beer that has the word “mad” in its name to compare to the less than timid Mario Balotelli. Mad Tom has been my “go-to” pint for the past couple of years, but just like Balotelli, this IPA is not on everyone’s favorite list. Known first and foremost for its dry-hopped bitter qualities, I find myself having to defend my liking for both the beer and the “bad boy” of football all too often (mostly with the Corona drinkers for the Mad Tom, and Manchester United supporters for Balotelli).

Muskoka Breweries was established in 1996 in Ontario, Canada, and just like Balotelli is fairly new to the scene. But the presence of both the brew and the player was almost immediate. Just like “Super Mario”, the Mad Tom could be considered an outsider in the world of beers, but beneath the bitter taste that is left behind, Mad Tom and Mario have many qualities from the positive variety. Balotelli, a versatile striker has the ability to put-together performances that showcase his abilities in the air, his silky dribbling and his often powerful shots. The IPA is no different, with its crisp citrucy undertones, the hint of caramel and the pine aroma all underlying the bitter finish. 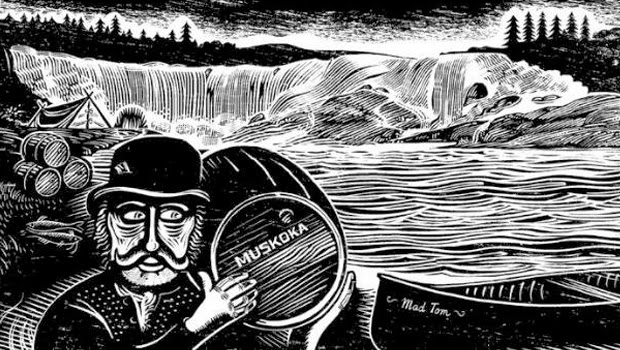 In the same manner a traditional Pilsner or Lager drinker would not find it easy to enjoy a pint of Mad Tom IPA right away, many of the supporters in his own country do not except Mario Balotelli as a “good fit” to the system. That said, the Italian fun-loving crazy man is probably a nuisance to be around for a long period of time, just like it would be hard to imagine having more than three or four pints of Mad Tom on a regular basis and just like the beer it took me a little while to develop a taste for the headline-stealing Balotelli. But both deserve a chance, and after a few pints of the Mad Tom, and a few highlight reels of the Italian I have developed a strong liking to both.

Like them or hate them, both the Muskoka Mad Tom IPA and Mario Balotelli are now prominent figures, one in the bar/pub scene in Ontario, the other in both club and international football. Both need getting used to and both are great if given a chance. 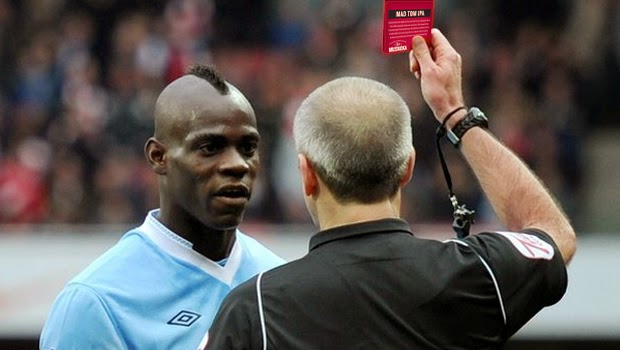