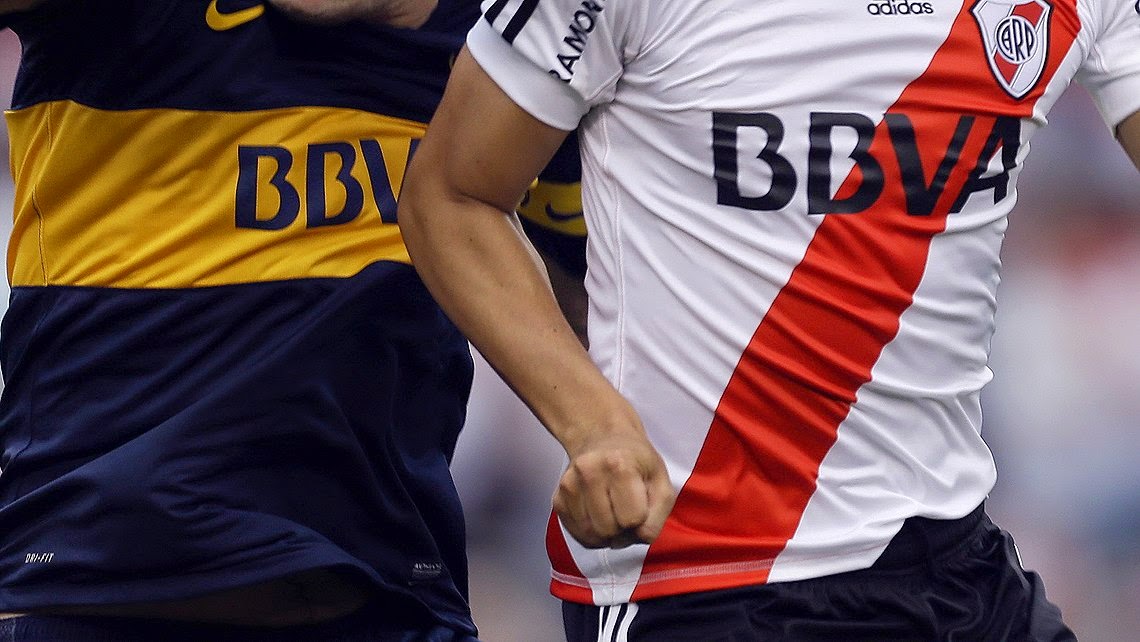 In this weeks Football Rivalries we look at a derby that is believed to be the biggest in the world. The Observer in England once said that "derby day in Buenos Aites makes the Old Firm game look like a primary school kick-about".

A derby of this nature had to be included in our weekly series Football Rivalries. Time to look at this historic match and find out a bit more about it.

The two clubs originated in La Boca, a working class area of Buenos Aires. River was founded in 1901 and Boca in 1905, while both clubs have a strong following in the lower classes of Buenos Aires and Argentina, Boca is known more as the club of the people, while River, nicknamed Los Millonarios, have a more upper class fan base.

The superclasico is not only played on the field, but also in the stands, one of the many reasons that makes this game so special is the color that the "barras bravas" bring to the match, with all their flags, smoke and confetti. They also sing and jump for 90 minutes making the game one of the most colorful and entertaining sporting spectaculars you can see.

La Doce, which means The 12, is the name of the barra brava from Boca. They have been known to not only support their team at home and away games but also to be involved in illegal and criminal activities.
One of their iconic leaders, Rafa Di Zeo, once said that La Doce was the Harvard of hooliganism. This is a statement that shouldn't be taken lightly, considering Di Zeo served prison time for his involvement in violence that led to the death of 5 River fans in a fight between supporters of Boca and River. 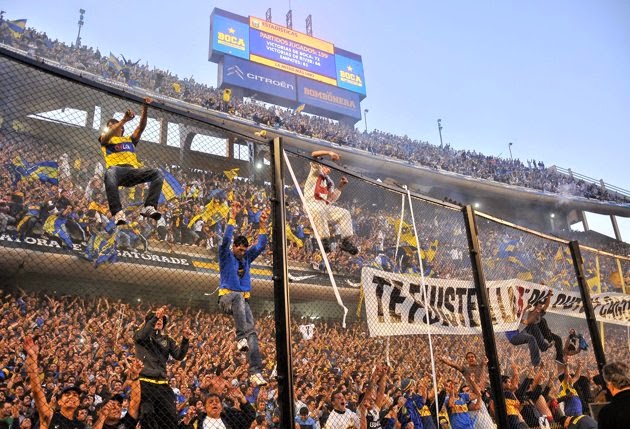 Like their Boca counter parts, River's barra brava is also involved in violence and crimininal activity. Los Borrachos del Tablon, or in english the drunks of the leaderboard, are no different then their counter parts. Not only they have a history of violence with their rivals Boca and other Argentinian clubs, they also have a long history of internal violence.
In 2007 during an inner struggle for power, Gonzalo Acro, was shot three times as he was walking home from the gym. Acro's relatives said that he wasn't involved in the power struggle but his association to one of the leaders of the group made him a target.

Most of Los Borrachos influential leaders are behind bars or wanted for murder and criminal activity, but that is not to say that the group is not as strong as it has been in the past, believing that would be a dangerous mistake. 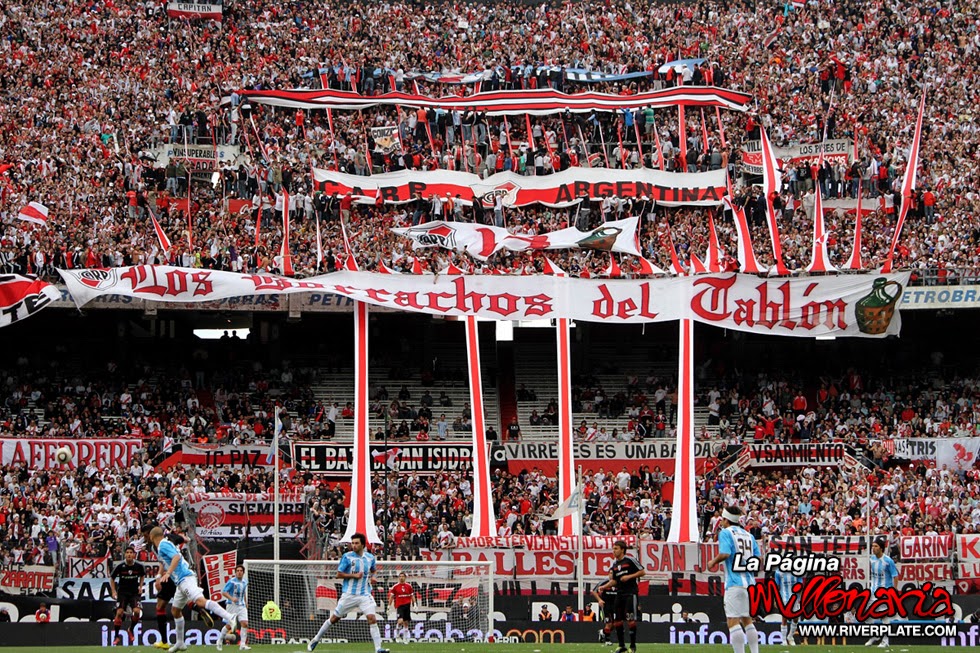 Diego Maradona is one of the most iconic players in the world, and some would argue the best player ever to play the beautiful game. He is not only a symbol of the Argentinian football but also a symbol of Boca. He played only one season and a half at Boca, from mid 1981 to 1982 and he won the league title with Boca. He has been a fan of the club since he was a child and it was his dream to one day play for his club of heart. His relationship with the supporters has always been one of respect, and when Maradona he retired with the Boca jersey, La Doce had a fireworks display and a huge banner to honor their beloved hero. 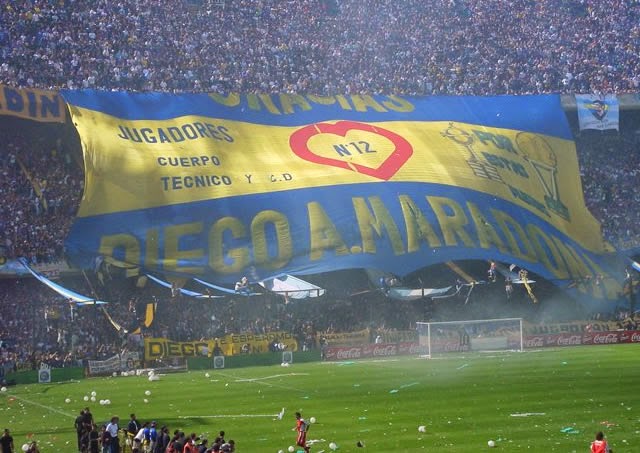 June 23rd 1968, in El Monumental following a game between both teams, 71 fans were crushed to death and 150 were injured in an accident at gate 12. The average age of the victims was 19, and this was and is the worst disaster in Argentinian football history.
There have been many claims that either side was responsible for the accident, but after a three year investigation by the government nobody was found guilty. 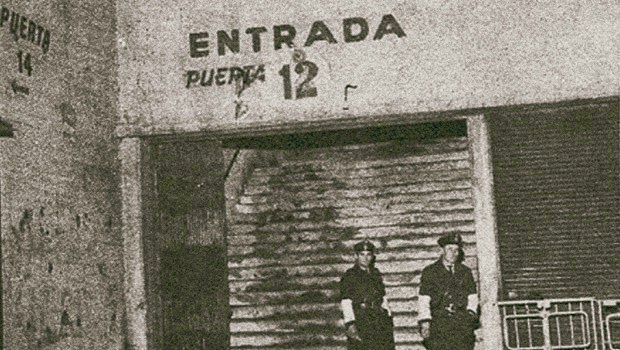 River was relegated to the 2nd division of Argentinian football in 2011. This put the rivalry between Boca and River on hold for a season, but it didn't cool it off. River was able to bounce back and win the 2nd division of Argentinian football and find its place among the elite once again.
In 2014, River won their 36th official national title and were back on top. This only adds fuel to the fire that burns between these two incredible rivals.

These 2 giant clubs of South America will always hate eachother, regardless of which division they play in, or what calendar year we are in. Their history, their players, their titles and their fans have lived this hatred rivalry for many years and will continue to do so. In a country where supporting your team sometimes is synonymous with violence, Boca and River fans see themselves as modern gladiators defending the honor of their clubs and their city.
While violence in sports is not something to condone, in Argentina, the violence and crime will never be washed away from the beautiful game, and while supporters add beauty to the game we all love, sometimes they also add horror and fear in a symbiotic harmony impossible to separate.