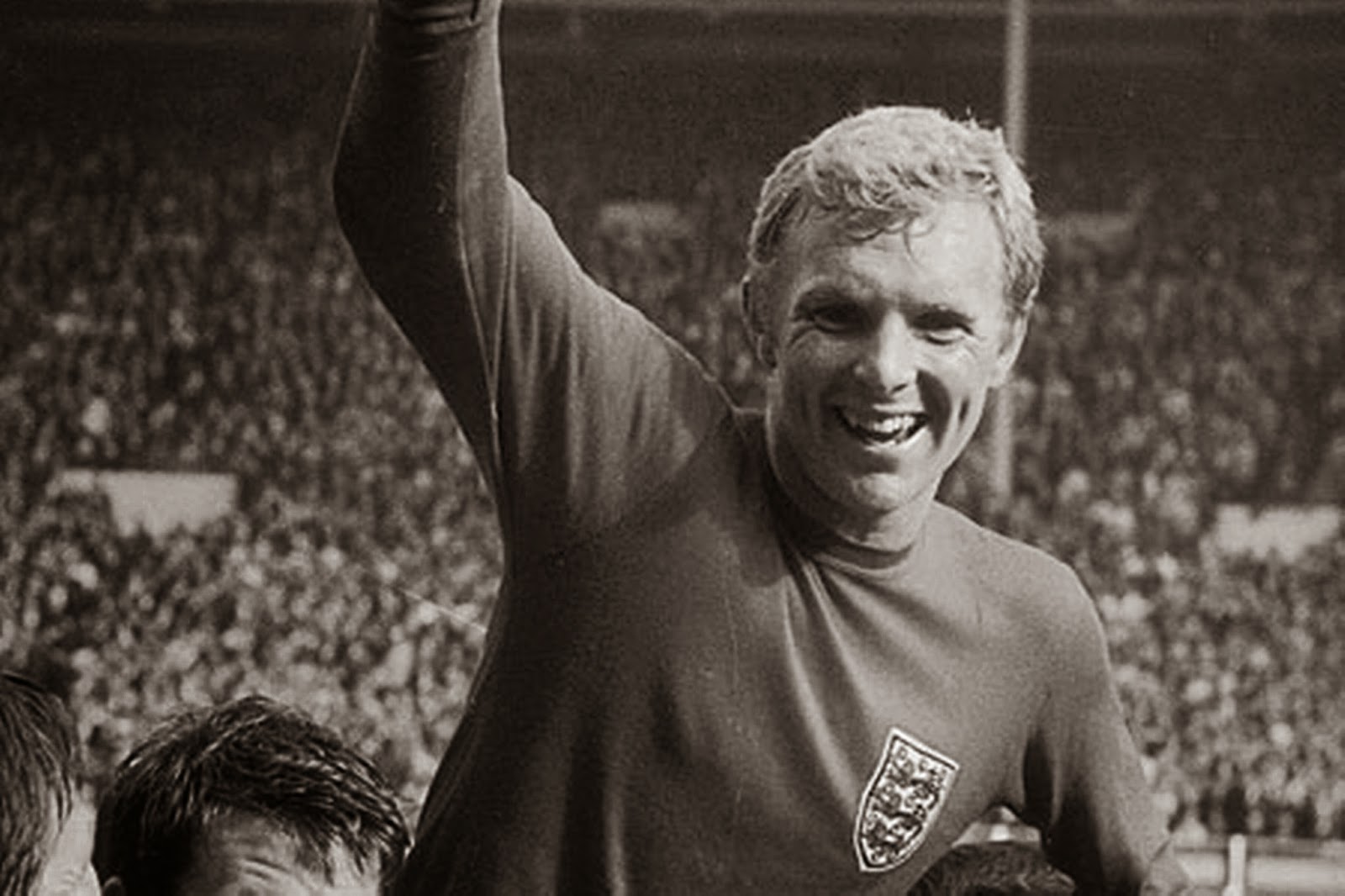 With seconds remaining in Extra Time, Bobby Moore chested a hopeful West German cross down on the edge of his own box. Jackie Charlton screamed at him to boot it into the stands.

Instead, he spotted Geoff Hurst making a run on the left hand side and sent a pinpoint ball over the top to him. As a few fans started to come onto the pitch, Hurst controlled the ball then rifled his third, and side's fourth, goal into the net to confirm that England were Champions of the World.

This piece of calmness under pressure demonstrated once and for all the type of player Bobby Moore was.

The Academy and England's Youngest Captain

A product of West Ham United's famed Academy, Moore had benefited from the tutelage of veteran teammate Malcolm Allison, who obviously saw the potential in the future England Captain when he broke into the first team in 1958. Allison took the young player under his wing and passed on the finer points of the game that would later serve Moore so well.

His terrific form for the Hammers led to a late call up for the 1962 World Cup in Chile for the 21 year old Moore and his solid play helped England to a Quarter Final berth against the eventual World Champions, Brazil. Despite a 3-1 loss, and an exit from the competition, the experience proved invaluable for the young defender as he cemented his place in the England starting eleven. Within a year, Moore captained his country for the first time following the retirement of Johnny Haynes, thus becoming England's youngest captain at 22. A year later he was given the armband permanently by new manager Alf Ramsey.

The thing about the 1966 World Cup in England is that Bobby Moore almost wasn't a part of it. Locked in a contract dispute with West Ham, and angling for a move to Tottenham, Moore was without a signed contract prior to the tournament and according to the rules of the time would have been ineligible to play for England. Ramsey, who had predicted that England would win the tournament, had Greenwood visit Moore at the England training camp and locked them in a room until they hammered out a new deal.

Moore, with his new contract in hand, then went on to lead English football and perhaps English sport to it's finest hour. After a slow start to the tournament, the hosts progressed from their group and took on Argentina in the Quarter Finals at Wembley. A tense and often rough affair was settled by a goal from Moore's West Ham teammate Geoff Hurst.

In the Semi Final they faced a very talented Portuguese side featuring the scoring star of the tournament in Eusebio. With the Portuguese star shackled by the man marking of Nobby Stiles, and with Moore and Jackie Charlton keeping things tight at the back, two goals from Bobby Charlton saw England through to the World Cup Final on home turf.

On the eve of the final, Ramsey considered dropping Moore in favour of Leeds United hard man Norman Hunter as he feared the speed and physicality of the West German attack would be too much for his captain to handle. Fortunately he chose to keep faith with Moore and he was not let down. After going behind 1-0 thanks to a goal from Helmut Haller, a quick free kick from Moore to his club teammate Hurst led to an immediate reply.

The match went back and forth, with another West Ham player, Martin Peters, putting England ahead 2-1, but Wolfgang Weber found the net for the Germans with only a minute left in normal time. With Moore continuing to marshal the backline and Alan Ball doing most of the running in midfield in extra time, Geoff Hurst scored what is perhaps the most controversial goal in the history of the World Cup Final as his second goal bounced down from the crossbar and either on or just behind the line. In the final minute of the an exhausting 120 minutes the West Germans launched one last attack forward, but Moore cut it out and played in Hurst again for the final tally.

Amid all of the euphoria during England's triumph Moore, always the gentleman, worried about dirtying the white gloves of Queen Elizabeth II as he climbed the 39 famous steps of Wembley to collect the Jules Rimet Trophy. He wiped his hands clean on the velvet cloth underneath the trophy, before accepting the cup from Her Majesty and raising it in the air. 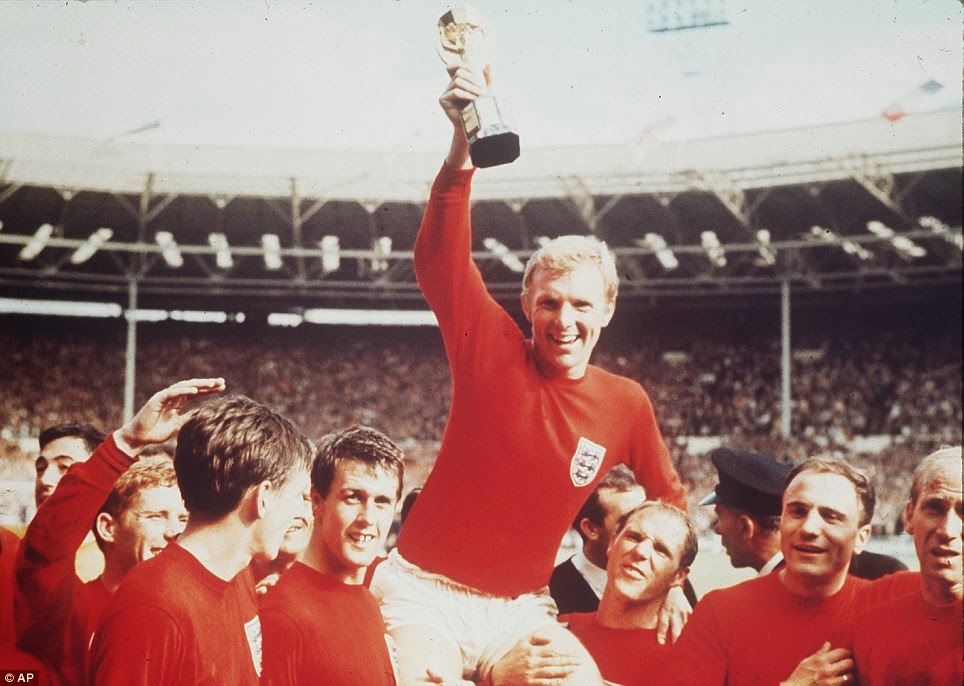 1970 and the Bogota Bracelet

After the World Cup win in 1966, Moore had become a national idol in Britain and his fame had spread around the world. However, prior to the 1970 World Cup in Mexico, Moore was accused of stealing a bracelet from a shop in Bogota, Columbia following a friendly there. After being arrested and held for questioning, diplomatic pressure and the lack of evidence led to his release. Moore rejoined the England squad in Mexico was notably involved in one of the most famous matches in the competitions history.

The first round match between England and Brazil in Guadalajara remains one of the biggest games in England's international history. The matchup featured the winner of the previous of the World Cup going up against the eventual winners of that years tournament and was arguably the toughest test that Brazil faced that year.

The match is remembered for three iconic moments: the match's only goal from Jairzinho, the famous Gordan Banks save on Pele and Bobby Moore's "Perfect Tackle" on Jairzinho. When recounting the great moments from football matches of the past, it's the goals or perhaps saves that are remembered. How often are tackles remembered or truly lauded? The tackle from Moore though was perfect in it's execution, emphasizing his calmness and brilliant technique. It epitomized who he was as a player and goes some way to explaining why Pele has called him the greatest defender he ever faced.

Following Brazil's goal, England had terrific chances through Jeff Astle and Alan Mullery to get back into it but the ball would just not go in and the Brazilian's had defeated the reigning Champions. After the match, captured in one of football's most famous photos, Pele and Moore swamped shirts in an iconic moment that was both a passing of the torch from one champion to another and a coming together of two wonderful sportsmen. 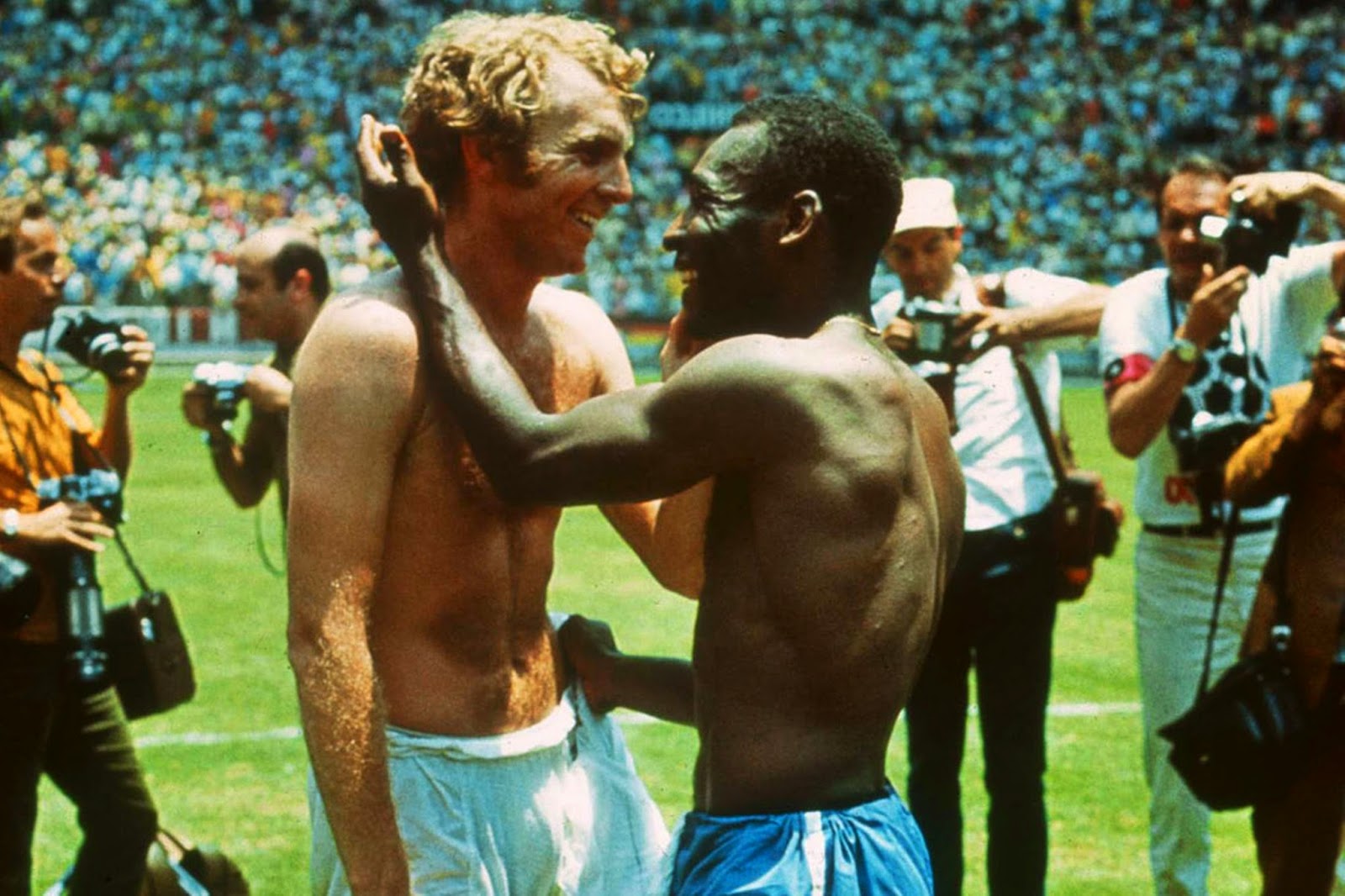 Despite the expectation that England and Brazil would meet again in the final, the Three Lions were knocked out by West Germany in the Quarter Finals after a 3-2 loss in Extra Time in Moore's last appearance on the World's greatest stage. Sadly, Bobby Moore died of bowel and liver cancer at the age of 51 in 1993, but he will always be remembered for the joy he brought to the Upton Park faithful and for giving English football it's greatest moment on a sun washed day at Wembley in 1966.