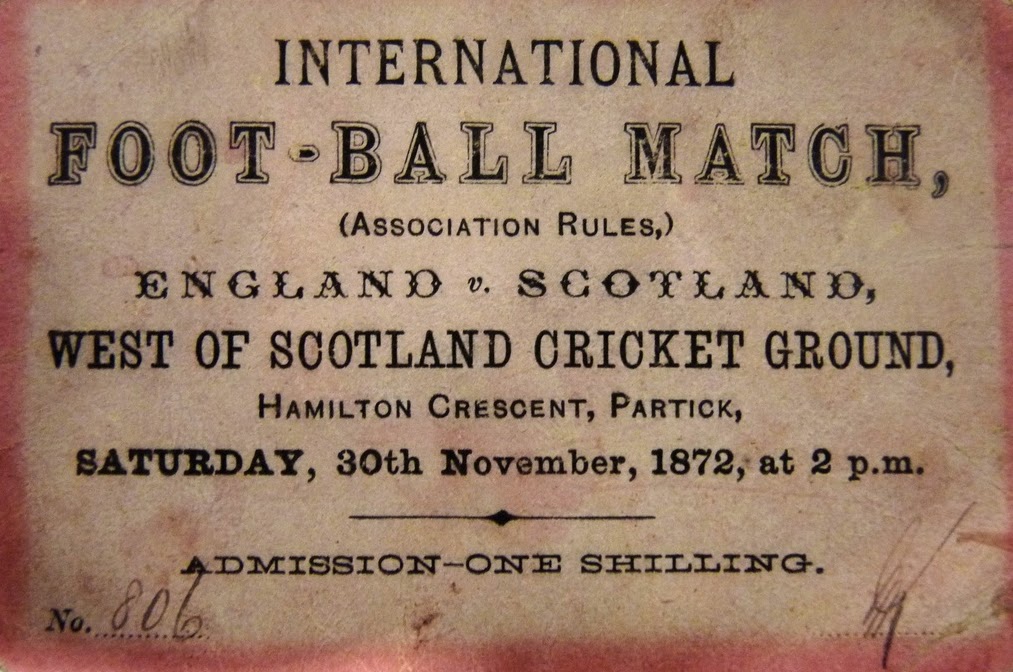 Every Monday we bring you Football Rivalries. We talk about some of the biggest, oldest and in many cases the most violent rivalries in club football history. But since the World Cup is now in full swing, we decided to cover some of the best international rivalries for the next few weeks.


England and Scotland have a long rivaled history on and off the pitch, so what better international rivalry to start with than that of the two countries that played the first ever international match.

England and Scotland played the first ever football match contested between two countries on November 30, 1872 at Hamilton Crescent a cricket field in Glasgow, a match that ended at a 0-0 draw. They have since met on 111 other occasions.  From 1872 up until 1989 (not including the two world wars) the two sides have played each other every spring, in a yearly match called The Annual Series. England enjoyed most of the success in the early years, but in the 1928 edition of the series Scotland was on the winning side with a final score of 5-1, that year’s Scottish team is to this day referred to as the Wembley Wizards. In 1961 the two teams played a match that still holds the record as the heaviest defeat in this series, with England coming out with a 9-3 victory. In 1967, Scotland managed to win their annual match against the Three Lions less than one year after England won their first (and still only) World Cup title. 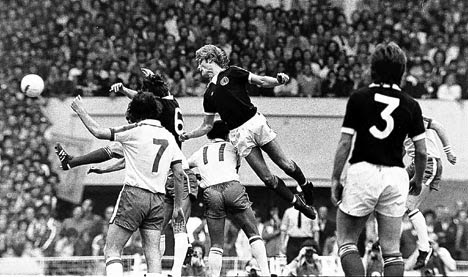 Then, in the 1996 European Championships (hosted in England) the two were drawn into the same group, a match that the rival squads and sets of fans looked forward to eagerly. England came away with a 2-0 victory at Wembley Stadium in front of over 75,000 spectators. The two were again drawn against each other, this time in the qualifying playoffs for the 2000 European Championship. England progressed to the tournament after a 2-0 victory in Glasgow and a 1-0 loss to Scotland at Wembley four days later. 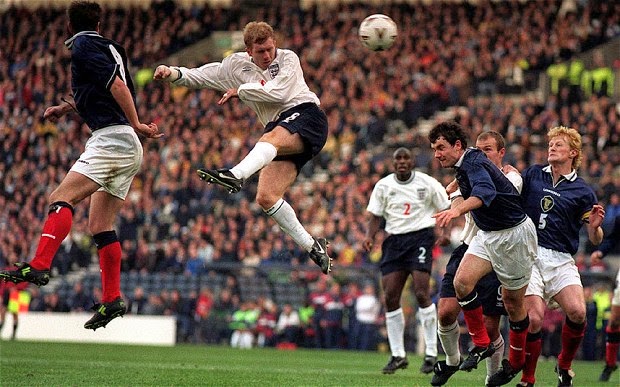 Fan clashes inside the stadium and post-match in the streets is quite common when these two meet. In 1977 after an Annual Series match that ended in a 2-1 victory for Scotland, the Scottish supporters invaded the pitch at Wembley Stadium, tearing down everything in their way, including the goal-posts. In 1999, after Scotland’s playoff victory at Wembley, English supporters attacked the Scottish ones at Trafalgar Square, where the Scottish have been celebrating their 1-0 victory, although it did not provide them with the aggregate win in the playoff series after a 2-0 loss at home. The newspapers reported that about 50 Englishmen tried to charge at approximately 300 Scots that evening, but the police handled the situation well, with no serious damage done at the end. In 2013, the two sides played a friendly match, which coincidentally was their first meeting since the one at Wembley some 14 years earlier. England won at Wembley by a score of 3-2, but the Scottish fans left their mark yet again, and again it was the “taking over” of Trafalgar Square that made the tension rise once more.

The England vs. Scotland rivalry runs deep in the veins of the two sets of supporters. Be it the history of the two nations, the geographical proximity or just the fact that these two played the first ever international match. While organizing committees have tried to separate the two nations during draw procedures on previous occasions, England and Scotland is a tradition that will go on for ever. The question is: when will they play each other next?