A Freak Result or the End of Tiki Taka? 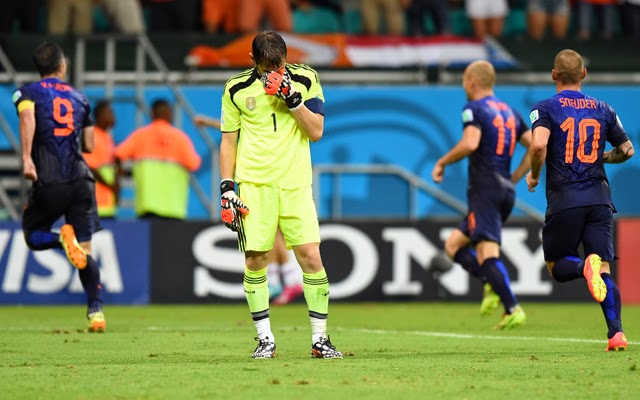 One match into the World Cup and it's gut check time for Spain.


For the past six years Spain has been the most dominant side on the planet. Deploying a system of play nicknamed "Tiki Taka", which is comprised of zonal play rather than a rigid formation, along with short passing and fluid movement, Spain have won the last three major tournaments they have contested. Before anyone raises a red flag over last year's Confederation Cup Final loss to Brazil, let's be realistic about what that tournament is. It's a dress rehearsal for the World Cup and also another money spinner for FIFA. Regardless, Spain has taken home the 2008 European Championship, the 2010 World Cup, and the 2012 European Championship in a feat that is unmatched in international football.

Going into this World Cup one of the biggest questions was whether or not Spain could continue their dominance. Leading up to the tournament I had questions over the overall fitness of the Spanish squad. Not that they had all been on a three week booze, broads and paella fest in Ibiza, but rather whether some of their players may be burnt out. Since winning the World Cup in 2010, the Spanish squad have gone the distance at the 2012 Euros, played a large number of qualifiers and friendlies, and competed in the interminable Confederations Cup. On top of that, the majority of the Spanish side play for top clubs such as Real Madrid and Barcelona who have made it to the latter stages of the Champions League in the past four years. The matches in that competition are of course tacked on top of the normal league and domestic cup matches these players would have played in. So at some point will burn out be a factor for some of the Spanish side?

Part of Spain's system revolves around an up-tempo, high pressing game when they don't have the ball. If you watch the rare instances when they lose possession, note how hard they work to get it back. This system, along with their short passing, has brought them tremendous success, but can it be maintained in the humid climates of Brazil? 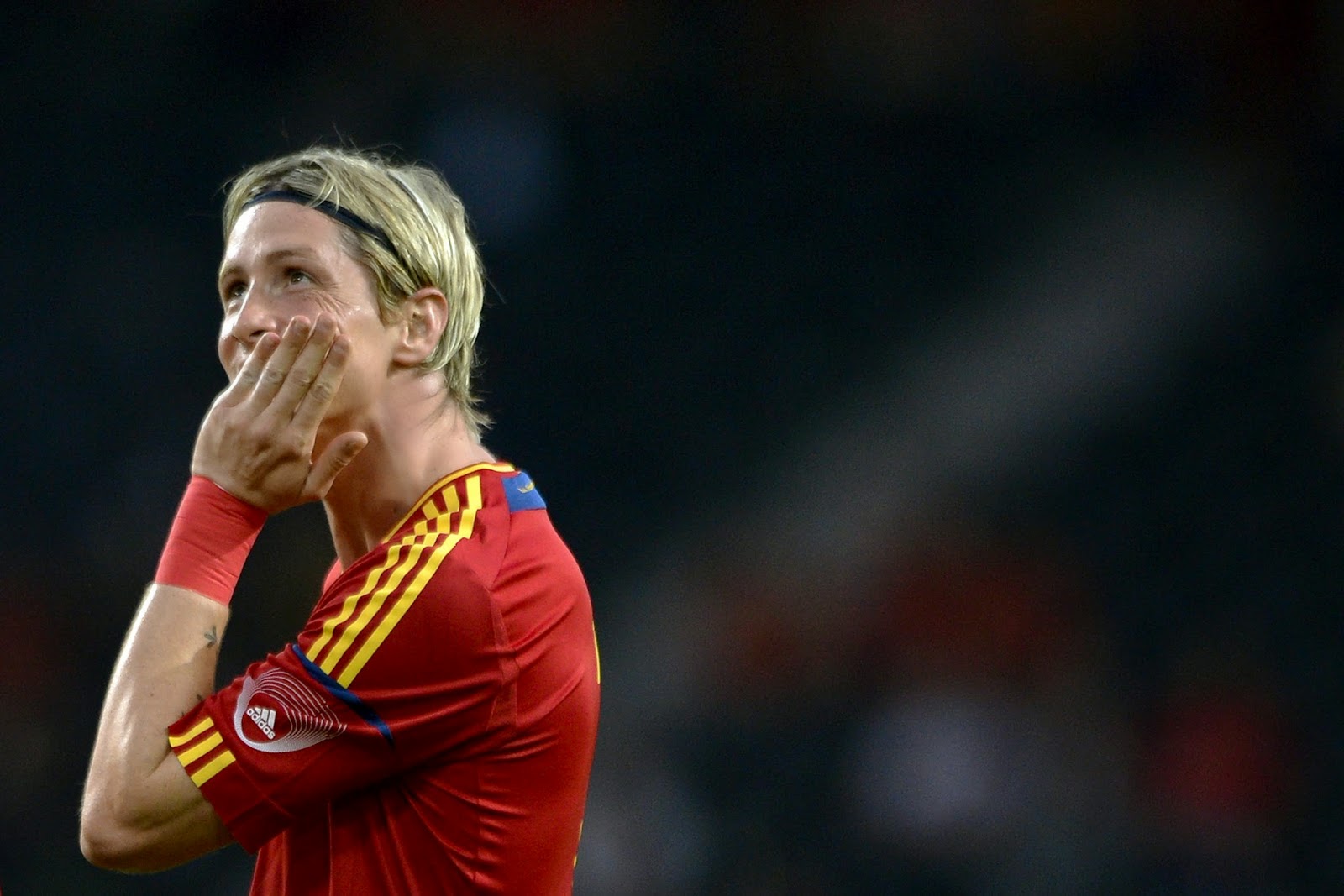 The final concern I have for Spain is their lack of a decent striker that Vincente Del Bosque trusts besides Diego Costa. Sometime over the last four years Fernando Torres lost his way, and his glaring miss in the closing stages yesterday must have been very familiar to Chelsea supporters. In fact, in all probability Chelsea won have won the Premiership this past season with a better striker than Torres leading the line.

In Euro 2012, although Torres did find the net three times, Spain tended to rely on a false nine and ended up using Cesc Fabregas or David Silva, both midfielders, in this role. On Friday, the Netherlands did an incredible job of squeezing the middle and forcing Spain into wide areas that they aren't comfortable with. Combine that with the lack of a true target man, or a "plan B" if you will, Spain couldn't make a break through after their strong opening 30 minutes.

Playing long, raking passes out to the excellent Arjen Robben and Robin van Persie, Netherlands were devastating on the counter attack and once they scored their second goal they tore Spain to pieces. 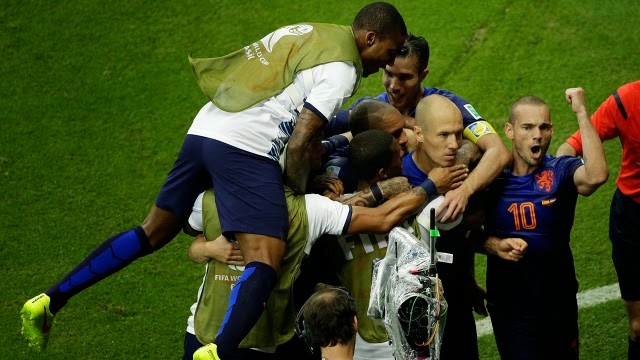 The Spanish cause was not helped by a poor match from keeper Iker Casillas and one has to wonder if his time as the Spanish number one is coming to an end. With Manchester United's David De Gea, one of the best young keepers in Europe, waiting in the wings it'll be interesting to see if Del Bosque sticks with Casillas in the next match.


Finally, has the time come to replace the brilliant Xavi? At 34 years old, with a lot of mileage on his legs, can he be expected to dictate Spain's play as he has done for nearly a decade? As brilliant a player as he has been, he has struggled to impose himself for Barcelona this season and he seemed to visibly wilt in the second half against the Dutch.


With Spain facing Chile on Wednesday, their World Cup life suddenly hangs in the balance. Chile is a fast, skillful and well organized side who could give Spain problems. It should be remembered that Spain actually lost their first match of the 2010 World Cup to Switzerland and then went on to win the tournament. So if Del Bosque can adjust his tactics and perhaps make a few key changes to the starting eleven, they can get their campaign back on track. Any way you slice it though, Wednesday's match has taken on enormous importance to both Spain and Chile, who defeated Australia in their first match and can progress in the tournament with a win. 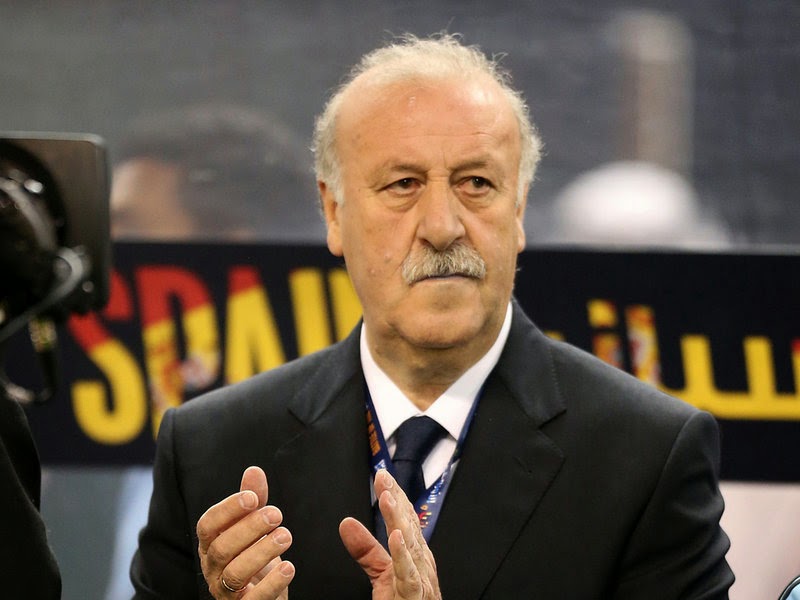