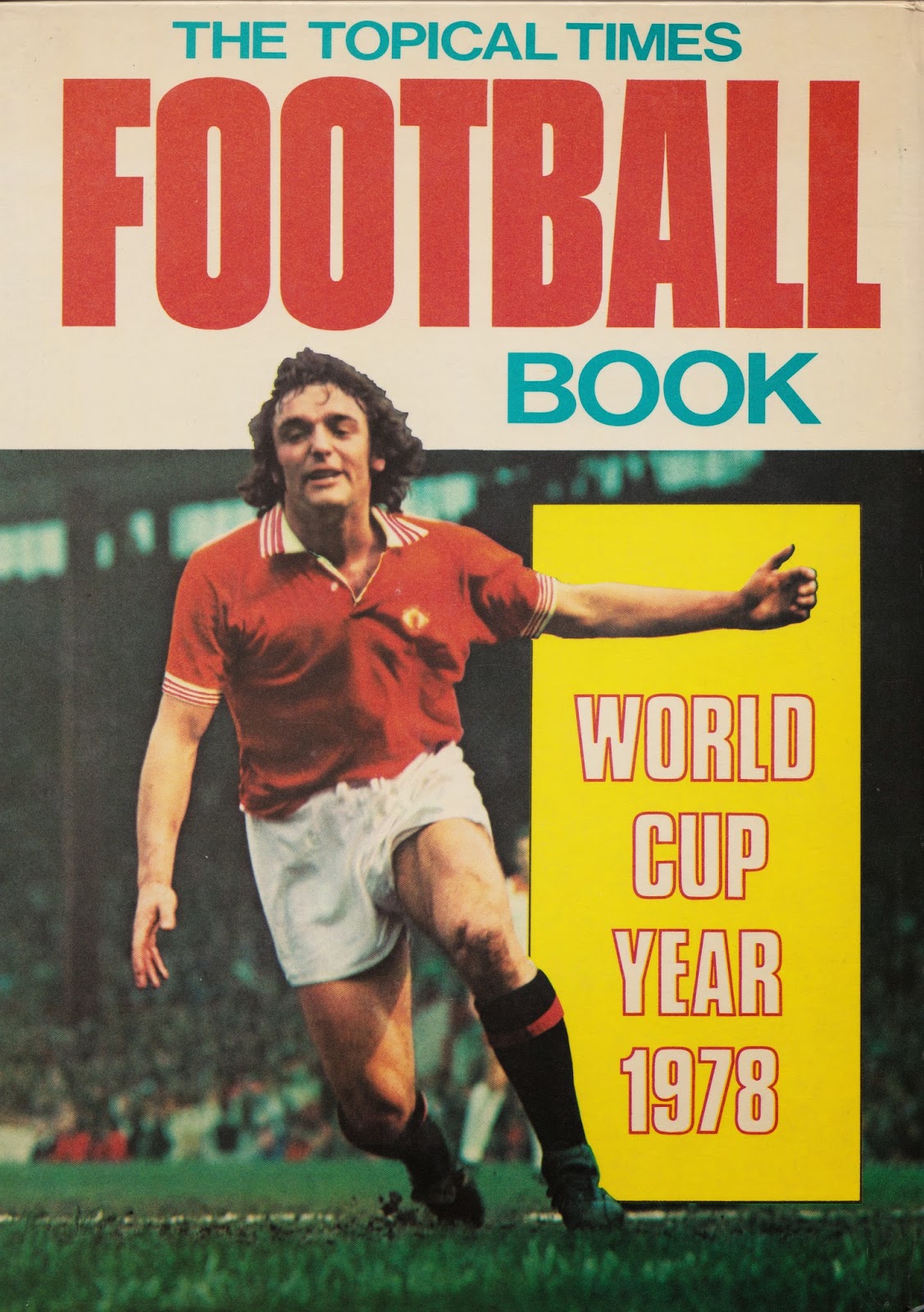 When I was about 11 years old my parents became obsessive collectors of Carlton Ware.


The decorative pottery from Stoke-on-Trent led to me being dragged around numerous flea markets and antique fairs in my pre-teen years. But rather than just stand around bored out of my mind, I made the best of it by seeking out the stalls with second hand records or books. On one such forced outing, to Aberfoyle Antique Market, I struck gold and found a stash of Football Annuals from the 1970's through to the early 1980's.

With vintage names like The Topical Times Football Book and Shoot Annual, these old books were a terrific glimpse at what passed for football literature back in the day. Sometimes it led you to believe that monkeys hanging from goalposts was a common occurrence in the 1970's, and made you wonder why this doesn't happen anymore. Modern football is too damn serious in my opinion. 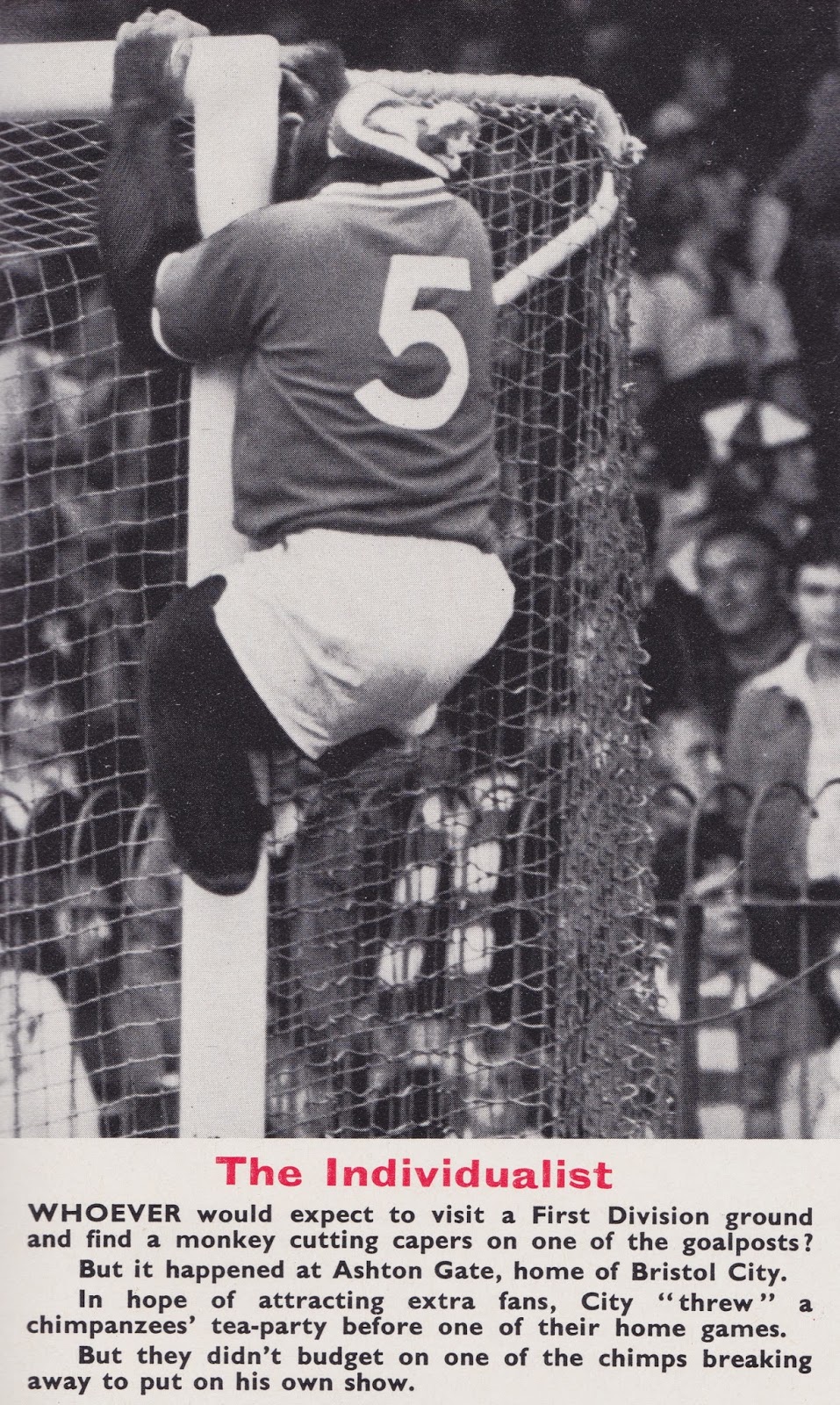 Sometimes right from the covers, like this one of Liverpool hard man Tommy Smith booting an unnamed Chelsea player in the head, you knew that you were about to see and read something very different from what was in the current football magazines. 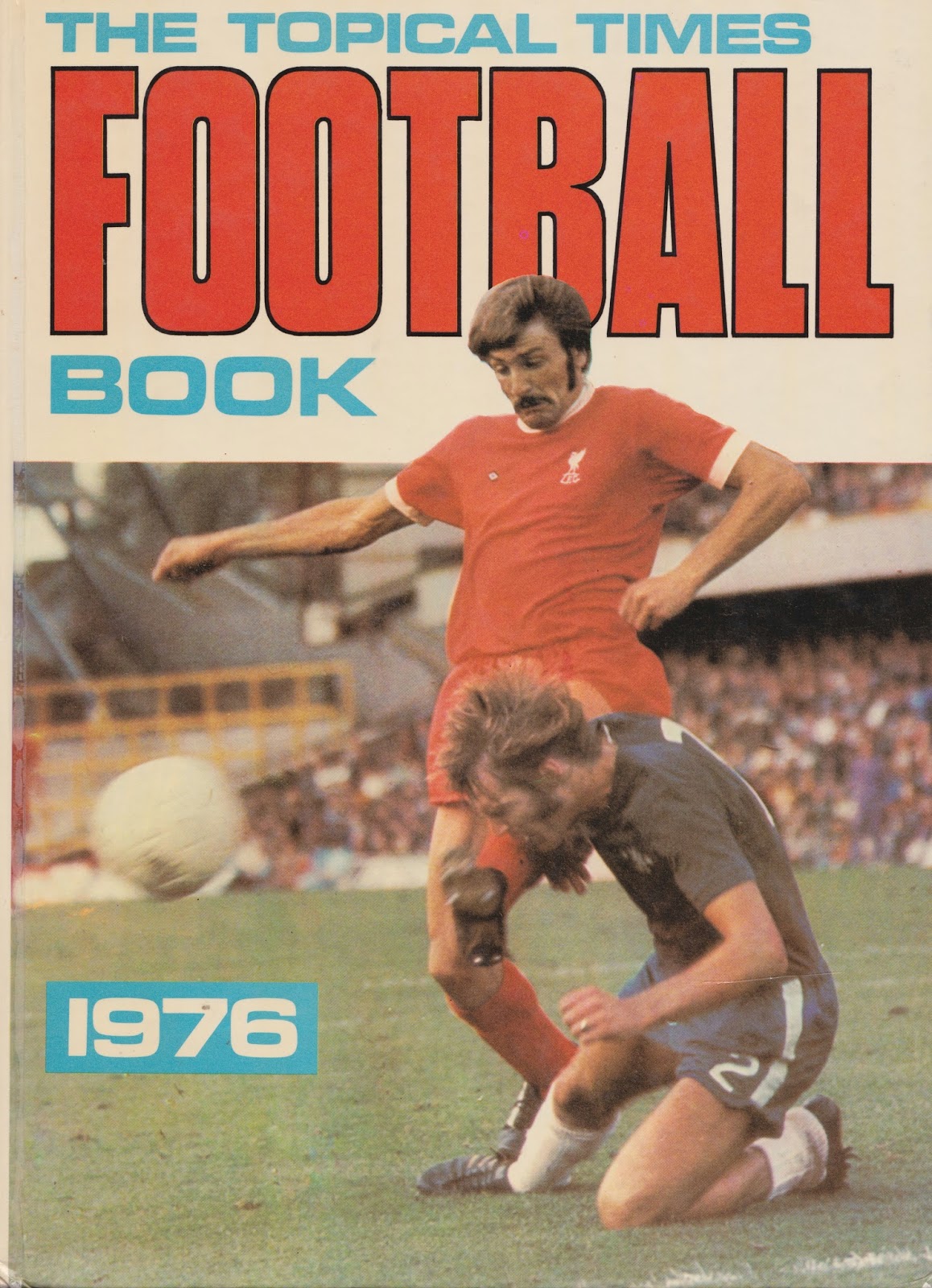 These books taught you that in the '70s men were men and occasionally goalkeepers decided that hands were for softies and opted to save shots with their faces, like this Swiss keeper below. 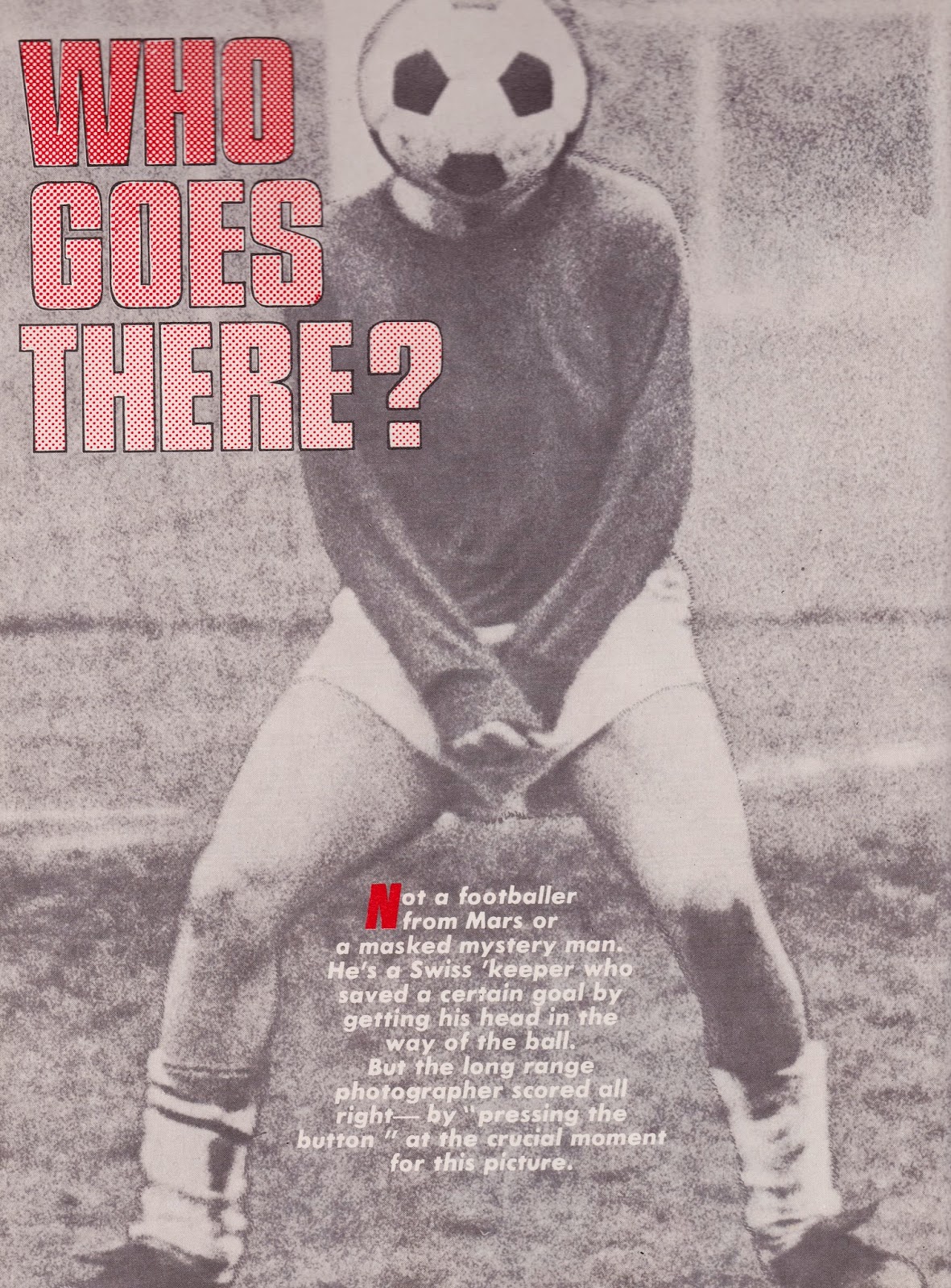 One thing that Topical Times Football warned about, in the days before political correctness, was that British clubs should keep an eye on shifty foreigners. This article recounted the time noble Glasgow Rangers played in Portugal and dastardly Benfica goons took a knife to all of their balls. Footballs that is. 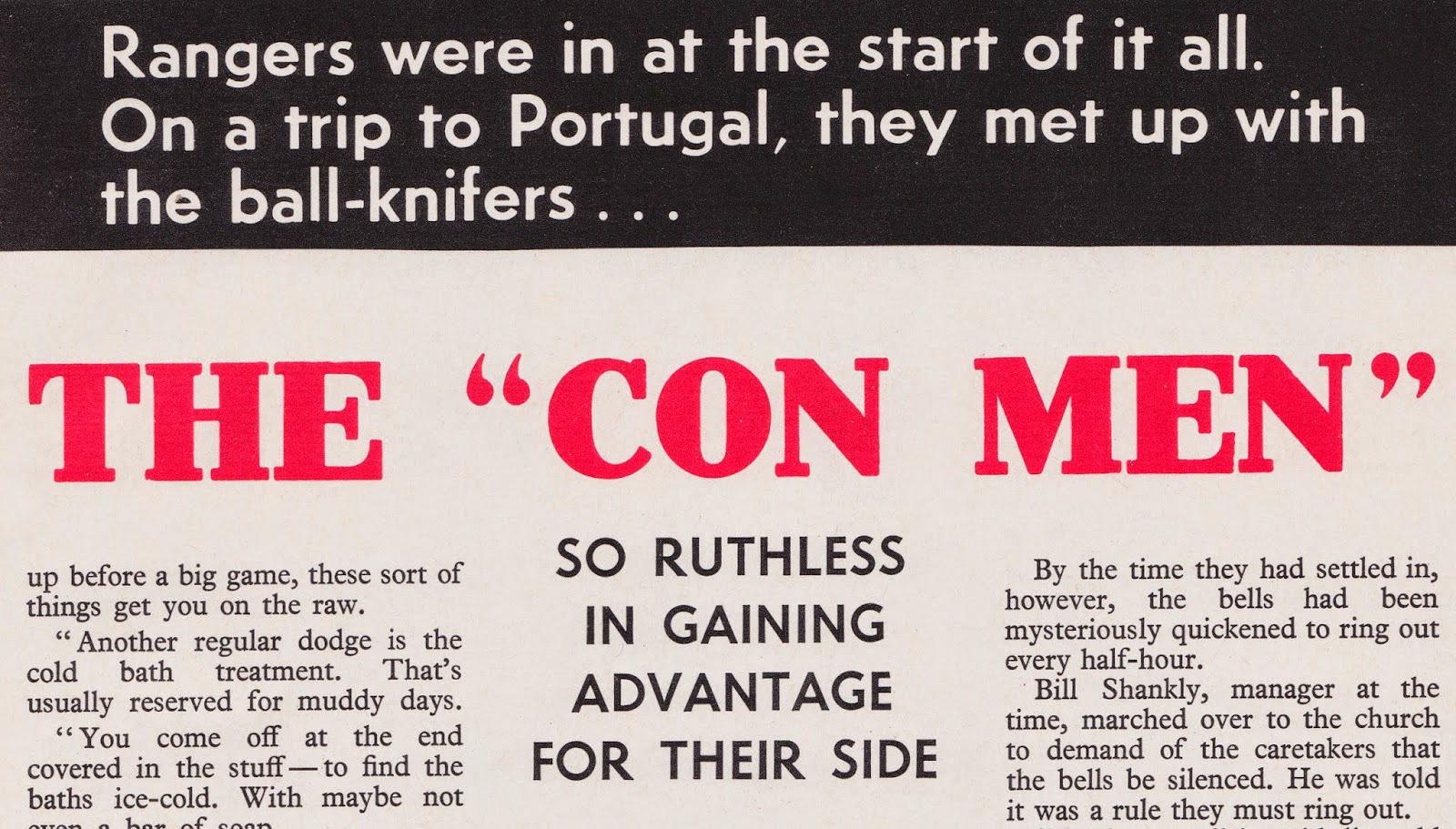 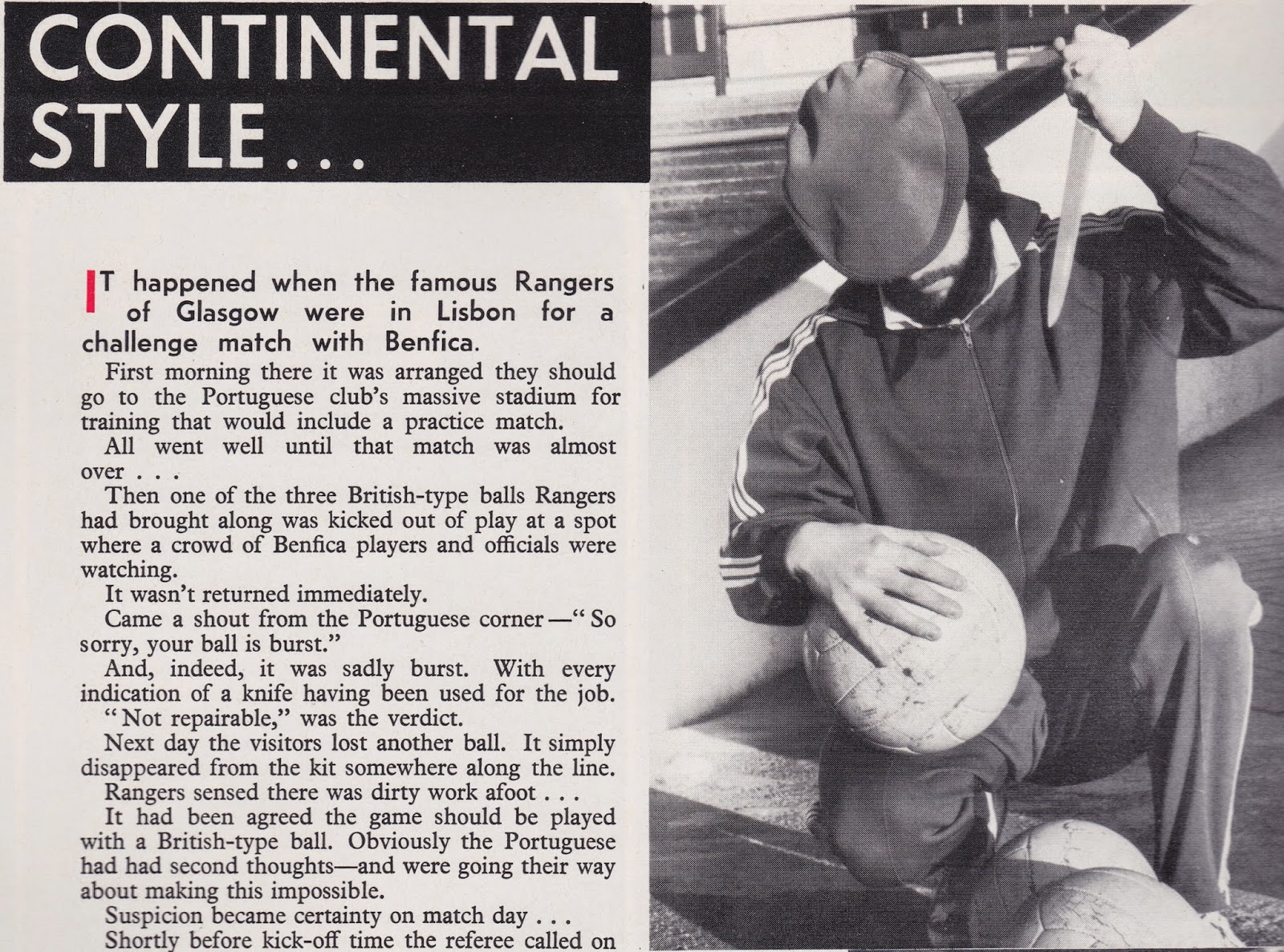 These books would not be complete with the obligatory comic strips, that probably weren't that funny in the '70s either. Although I actually have had the situation depicted in this cartoon happen to me to be fair. 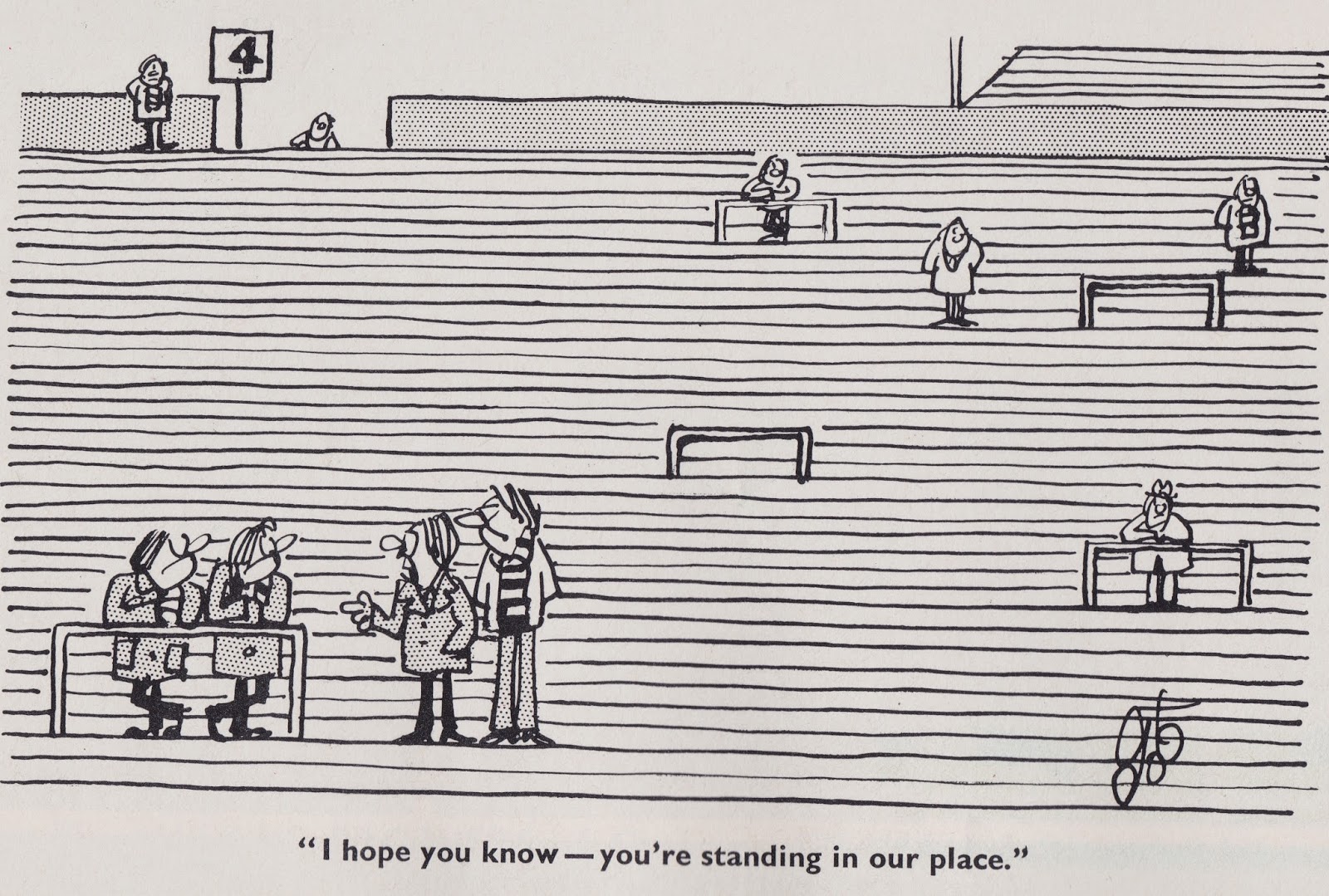 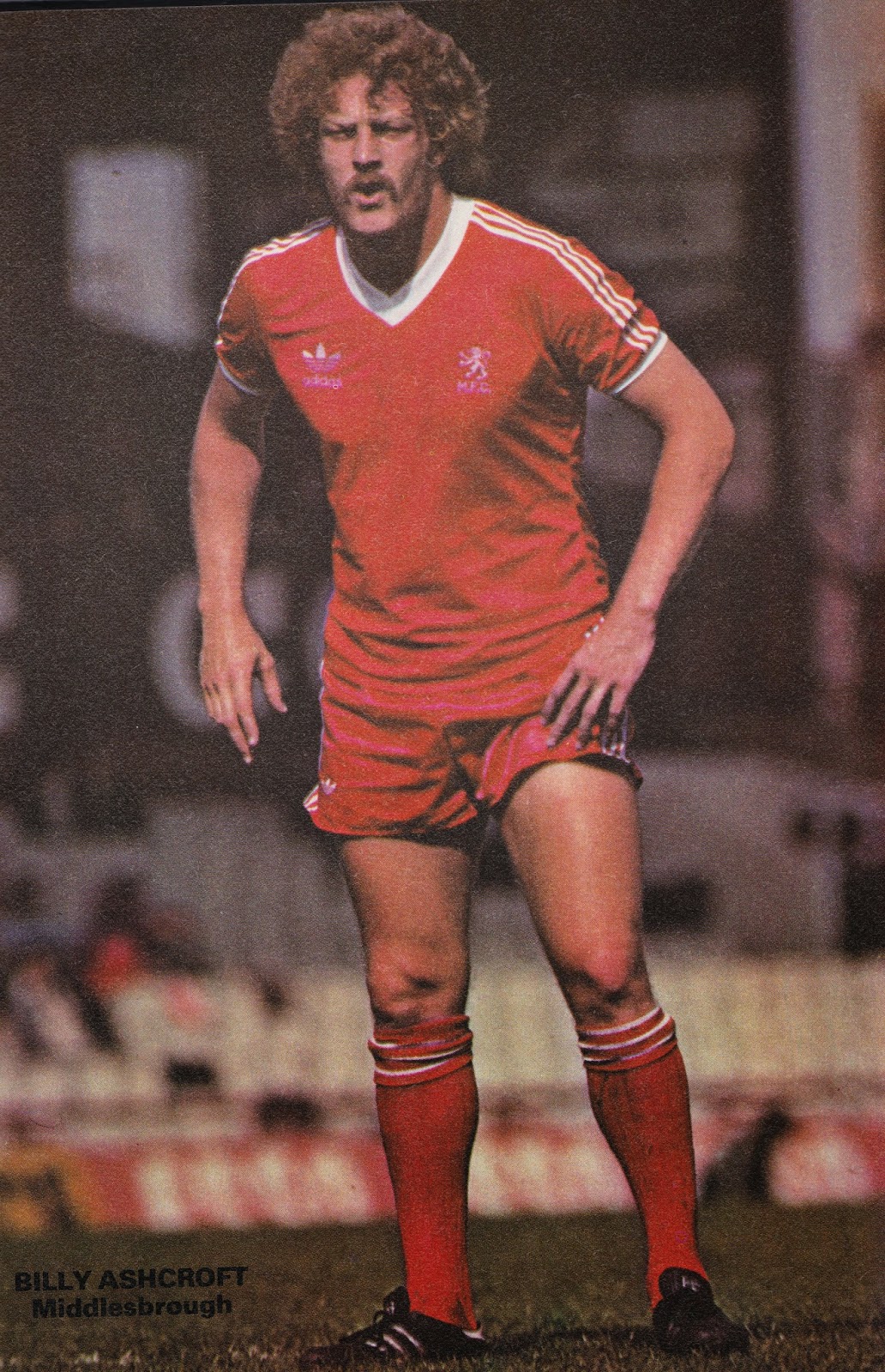 In the days before Photoshop touch-ups, poor Trevor Brooking's horribly scabby lips were on full display to the readers of Shoot Annual. This provided an important lesson about being careful about who you choose to lock lips with. It's still a valid lesson today really. 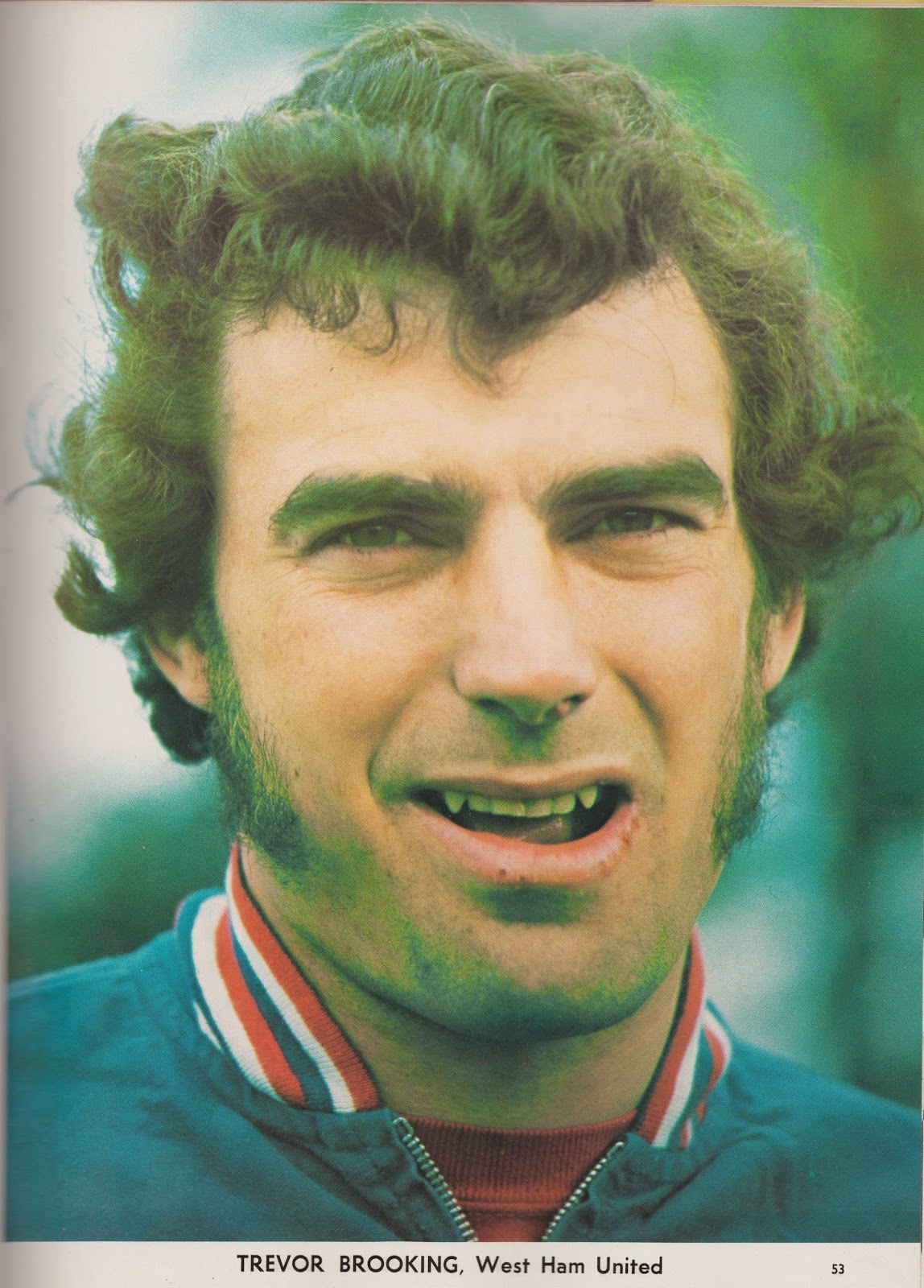 If you're into old books and you ever find yourself dragged around a market by your significant other or your folks, keep an eye open for gems like these old annuals. They provide a great view into a very different world.
SHARE SHARE SHARE