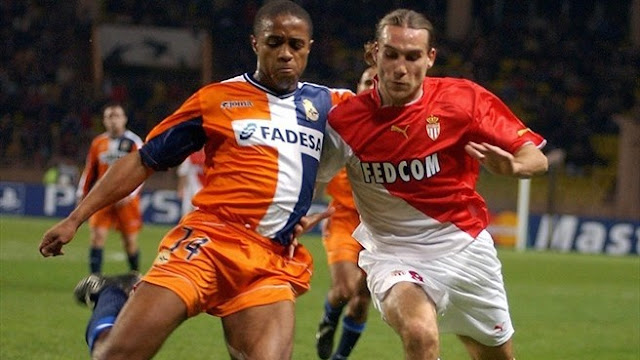 Back in the first few seasons of the 21st Century, Deportivo de La Coruña  perennially competed with Europe's finest in the UEFA Champions League.


Although they were never able to reach a final, they certainly weren't a push over in the competition and could be counted on to be tough opponents for whoever drew them.

So their humiliating defeat on 5 November 2003 to Monaco at Stade Louis II is a result that jumps out not so much as a giant pummeling a first time minnow in the competition, but as a day when everything went right for one side while everything went disastrously wrong for another.

With Deportivo winning the first meeting between the two group stage opponents 1-0 on 21 October, with a goal by Diego Tristán in the 83rd minute, another tight encounter was expected in November.

Any thoughts of that were quickly put to bed in a brutal first half that saw goals from Monaco midfielders Jérôme Rothen (2') and Ludovic Giuly (11'), plus a brace from striker Miladin "Dado" Pršo (25', 29'), celebrating his birthday, which staked the principality side to a shock 4-0 lead. 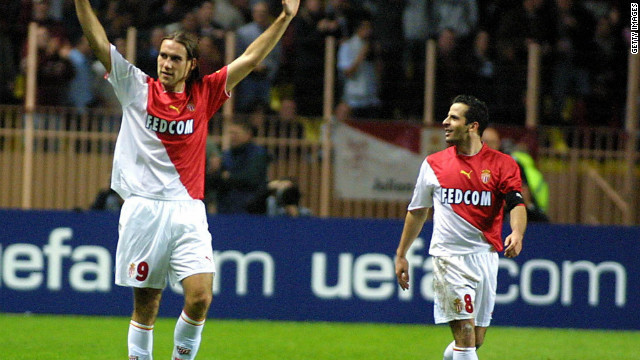 Trying to force their way back into a match that seemed over by the 30th minute, Deportivo got goals through Tristán (39') and wingback Lionel Scaloni (44') to bring the score to 4-2 just before the break.

But before the Spanish side could head to the dressing room with thoughts of turning the match completely around, that man Pršo found the net again in stoppage time to put Monaco up by three.

After the break, Monaco kept coming as a 47th-minute goal from midfielder Jaroslav Plašil made it 6-2, before Pršo tucked away his fourth goal two minutes later.

Diego Tristán scored his second in the 52nd minute to make the score 7-3, but Monaco midfielder Édouard Cissé found the net in the 67th minute to restore the 5-goal lead and round out an astonishing 8-3 score line.

To this day this is still the highest scoring Champions League match since the competition was reorganized in 1992. 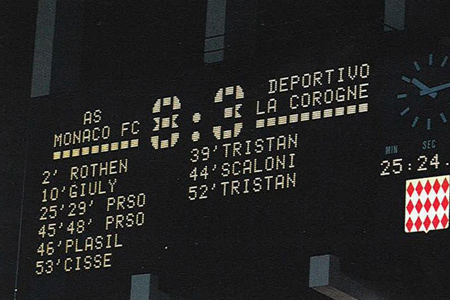 Despite this humiliation, Deportivo would recover to finish second in the group behind Monaco and would advance all the way to the semi-final before losing to Porto.

As for Monaco, they would go all the way to the final before they themselves were defeated by the Portuguese side.

Porto's manager by the way was a young brash character by the name of Jose Mourinho. The football world would be hearing a bit more from him over the coming decade.
SHARE SHARE SHARE