Quiz: How Well Do You Know David Beckham 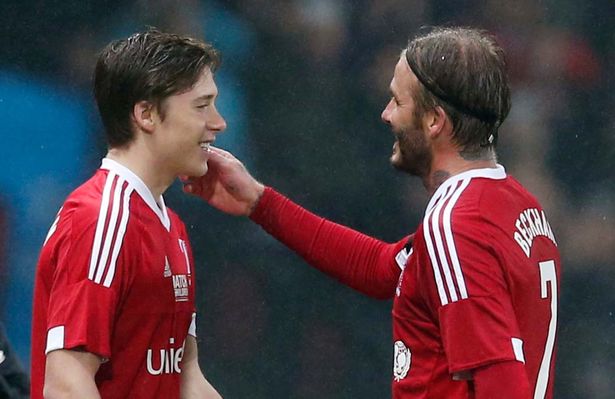 During a friendly between a UK and Ireland XI against a World XI yesterday, with the Money raised from ticket sales for the match being donated to children's charity Unicef, international icon David Beckham got to spend some time on the pitch playing with his 16 year old son Brooklyn.

It was turn back the clock time at Old Trafford for one of the goals, as Beckham picked out former teammate Paul Scholes with one of his patented swerving crosses that allowed the ginger prince to head their side in front.

Beckham and company held on for 3-1 victory on a day where people needed the welcome distraction that football provides.

Although Beckham has been in the limelight for nearly two decades, how well do you know the former England captain? Try out this quick quiz to find out: