The 10 Best Goals Up for Puskás Award This Year 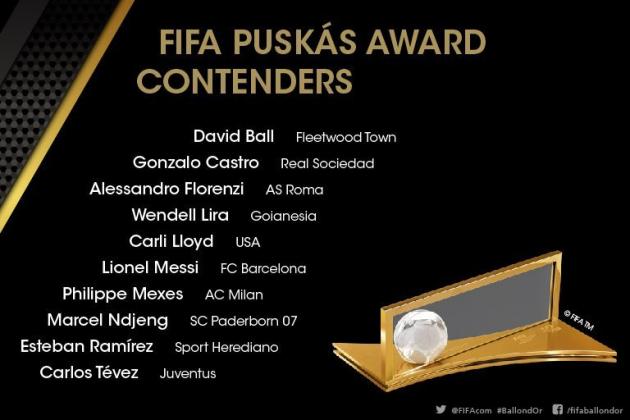 The 2015 FIFA Puskás Award for best goal of the year from around the world is in its voting stages and we have the videos of all 10 goals nominated for the prize. Last year Colombian youngster James Rodriguez took home the award for best goal, while surprising candidate Stephanie Roche from Ireland came in 2nd place. The award takes a look at the best goals scored between 27 September 2014 and 23 September 2015.

September 16 2015, for AS Roma against FC Barcelona, UEFA Champions League

November 9th 2014, for Juventus against Parma Calcio, Serie A (Italy)