5 Fun Ways to Stop Daniel Sturridge From Getting Injured Again 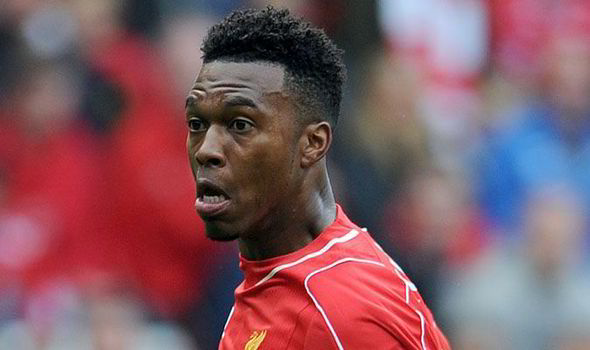 With news coming out of Anfield on Thursday that Daniel Sturridge has succumbed to injury yet again, Liverpool are left wondering what they can do to keep their balsa wood striker from breaking down.

Here are a few helpful suggestions:

1.) Wrap him in cotton wool

Not hypothetically, but hire one of those off kilter French fashion designers to come up with a giant cotton wool bodysuit that Sturridge could wear at all times. Or if not cotton wool, perhaps a giant plastic bubble encasing his entire body will do the trick?

Manchester United have had an issue with crazy faced Phil Jones smashing his own teammates out of action for the past few years, so there's obviously some dopey prick like him plying his trade for the Merseysiders that's left a little too much of an impression on Sturridge's shins. Now how a lack of tackling in training will affect their match day performances is another matter entirely.

Sturridge's injury problems only seemed to start once the cannibalistic Uruguayan bolted for Barcelona. Perhaps he can't play without him and is somehow crippled with a "pee your pants" fear of having to be the main striker? If Suarez won't come back to Anfield, perhaps a shrink will help?

Perhaps he's eating too many bags of Monster Munch and Yorkie bars (oh fuck me could I go for a fruit and nut Yorkie bar about now) and he isn't taking in enough iron. Get him on a steady diet of iron rich foods like whole grains and salmon cooked in a cast iron skillet by a finalist from Season 5 of the Iron Chef.

I will hold my hands up and admit to doing a drunken imitation of the Sturridge Dance after he equalized for England against Italy in the 2014 World Cup. But perhaps his dance is the problem. When you have joints made of Ritz crackers your body can't take that kind of movement. The simple truth is we can't all be James Brown.
SHARE SHARE SHARE