The Controversial Life and Death of Sandy Turnbull 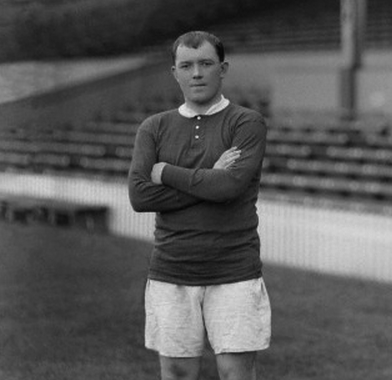 He was Manchester United's powerfully built and occasionally controversial forward with a receding hairline to go along with his eye for goal. I could be talking about Wayne Rooney but instead I'm referring to the late Alexander "Sandy" Turnbull.

Alexander Turnbull was born in Hurlford, near Kilmarnock, Scotland in 1884. The second of seven children, Sandy had started working down the coal mines at age 14 to help his family.

When he wasn't in the pits, Turnbull was turning heads for local side Hurlford Thistle and in 1902, at only age 17 he joined Manchester City.

Averaging nearly a goal in every two matches, within two seasons the young man from Hurlford had helped the club to a win in the FA Cup Final.

But in a career that would be dogged by controversy, in 1906 Turnbull found himself caught up in a scandal that rocked English football. In an era of strict maximum wages, City were found guilty of making illegal under the table payments to players and as a result their entire squad were barred from playing for the club again.

At an auction to distribute the players four of City's finest including Turnbull and the great Billy Meredith ended up at Manchester United. In one of football's enduring legends it's been said that United boss Ernest Mangnall had somehow rigged the draft in his side's favour.

United were to immediately benefit at City's expense as they won their first League Championship in 1907-1908 and followed that up with their first FA Cup in 1909, with Turnbull scoring the only goal against Bristol City in the final. 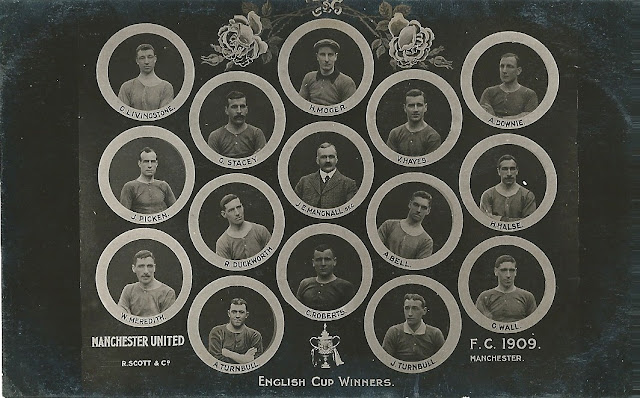 The powerful Scottish inside forward had been injured prior to the final, and was not expected to play, but he pushed on through the pain and inspired the Reds onto victory. It would not be the last time he would inspire those around him.

On Monday, February 21 1910, United opened the doors to their impressive new ground, Old Trafford, and it was Turnbull who found the net first, scoring with a diving header against Liverpool in a match they would eventually lose 4-3.

Another league title would follow in 1910-1911, but this first era of success for the club was not without controversy. 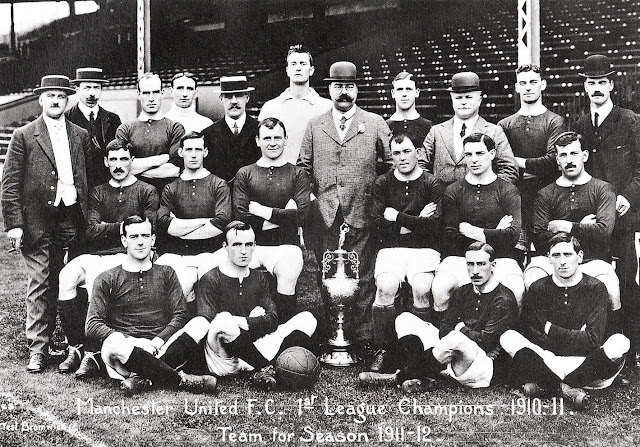 In 1909, Turnbull was one of the leaders of a player's revolt at United, in order to force the club to recognize the new Player's Union. He was nearly banned from football for his actions, but in the end his stance was accepted and the league's maximum wage was raised from £3 a week to £4.

More controversy was to follow the player though when he was found guilty, along with several other players, of fixing a 2-0 win for United over Liverpool in 1915, when it was agreed that the Old Trafford side would score a goal in either half, with the conspiring players placing bets before the match on this outcome.

Turnbull, along with two other United players and four players from Liverpool were banned from football for life.

Larger matters were at hand than football during this period though as war raged across the Western Front. With footballers, even disgraced ones like Turnbull, being urged to join the cause the now former United player joined the army and eventually found himself in the 8th Battalion of the East Surrey Regiment. 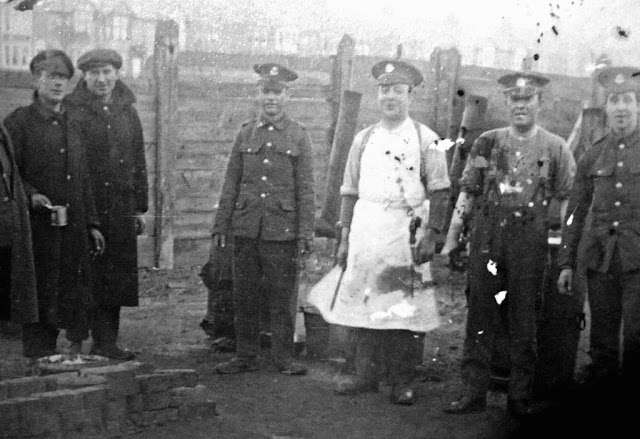 Promoted to the rank of lance-sergeant, Turnbull and his men were sent on a poorly conceived early morning raid on the German lines on 3 May 1917.

His battalion was largely made up of men that had not been trained beyond the basics of trench warfare and were running across open fields, with little cover, at a well defended position. The sickening results were inevitable with over 90 men in the raiding party killed, with many others wounded or taken prisoner.

Little is known about Turnbull's fate, but it's been recorded that he was wounded up to four times but bravely kept pressing on through the quagmire to try and help his men reach their objective.

The first hero of Old Trafford was declared dead that day at age 32 and although his body was never recovered he is commemorated on the Arras memorial.

Two years after his death, perhaps in recognition of their service in the war, Turnbull and all of the players banned from football in the match fixing scandal of 1915 were granted a pardon.

Today we honour brave men and women like Turnbull who served their countries and in many cases made the ultimate sacrifice.