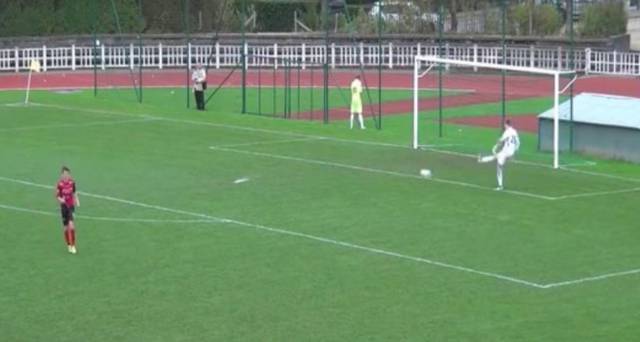 We don't often talk about the Belgian Third Division here on FootyFair, or even the top tier of the Belgian league come to think of it, but I was pissing myself with laughter when hearing of a player emptying his bladder during a match there this week that I felt a duty to share this tale with you fine readers.
During amateur side Eendracht Aalst's fine away victory over KFC Izegem in the Belgian Third Division, Eendracht striker Philippe Janssens found himself bursting for a slash.

With his side leading 2-1, Janssens could hold on no longer so he dashed behind one of the goals to drain the main vein.

Despite his pee break reducing his side to 10 men, they didn't piss about and promptly broke down the pitch to notch a third goal before Janssens had finished up and tucked his Julian Dicks back into his shorts.

His urinary outburst was caught on camera however and the local police may have him by the balls, with a possible fine of £60-350 coming his way.

So keep that in mind the next time you head out onto a football pitch, skipping a quick pre-match leak could cost you!