This week on Concepts we feature the work of @BlurDzn, a London based graphic artist who had previously been featured on our site with his concept of fictional Australian football club Canberra United. This time around the artist takes on an existing club and a big one at that, Italian side AC Milan. From the club badge to the brand's incorporation into social media and merchandise, here's the designer's own description of the project:


Around eight years ago my aunt bought my brother and me Milan shirts. She gave my brother an Inter shirt and gave me an AC shirt. Since then I have been supporting Milan as my Italian team, as I already supported Chelsea.
By chance I am supporting AC Milan instead of Inter just because they thought red suited me.
I thought I would share this story as it is a bit different to the cliché of the football team runs in the family and it sets up this project quite well.
This type of project is not new to me as I did a similar thing with Calgary, except that was a fantasy team. I have had a lot of fun doing this project and I have tried some new things like app and web design. Hopefully I have done them to do a good standard and maybe I have created something, which will inspire people.
After my Calgary project I quickly became eager to start another similar project. The hard part was deciding which team I was going to pick. At first I thought of doing Manchester City as I thought their logo was old fashioned but a friend of mine influenced me to do the mighty Rossoneri.
So I will let you begin and I hope you like my project!

For the logo I was inspired by three things. First the shape was inspired by the current badge on the home kit which I thought looked more traditional than an oval shape. Other parts where inspired by past and the present logo as I stayed with similiar colours and a gold outline. 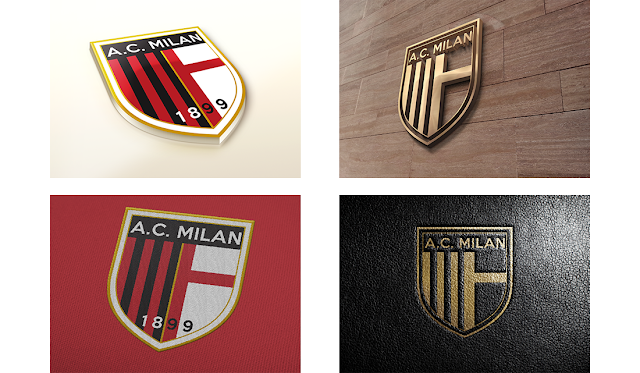 In this project I spent a lot of time on the logo and different concepts but after creating the logo I started creating other concepts of the rebrand such as Twitter revamp, Website revamp, App revamp etc.
Below is the extra things I created for this project. 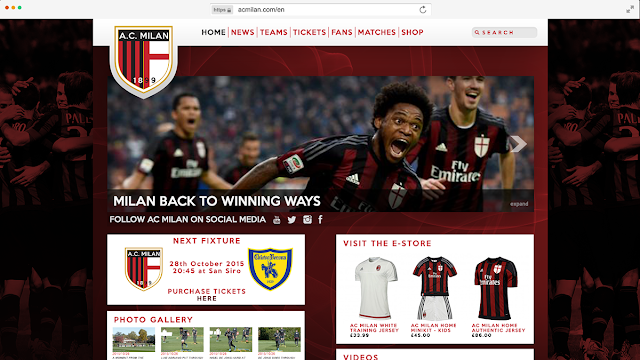 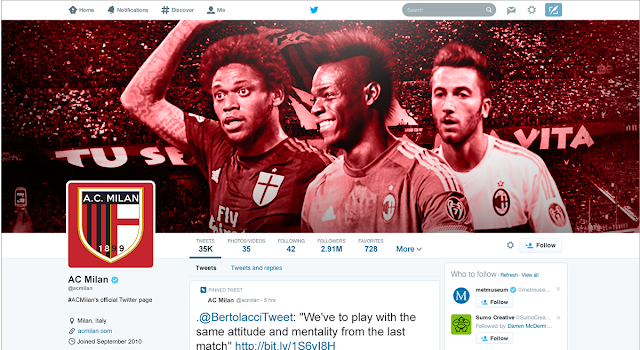 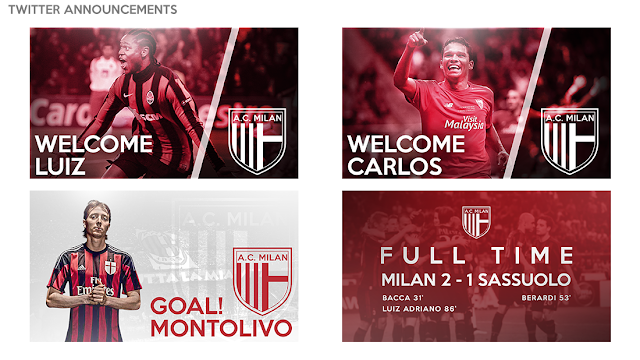