The Federated States of Micronesia Thrashed 38-0 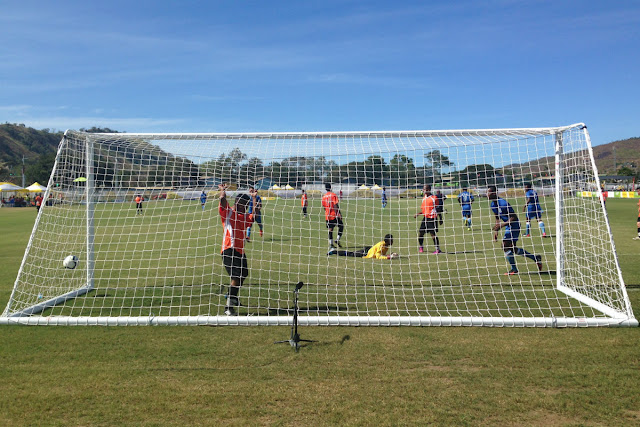 We were down 5-0 twenty minutes in before a few of our players that either couldn't tell the damn time or read a fixture list showed up and helped spur us on to a mere 9-0 defeat.

But as bad as that was it's nothing compared to the crushing humiliation that the Federated States of Micronesia suffered at the hands of Fiji at the Pacific Games on Sunday, as the island nation were pummeled 38-0.

Down 21-0 at halftime the first time entrant at the Oceania Football Confederation tournament managed to restrict their opponents to only 17 further goals in the second half.

Fiji's Atonio Tuivuna plundered 10 goals at a tournament that offers the possibility of qualification for the Rio 2016 Olympics.

Despite this net smashing blockbuster since the Federated States of Micronesia aren't officially ranked by FIFA, the match won't be recognized as the largest margin of victory in an international and Australia's 31-0 thrashing of American Samoa in a qualifier for the 2002 World Cup is still the record holder for drubbings.

Sunday's result came just two days after having their shorts pulled down to the tune of a 30-0 humping by Tahiti in Port Moresby, Papua New Guinea.