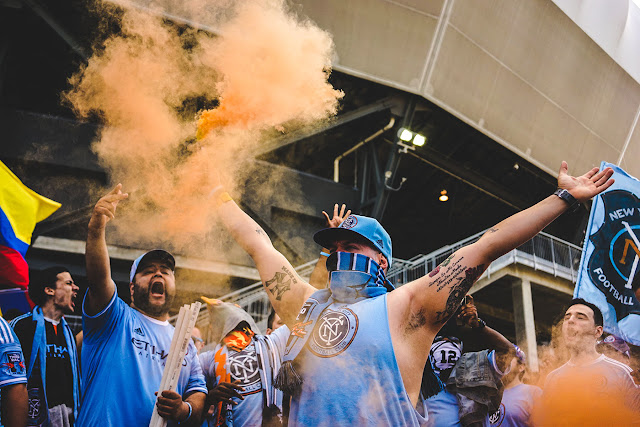 Usually Foto Friday is a collection of photographs I put together from various photographers based on a common subject in the football world, but today I decided to take a different approach. Today we feature the work of New York based 15 year old photographer Justin Alexander Levine and his recent experience at the New York derby played between the Red Bulls and City. Here is his description of his work: (you can support Justin by following him on twitter @splxce)

Live From 236 - The Birth of Supporters Culture in NYC

On May 21st in the year 2012, City Football Group, owners of English champions Manchester City FC, announced a joint venture with the New York Yankees to bring a soccer team to New York. It would be a club that I, 12 years old at the time, fall in love with almost instantly. For the past two years, I have had the pleasure of watching the largest and official supporters club, Third Rail SC, grow under the watchful eye of president Chance Michaels. I was brought onto the board of TR at the ripe age of 13 to help manage the U21 division.

On March 8th, 2014, our beloved club played it's first game against Orlando City SC, drawing due to Ricardo Kaka's free kick equalizer in the last minutes of the game. The next week, NYCFC played their first game in Yankee Stadium, a baseball stadium that for many people was a laughable matter. But, New York City brought it, bringing 20,000+ to every home game so far this season.

Last Sunday, May 10th, just a short two days after my 15th birthday, I once again brought my camera into the atmosphere. This time, the New York Derby. NYCFC vs. Redbulls, a rivalry built from proximity. The game ended up being one of the most interesting and firey experiences of my life, and I was happy to capture it. 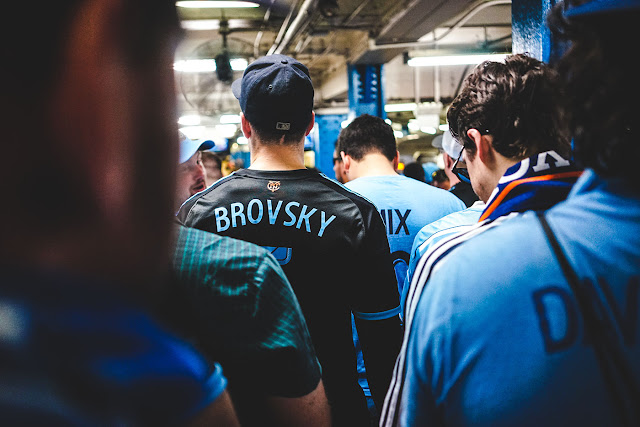 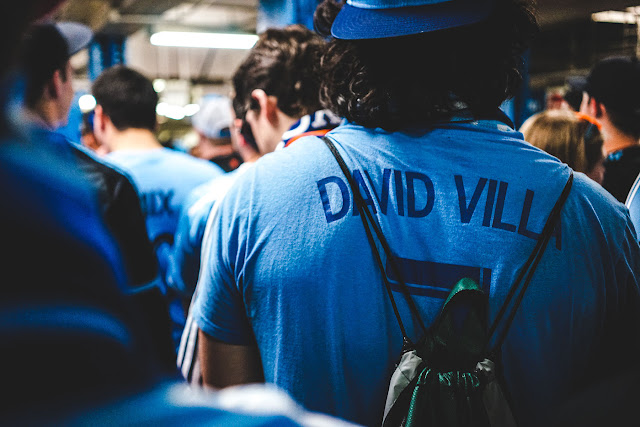 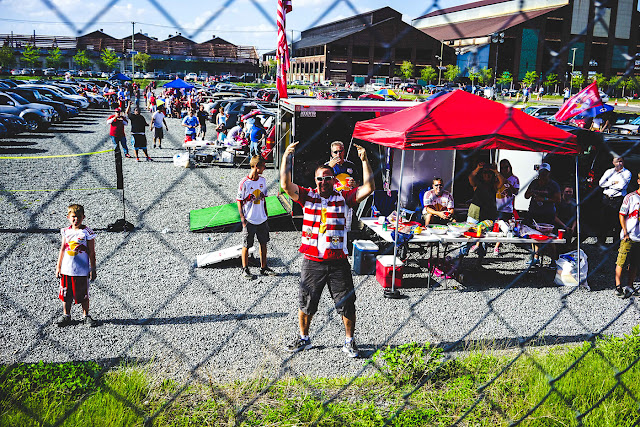 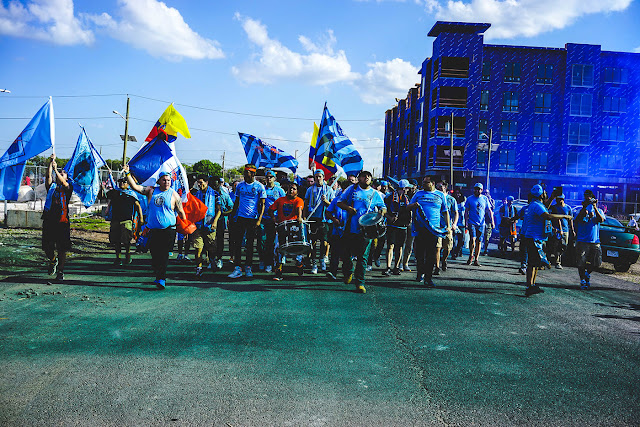 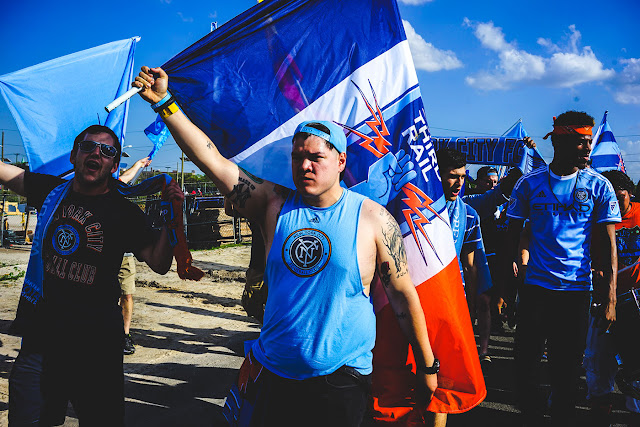 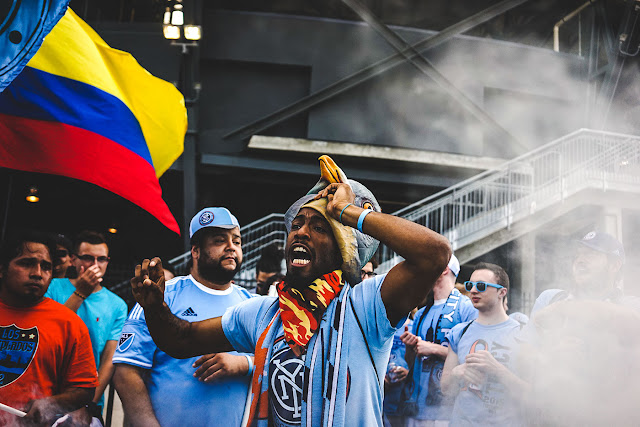 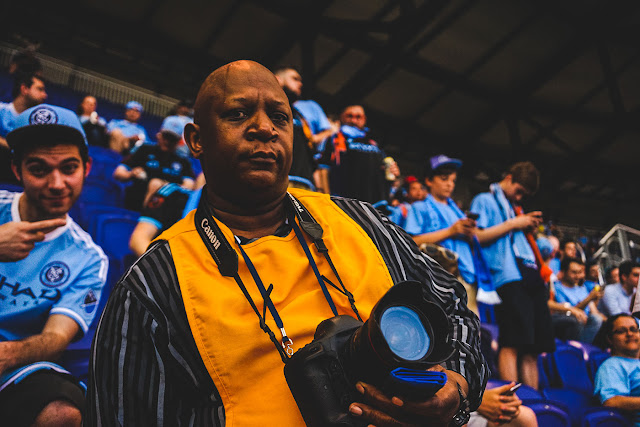 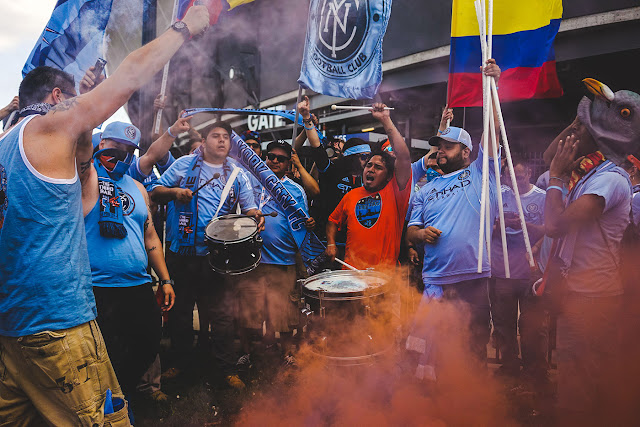 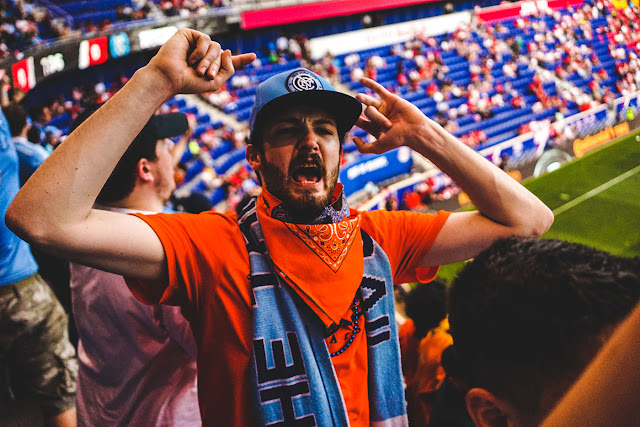 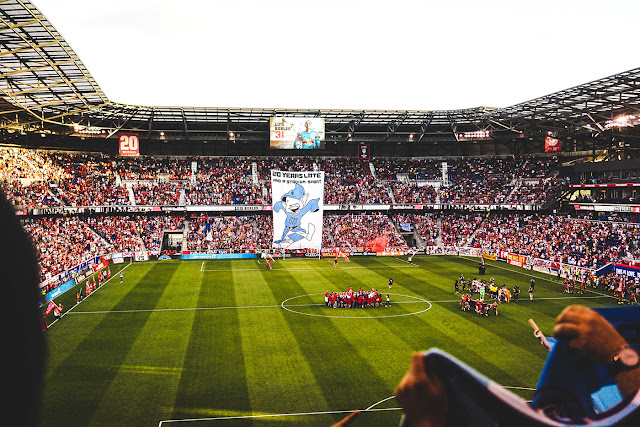