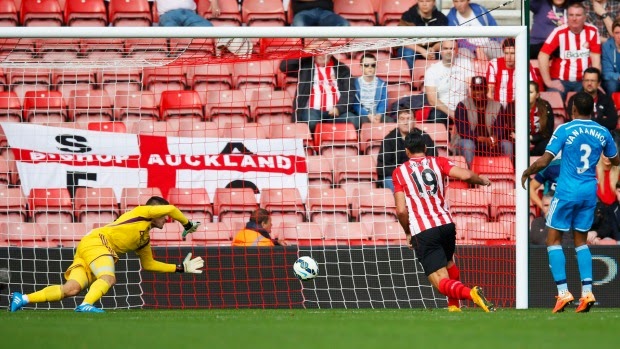 Now that the Premier League season is officially behind us, we here at FootyFair just love to take apart the most shocking or least successful aspects of football and so we bring you a list of interesting worst statistics and records from this past season. Now we all know by now that Queen's Park Rangers had a pretty terrible season and after finishing dead last it is obvious that their overall points would be the worst in the league, but they also finished last in goal differential, most goals conceded and most losses in the league so I will not include those into the list. But QPR was not at the bottom of the league in every column.

Both Burnley and Sunderland managed just 7 wins from the 38 matches they played. There was a big difference between the sides however, one that would keep one in the top tier of English football while the other suffered the faith of relegation. While Sunderland mustered 17 draws, Burnley could tie their opposition on just 12 occasions as the Black Cats survived to compete in the EPL another season while the Clarets finished the season 5 points behind safety.

Not a surprising statistic considering the poor record for Burnley who was just promoted and will head straight back to League Championship after just one season in the EPL. In their 38 league matches the Clarets scored more than twice on just one occasions, that a 3-3 draw with Newcastle on New Years day.

For a Newcastle Supporter such as myself, that match was particularly enjoyable. I still remember sitting at the pub watching Newcastle defeat Leicester City 1-0 as bits of news were coming in of Sunderland's misfortunes. From a non-biased point of view, it was simply a terrible performance by the Black Cats, while Southampton were having a blast. And of course there was that incredible own-goal from Vergini.

After picking up their first EPL return victory away at Stoke and then shocking Manchester United by a final score of 5-3 the following week, Leicester City would go on to record this season's longest winless run which lasted 3 months. Between September 27 and December 26 the Foxes would go on to lose 11 times, picking up just two points from their draws against Burnley and Sunderland.

The Magpies hold this year's record for the worst losing run with 8 matches, a streak that came at the worst possible time for Newcastle. Sitting safely in 11th place and having picked up 8 from 15 available points in their previous 5 matches the Toon would go on to lose 8 straight with what started as a tough last minute gasp loss to Manchester United on March 4th, included a derby defeat to bitter rivals Sunderland and capped by a 3-0 thrashing at the hands of Leicester City on May 2nd.

Perhaps it may seem unfair to judge QPR on their attendance since their stadium can only fit just over 18,000 spectators. Nonetheless, it was the very early stages of the season when QPR hosted Stoke in September in what turned out to be a fairly thrilling 2-2 draw. The attendance barely broke the 16,000 figure, which is quite odd considering the club recorded more than 17,500 at Loftus Road in all other matches this year, including their May 16 meeting with Newcastle which was at that point a meaningless game considering QPR were guaranteed relegation.

Pundits and fans always like to speculate on who will be the first manager to get sacked in any given season. My prediction before the commencement of the season was way off having picked West Ham's Sam Allardyce; although perhaps not that ridiculous since he was indeed axed right after the club's last match of the season. In any case, Crystal Palace's Neil Warnock was the first manager to get the boot this season, which came two days after Christmas and that was designed to make room for departing Newcastle boss Alan Pardew. Taking over for 18th place Palace, Pardew turned the club's fortunes around finishing the year sitting in 10th.

Sunderland's Lee Cattermole's style of play always dictates the possibility of picking up numerous cautions and this year the defensive midfielder picked up 14 of them, the most of any player for a single season since Newcastle's Cheick Tioté finished the 2010-11 season with the same tally. This is not the first time Cattermole has led the league in this category either. During the 2011-12 season Lee also finished at the top of yellow cards picked up, tied with Alex Song, Joey Barton and Jason Lowe with a final tally of 10.

Considering Cattermole's league leading 14 yellow cards as an individual it's not hard to believe that his club Sunderland would be a top of cautions conceded as a club. But with 94 total yellow cards, Cattermole's total does not seem all that bad at the end. Only two Sunderland players that played more than one match did not receive a caution from the referee this past season (Jozy Altidore and Sebastián Coates); however, the two only managed 21 appearances between them. Just behind yellow card leader Cattermole were Sebastian Larsson with 11, Connor Wickham with 8 and Billy Jones with 7, a grand total of 40 cautions between the four.

Newcastle United and Aston Villa picked up the designation of most total players to have been sent off. Both clubs picked up 7 red cards each throughout the season. For The Magpies Moussa Sissoko and Mike Williamson managed two red cards each, which is also the most for the Premier League this season as far as individual sending-offs are concerned. But for the Villains it was much more across the board as every one of the 7 red-cards was picked up by a different player.

Most Losses at Home: 10 - Crystal Palace

Despite having achieved a pretty solid finish in 10th place, Crystal Palace's Selhurst Park was far from the "fortress" the club needed it to be this year. Picking up a total of 10 defeats from 18 matches at home the Eagles were much better on the road the entire season. Even after Pardew's arrival 5 out of 7 of the club's losses came on home ground.

Let's put this in perspective; Sunderland recorded a league high 17 draws. 53% percent of those draws ended with a goalless outcome. Behind the Black Cats in total draws for the year were Burnley which managed just 3 more tie games (with any score line) than Sunderland's 0-0 tallies; less than half of Burnley's draws ended in 0-0. After that we had Everton, West Ham, West Brom and Hull City with a total of 11 draws; between those 4 clubs they had a combined total of 15 0-0 draws with none of the four managing more than 5 stalemates for the entire season. As far as the rest of the league is concerned, 13 of the 20 clubs in the EPL this past season had an equal amount or less total draws than Sunderland's league high 9 nil-nil decisions.
SHARE SHARE SHARE