Barcelona, the Killer of Defending Champions 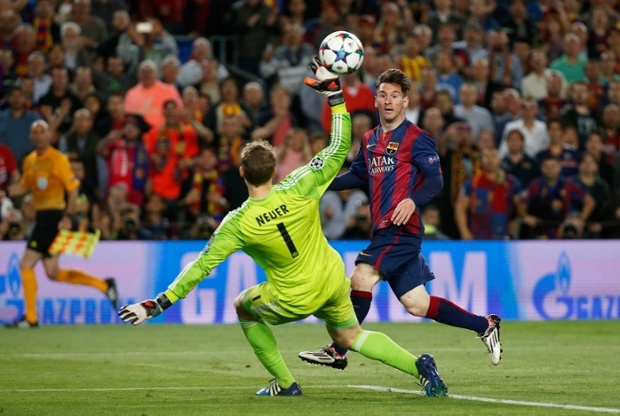 After yesterday's emphatic 3-0 semi-final home victory over German side Bayern Munich, last year's La Liga runner-ups Barcelona have shown that the fire of tiki-taka or at least whatever is left of it hasn't been put out completely. After all, it is this impressive win over the defending and repeating Bundesliga champions that has given the Catalan side the impressive achievement of having won against 5 different title holders in this tournament alone.


The UEFA Champions League has been expanding and the inclusion of more clubs in the tournament means that not only the title holders of each European nations enter the league. In some cases up to 4 clubs from one country are allocated a spot in some stage of the competition. But this season, although not the title holders of their own domestic league, Barcelona has managed to defeat quite the collection of clubs that have indeed won their league title the previous year.
Entering directly into the group stages Barca's group F included 3 champions (all clubs except for Barcelona themselves). Although not as impressive a name as the rest of Barcelona's triumphs, Cyprus' title holders APOEL were the Spanish clubs' first victims with a 1-0 win for the Catalans on home soil at the Camp Nou in their very first match of the competition. After losing to French champions Paris Saint-Germain in Paris Luis Enrique's side would claim their second championship holding victim with back to back wins against Dutch title holders AFC Ajax both at home and in Amsterdam. And after winning in Nicosia against APOEL for the second time in the group stage, Barcelona would complete the group F "trifecta" by defeating PSG by a score of 3-1 in the very last match of the group stage. 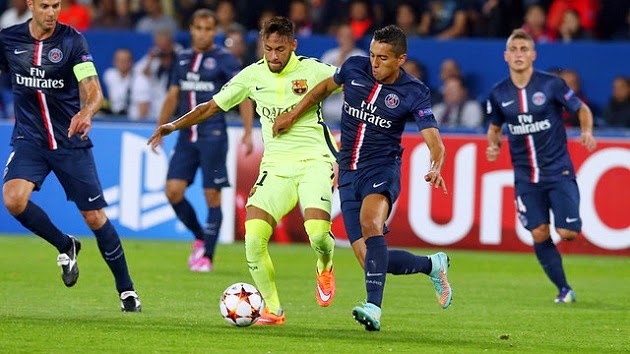 Drawing England's defending champions Manchester City in the round of 16 the Spanish runner-ups would sweep another champion aside with wins both at home and away to eliminate City from the competition by an aggregate score of 3-1, and although they have already played France's champions Paris Saint-Germain in the group stage they would again defeat the French title holders in the quarter-finals; this time even managing to record a win in Paris.
And then the game at Camp Nou last evening, when Barca showed their class by putting German giants and of course title holders aside with a 3-0 win that has very likely qualified the storied Spanish club for the big final in Berlin.
On their journey so far the storied Spanish club have defeated defending champions from 5 different countries, having won a total of 10 out of 11 matches against title holders of the 2013-14 season. As a matter of fact, Barcelona have yet to match-up against a side that hasn't won their domestic league the previous year. The only way that could happen is if Barca were to meet Spanish rivals Real Madrid in the final.
All that remains now is another match against German giants Bayern in Munich and perhaps the hope that they would meet the only other defending champion still left in the competition, maybe a sixth victim, Italian club Juventus.
SHARE SHARE SHARE