Home » Bundesliga , CONCACAF , MLS , premier league , Rants , Round Table » The Round Table: Highlights of the Season

The Round Table: Highlights of the Season 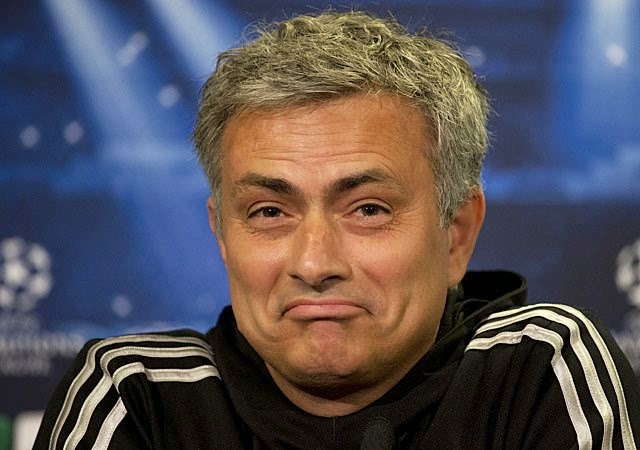 Every weekend we go beyond the headlines and talk to real football fans about current topics or issues in the football world.
Today the group discussed their own highlights of the 2014/2015 football season.

With only about a month to go in the European Football season for 2014/2015, what have been your highlights so far this season?

Jay:
As a Manchester United fan, sadly mostly just David DeGea's performances. Haha. Though in have to say the battle at the bottom of the table has been great to follow, providing some great games!

Parmar:
Being top of the table all season long (LOL) and being 13 points clear with an opportunity to win the title at home.

BORING BORING CHELSEA and Mourinho's reply: 'Boring, I think, is 10 years without a title. That's very boring,' ''The boring team is the second team with most goals in the Premier League, the best goal difference. Only Manchester City have scored more goals than us.'

Liverpool coming back down to reality and being where they belong in the table.

The relegation battle has been intriguing and cool to follow. I'm interested to see if Villa can keep their winning form up and stay out of relegation. It would be a shame seeing a club like Villa be sent down.

Iain:
My highlights include Brendan Rodgers being exposed as a tactical fraud and also doing what he criticized Spurs for when they sold Gareth Bale: Replacing quality with quantity after Luis Suarez was sold.

Manchester United's improved play, in the second half of the season has been a highlight with Juan Mata's goal along with dominating Liverpool and City being a joy to watch.

Southampton have been a nice story and it was great to see Aston Villa get to the FA Cup Final.

Adrian:
While the race to become Germany's champion might not have been incredibly competitive, there's been more than a few talking points this season.

The biggest one being Borussia Dortmund's incredible fall from grace. Two years ago they were playing in a Champions League final, and this season they found themselves rock bottom of the table on multiple occasions and it looks as though they'll be losing some marquee players in the summer not the least of which...their manager.

Wolfsburg of course surprised folk by taking up the challenge of dethroning Bayern, and while in the end they failed they will at least have the honour of providing the league with the MVP. Kevin de Bruyne was a one man wrecking crew at times and Wolfsburg will be hard pressed to keep him this summer if the offers start to roll in. Would be a shame as they seemed to have been building something good there.

There's a good chance that the only club to play in every single Bundesliga season will finally be relegated, HSV. The tiny Bavarian club Augsburg could end up in Europe next season. And finally ahead of the big guns like Lewandowski, Müller, Reus, Robben, Huntelaar, and de Bruyne the torschützenkönig will very likely be Frankfurt's Alexander Meier. Whenever Frankfurt scored it seemed as though it was Meier doing the business and he'd be the first Eintracht player to win the scoring title since former Leeds man Anthony Yeboah was joint top scorer in 93-94.

Luka:
And how can I forget Montreal vs Club America in the CONCACAF Champions League Final and the meltdown at the O just this past week?