10 Football Facts & Stories That Will Blow Your Mind! 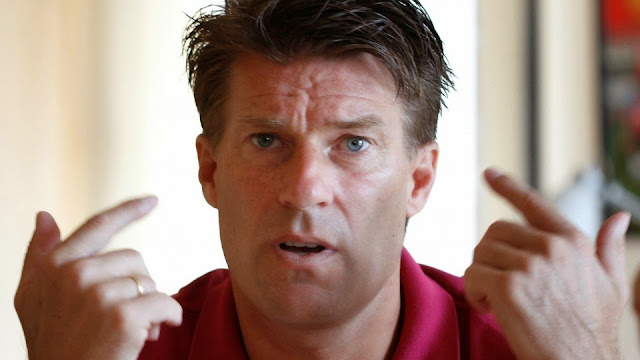 It's Sunday, so why not blow your mind with a few football stories and facts.

#1 - The lightning storms of Congo

In 1998, two amateur clubs in the Democratic Republic of Congo continued a match despite violent lightning storms. The storm was so severe that the entire home team was killed during a particularly hard hit. As if this was not odd enough, everyone on the opposition club was fine and survived the storm.

#2 - Laudrup on either side

On January 8th, 1994 Danish midfielder Michael Laudrup as a part of Spanish club Barcelona was  5-0 victorious over bitter rivals Real Madrid. After signing for the rival club and playing against his former side Barca exactly one year later to the day (January 8th, 1995) Michael Laudrup was a winner once more, this time with Real Madrid defeating Barcelona with the exact same 5-0 score.

In 1967, while crossing the street after a match between Torino and Sampdoria, 24 year old Torino winger Luigi "Gigi" Meroni was accidentally struck by a car and killed. 19 year old Attilio Romero who was driving the car was a huge Torino FC fan and even had Meroni's photo in his car. Romero would go on to become the Chairman of Torino FC in 2000.

Chelsea player-manager Glenn Hoddle would go on to sign Dutch footballer Ruud Gullit who would eventually also become Chelsea's player-manager. Gullit in turn would sign Italian Gianluca Vialli who would too have the distinction of player-manager after Gullit's sacking.

Finish football legend Jari Litmanen holds the impressive statistic of having played international football in 4 different decades. After making his national debut in 1989 the Fin would be a regular in the squad in the 90's and 2000's and eventually would make his final appearance in 2010. Overall Litmanen would go on to represent his country a record 137 times.

#6 - Goalkeeper goals in the Champions League

German goalkeeper Hans-Jörg Butt was known for his penalty taking and scoring the odd goal. But as far as UEFA Champions League is concerned he is the only shot stopper to have score in the competition with 3 different clubs. Having scored one goal for each Hamburg, Leverkusen and Bayern Munich the odd fact about this little story that every one of his goals were scored against Italian club Juventus.

English club Nottingham Forrest FC holds three very interesting distinctions: They played in the first ever match to involve goal nets. They were the first English club to sign a million pound player (money not weight). And, they are the only club to have won more European titles than their own domestic league.

In the 1990's while living in England Osama Bin Laden became an Arsenal supporter. It has been reported that he was even at Highbury's "clock end" section during Arsenal's Cup Winners' Cup matches.

#9 - The longest club name in football

Dutch side NAC Breda was formed in 1912 when clubs ADVENDO and NOAD joined forces. Both team's names were abbreviations and the newly formed club included both of these names into their new identity. The new name NAC stands for NOAD ADVENDO Combinatie Breda, but if you were to expand the full abbreviations of NOAD and ADVENDO, the club's name becomes: Nooit Opgeven Altijd Doorzetten Aangenaam Door Vermaak En Nuttig Door Ontspanning Combinatie Breda. But what's even funnier is the English translation of the name which goes something like this: " Never give up, always persevere, Pleasant for its entertainment and useful for its relaxation Combination Breda"

On March 1, 1980 Ipswich Town played Manchester United and Red Devils goalkeeper Gary Bailey remarkably saved 3 penalty-kicks during that one match. Despite Bailey's heroics Ipswitch would go on to win the match 6-0. Ironically, 15 years later United would go on to record the Premiership record for the biggest lop-sided win with a 9-0 victory over Ipswitch, the exact score-line that Ipswitch would have enjoyed in 1980 had Bailey not made the 3 saves.
SHARE SHARE SHARE