The Round Table: Our Favourite Kits 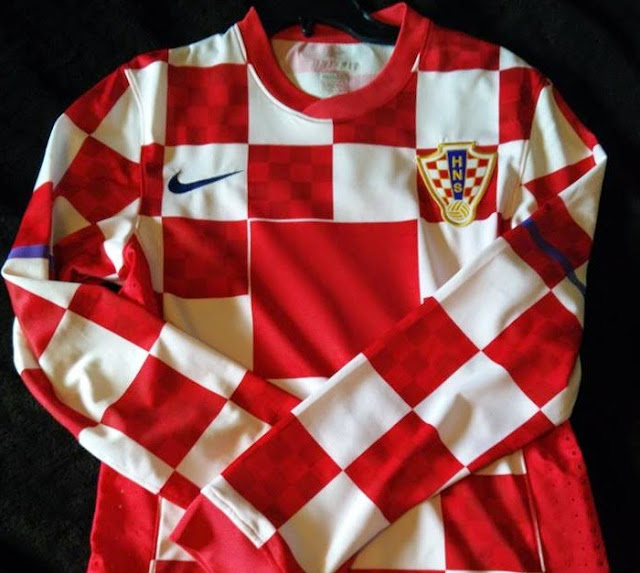 Every weekend we go beyond the headlines and talk to real football fans about current topics, issues or random tomfoolery in the football world.

What is your favourite football jersey, or jerseys, that you've owned and why?

Just a classic looking black kit with a slick gold trim. This was a prime example of the great kits Umbro used to make before they were bought out by Nike.

Oh, and it's the kit of Cantona. Specifically the one he wore when he drop kicked that thug at Selhurst Park. 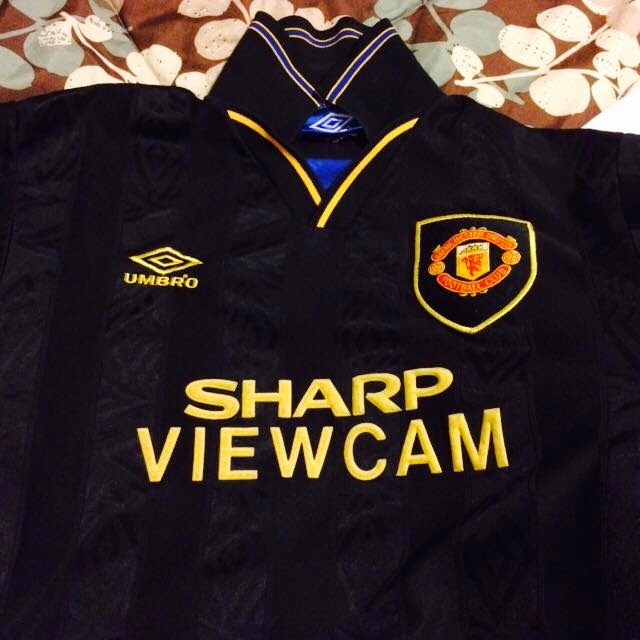 Parmar: I had the 1986 World Cup Canadian Men's National Team shirt, that was pretty special.

Bramble: In order of personal faves most fave to least: 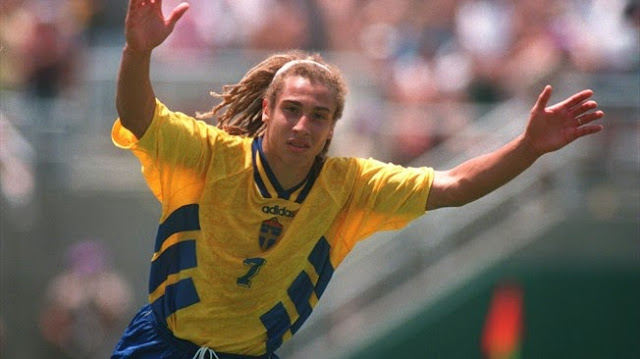 Parmar: (Laughs) Had it. I wish I had kept that with me for life. Back then framing shirts wasn't even a thing and you didn't "worship" it, you fucking wore it to practice, to kickabouts and to school. It got pretty worn down.

Iain: I hear you. I wore my old kits until they were thread bare. Even my Black United - Sharp Viewcam is a little beat down, but I saved it because I loved that kit so much and was a bit older (16 or 17) when I got it. My '80s ones are all long gone.

Parmar: Shit, I also had a first season (1974) Whitecaps shirt that was my Dad's that he passed down to me. And ya, wore the crap out of that one too.

Bramble: I had a Toronto Blizzard kit from the late '70s that my dad handed down to me. He bought it when going to watch Toronto play Pele's NY Cosmos.

Kon: All of my Newcastle kits are by far my favorites, however, I really like getting my hands on club kits from small countries and leagues, ones that are otherwise hard to get. So I'd have to say CD Motagua and CD Marathon from Honduras, LD Alajuelense from Costa Rica and FC Sheriff Tiraspol from Moldova.

From my Newcastle collection I own a David Ginola match-worn shirt, so that one is probably my most prized one! 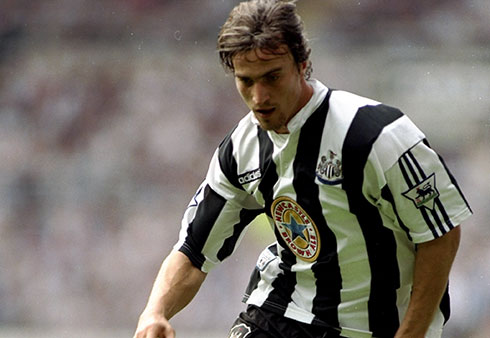 Iain: I'm the same in terms of buying kits from smaller, lesser known clubs. I have a few non-league kits from England and a bunch of kits from El Salvador including FAS, Firpo and Alianza in my collection. As for Newcastle, I always dug the collar on the 95/96 kit. It was a real throwback with a great collar and that was the best Newcastle side I've seen.

Luka: 2000-01 Lazio Home - I try my best to avoid buying jerseys with sponsors but this one makes my list because it's got fucking Nedved on the back! I'm pretty sure that I run faster with the ball when I wear this. 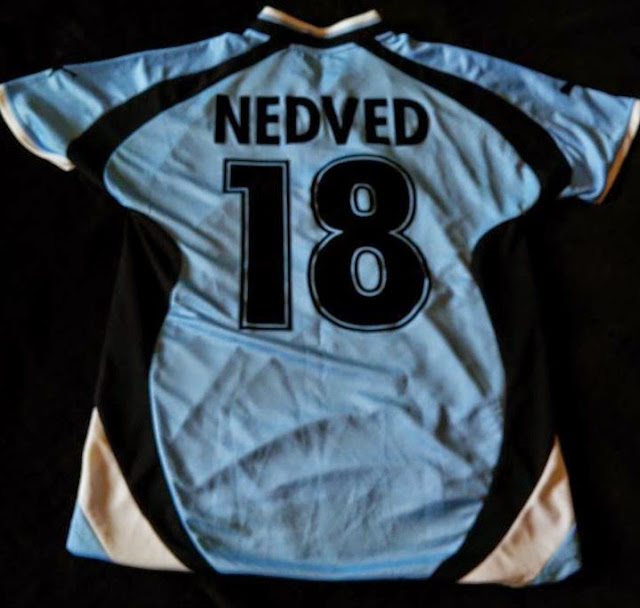 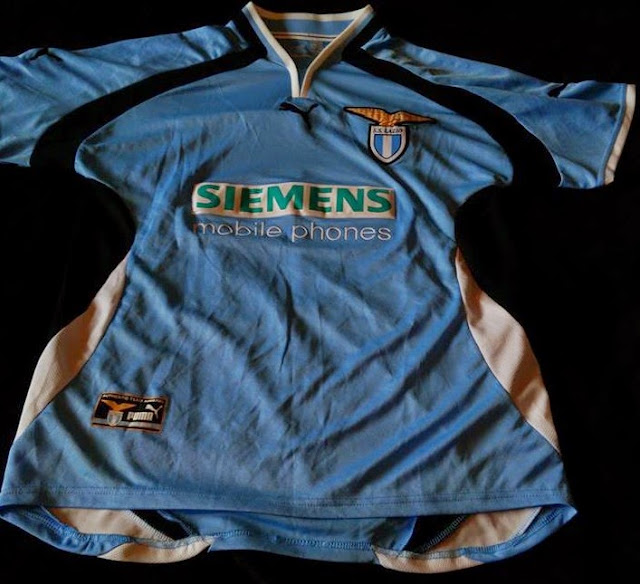 AC Milan "Retro" - Not a real jersey per se but a pretty sweet looking top that Adidas made a few years back. I like wearing this, comfortable, nice fit. Never play in it though, it's too nice. 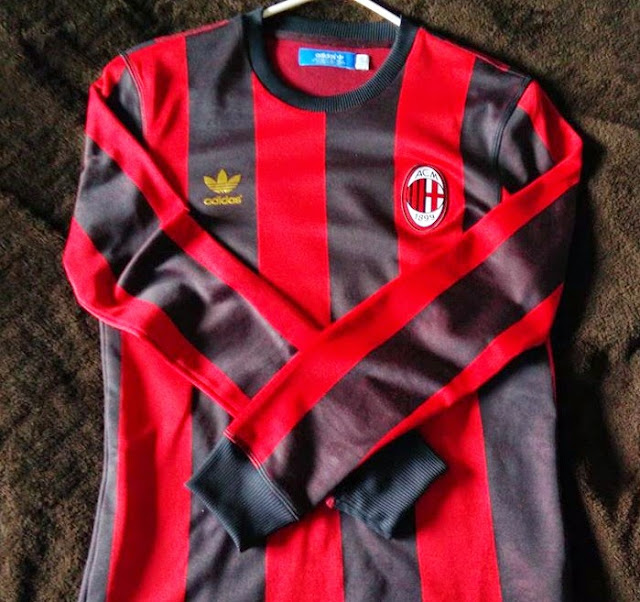 1996 Croatia Away Shirt - Only white Croatian away shirt and by far my favourite (maybe it's the Hajduk fan in me but I never liked the blue kits nearly as much). Also one of the NT's finest victories was secured wearing this shirt, defeating the defending EURO champs Denmark 3-0. 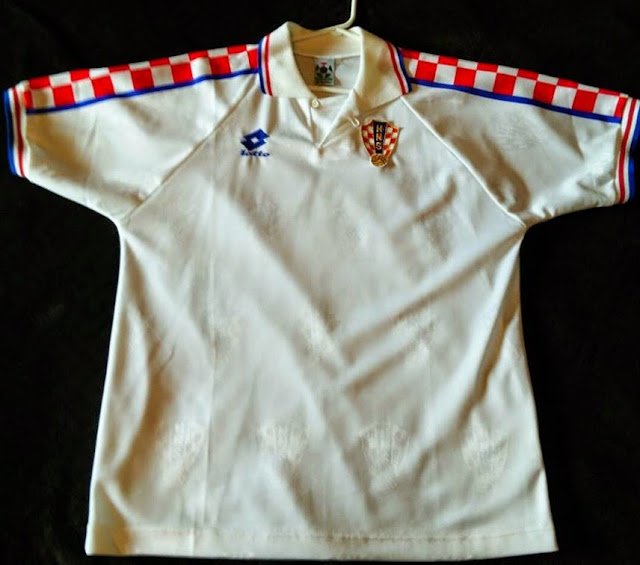 2013-14 Roma Home Shirt - Yup, I own both Lazio and Roma kits, so what? Are they rivals or something?! I'm no Roma fan but when I saw this I was dying to get my hands on one so i ordered it direct from the Roma Webshop. Roma for the season, didn't have a shirt manufacturer on contract, so they decided to make their own kits in house. The kit was clearly designed by a Roma diehard because it reeks of class and of shirts from their history. The material is great to play in so it's my favourite kickabout/practice shirt. Looks better in person. 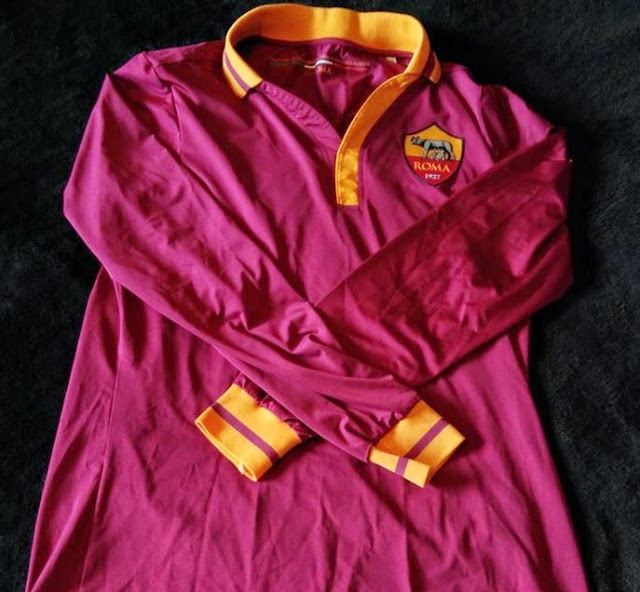 2010-12? Hajduk Split Away Shirt - I'm unclear on what specific seasons this shirt was used but who cares, it's awesome. Barcelona can only dream of having a shirt this nice. The crest also marks the centenary. 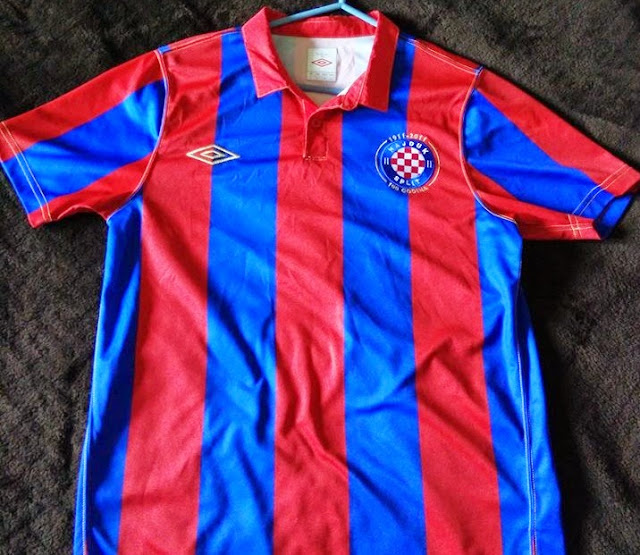