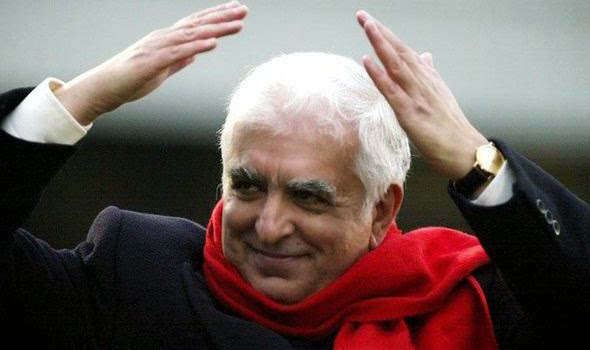 While most football contracts are fairly standard, at least for agents that know their business, others throughout the years have had a drop of insane in them. Here are 5 contract clauses in football that were a bit strange.

After joining Liverpool in 1992, Norwegian left-back Stig Inge Bjornebye was honest to his new employees about his passion for skiing, seeing that his father was an Olympic athlete in the sport. The folks in charge at Merseyside weren't pleased with the danger this could have potentially posed for their new acquisition and inserted a clause in his contract which stated he could not come within 200 yards of a ski slope.

When Congolese midfielder Rolf-Christel Guie-Mien joined his second German side Eintracht Frankfurt he requested an extremely unusual clause to be inserted into his contract. As a part of him signing for the club he stated that the club had to finance cooking classes for his wife.

Stefan Schwarz - Fly me to the moon

Swedish midfielder Stefan Schwarz joined English club Sunderland from Spanish club Valencia in 1999. But before signing the contract, club officials at SAFC found out that Schwarz's dream was space travel and although something like that was nearly impossible for a regular person back in the late 90's, the club made Stefan sign a clause that stated he would have to remain on planet earth for the duration of his contract with The Black Cats.

When German manager Bernd Stange was offered to coach the Iraqi national team he did not show his reluctance by refusing the job. Instead, Stange made the federation include a clause which would allow him to leave his post if war was to break out in the country. Sure enough, at the first sight of American troops in the middle-eastern state Stange left his post as the country's national team head coach.

Joining Cardiff City in 2001 was surely pretty strange for defender Spencer Prior. Eccentric owner Sam Hammam made the new player sign a clause which would have him eat sheep testicles before a match. The reason provided was that Hammam needed to see how dedicated everyone was to the club. Prior signed the document and was involved in the eating ritual. After the deed was done Hammam admitted to the whole ordeal being a prank and that Prior in fact had chicken and not sheep's balls.
SHARE SHARE SHARE