A Special Day for Inverness 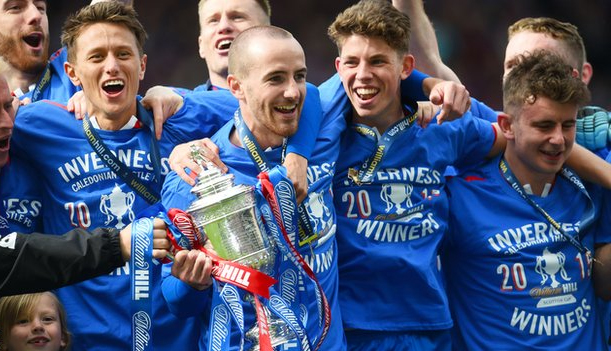 In the tiny town of Inverness, Scotland the population total is just above 60,000. In 1994 the two local clubs Inverness Thristle and Caledonia FC, both of which were formed in 1885 merged to create one local club, Inverness Caledonia Thristle Football Club.

Within 10 years of the club's founding the team enjoyed 3 promotions and have gone up three divisions to reach the Scottis Premier League in 2004. Since then the club remained in the top tier of Scottish football for all but one season but given the size of the organization have never had much success as far as silverware was concerned.

A few hours ago that all changed. After an impressive run in the Scottish Cup which saw Inverness CT FC rid of opposition such as Raith Rovers, Patrick Thristle, St. Mirren and most notably Celtic FC in the semi-finals, Inverness reached the tournament final. Their opposition Falkirk FC, although playing in the second tier (the Scottish Championship) are two time Scottish Cup winners.

Perhaps the challenge was not the biggest Inverness have faced, nonetheless, the first major trophy in
club history was on the line. In front of a crowd of nearly 40,000 at Hampden Park in Glasgow the Premiership side started well getting on the board in the first half thanks to a goal from midfielder Marley Watkins. But in the second frame Inverness defender Carl Tremarco saw a red card, one that seemed at least for a short period of time as the dagger that would ruin the club's chance of winning the title.

Just 5 minutes after the sending-off Falkirk tied the score up at 1-1 with a goal from Peter Grant. The match looked almost certain to go into the extra frames, but 4 minutes from full-time the town of Inverness would celebrate like never before when another midfielder James Vincent put the ball in the back of the net to give his club their first real meaningful trophy since the club's new beginnings in 1994.
SHARE SHARE SHARE