Chelsea's 3-1 win over Sunderland on Sunday marked the final appearance of Didier Drogba's second coming for the Stamford Bridge club.

Already well established as a legend in West London the Ivorian striker signed off with another league title medal to add to his bursting trophy cabinet.

The following are Drogba's five greatest moments for Chelsea: 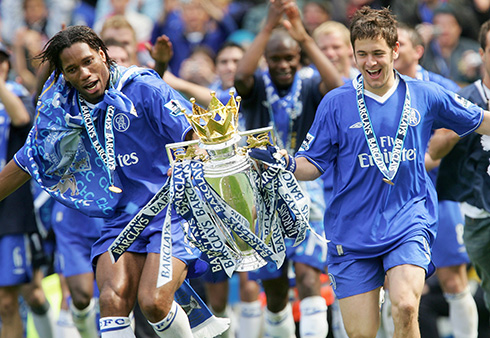 Chelsea had not won a top division league title in fifty years, but with the considerable help of Roman Abramovich the club were financially able to compete against the likes of Manchester United and bolstered by a number of signings, including the explosive Drogba, the club captured the 2004/2005 league championship at a canter. Although Drogba struggling to initially find form after his move to the club from Marseilles, he still managed 16 goals and also scored in extra time during the club's 3-2 win over Liverpool in the League Cup Final. 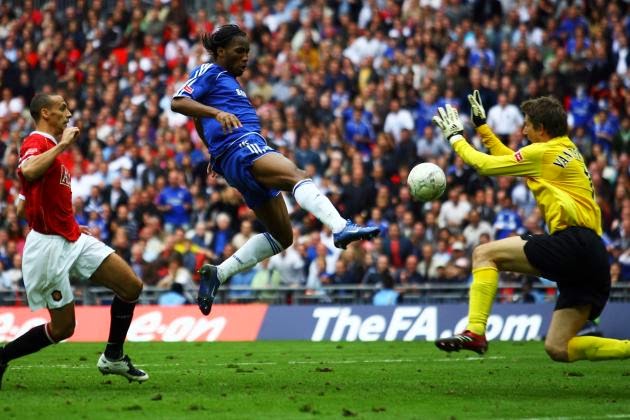 Always a man for the big occasion, Drogba had an incredible record when it came to finals and the 2007 FA Cup Final between his Chelsea side and Manchester United at the brand new Wembley Stadium was no different. With the sides locked at 0-0 in extra time and the match heading to penalty kicks, Drogba struck and denied United a league and cup double.

3 - Hits a Hattrick and Wins Another League Title 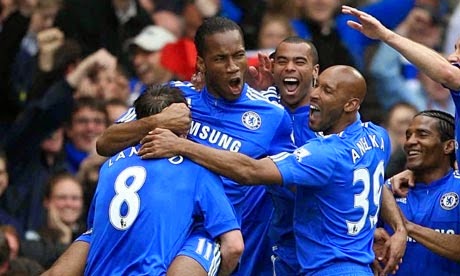 Needing a victory over Wigan on the last day of the 2009/2010 season to secure the league title, Drogba fired in a blistering hat trick to help Chelsea to an emphatic 8-0 victory to wrap up another championship. 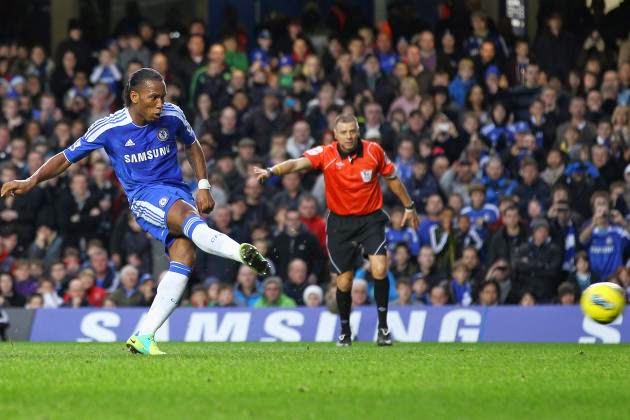 One of the most dominant strikers to have ever played in the Premier League, Drogba celebrated New Years 2011 by putting away his 150th goal for Chelsea. 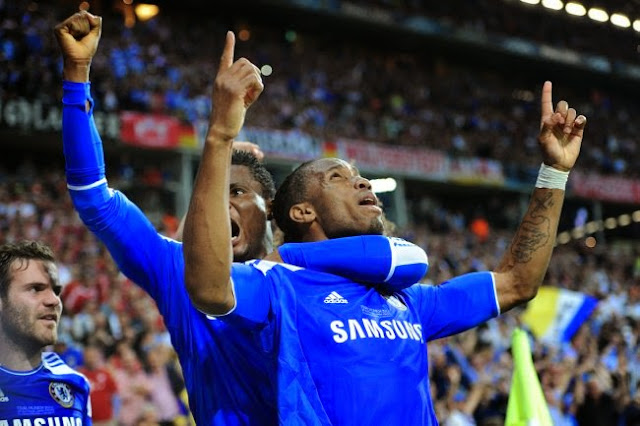 Was there any doubt about number one on this list? Cementing his reputation as a big match player, Drogba dragged Chelsea back to level terms with Bayern Munich, after falling behind to a late goal by Thomas Muller, and then stepped up to score the decisive Champions League winning goal in the shootout in the 2012 UEFA Champions League Final in Munich. It was Chelsea's first win in the greatest club competition in Europe.
SHARE SHARE SHARE