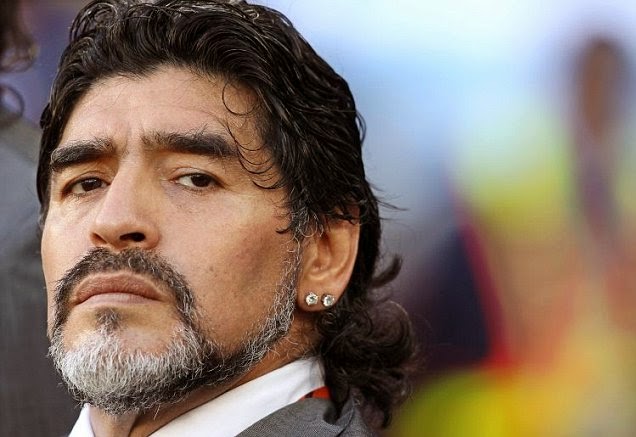 Argentinean legend Diego Maradona caused a minor stir this week after he dared to state that Real Madrid and Portugal forward Cristiano Ronaldo strikes more fear into the hearts of goalkeepers than his country's current favourite son Lionel Messi.

Taken in context though it isn't really that controversial what the former Napoli midfielder said:

"Cristiano is a predator in front of goal. You can’t let Cristiano shoot from anywhere in the opposition half.

Cristiano is an incredible professional. I think at this present time he is right up there at Messi’s level."

In fact this is all rather lighthearted material from the man who often appears before a camera or a microphone without a filter.

Here are ten of his real gems: