The Day Cantona Kicked Off 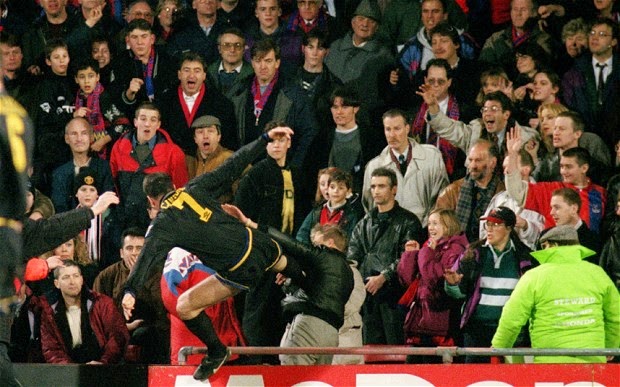 On January 25, 1994 Manchester United went into Selhurst Park knowing that a victory over Crystal Palace would propel them to the top of the table. Instead an incident happened that night that would not only derail their quest for a third straight league title, but would enter into English football folklore.

United's inspirational striker Eric Cantona came under the close attention of Palace defender Richard Shaw during this now notorious encounter and the mercurial striker was not too impressed.

He complained bitterly to referee Alan Wilkie about the treatment he received in the first half and United manager Alex Ferguson snapped at Wilkie, "Why don’t you do your fucking job!" as the teams came out for the second half.

In my years supporting United two of my favourite all time players were Bryan Robson and Eric Cantona. Where Robson was an all-action midfielder who inspired the side with his fearless displays, Cantona could often be anonymous at times, but then would pop up with a piece of jaw dropping brilliance to win a match. Both players though always stood their ground and backed down to no one. 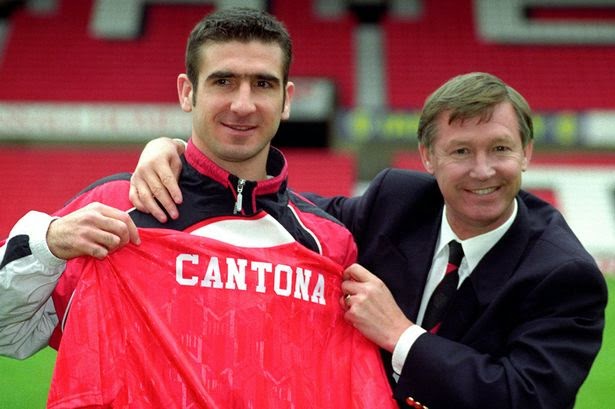 As much as Cantona was capable of displays of genius he was also just as likely to descend into moments of madness if he felt he was being wronged. With Shaw continuing to pull his shirt and take little digs at him without punishment early in the second half, Cantona lost his cool and kicked out at the Palace player.

Wilkie wasted no time in brandishing a red card, but as Cantona made his way off the pitch he had one more moment of violence left in him that night.

Palace fan Matthew Simmons, a man who has since been convicted of assault himself, stormed down to the front of the stand Eric was passing, from his seat in the eleventh row, and shouted insults to the effect of "fuck off back to France, you French bastard!" at Cantona.

The man United fans still refer to as "Le Roi" flew into Simmons with a kung-fu kick and then started raining punches down on him before he was dragged away by the United kit man and several teammates. 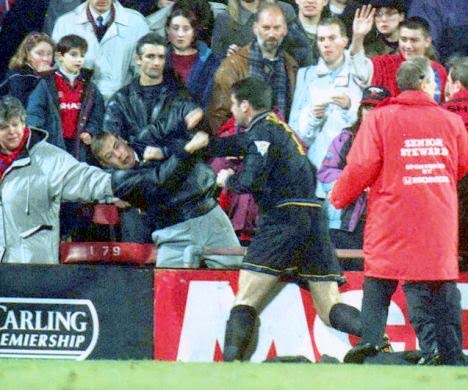 At the time, and not knowing what Simmons had said, I was stunned by Cantona's actions and my first thought was, "He'll be suspended for ages and we'll lose the title."

One of my aunts, whose son worked for United back in those days, spoke to me a few hours after the match and said, "You should hear the things he gets called by fans at away grounds, every man has a breaking point."

Cantona himself said, “Millions of times people say these things, and then one day you don’t accept it. Why? It’s not about words. It’s about how you feel at that moment. One day you react, but the words are exactly the same as those you have heard a million times, so it is impossible to say why you react.” 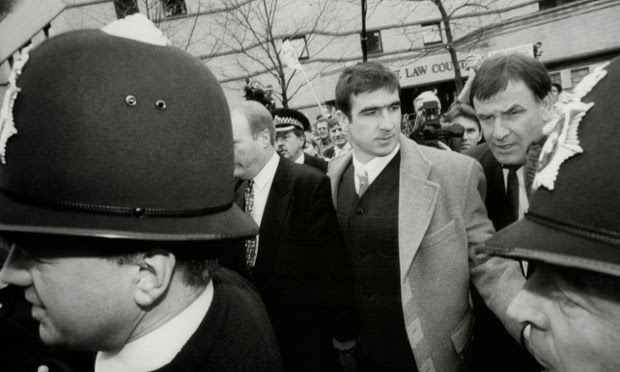 United's number seven would be suspended for the remainder of the 1994/1995 season and for the first month of the following season. As I feared, United would narrowly miss out on that season's title to Blackburn Rovers.
In 1995/1996 though he would return in triumph and inspire a young United side to the club's second domestic league and cup double in three seasons.

As brilliant a player as he was, and on top of the trophies he brought to United, Eric is actually loved even more by United supporters because of this incident. He was someone who stood up for himself and his club, he didn't take any shit and had a fire that burned within him that was such a part of who he was as a footballer and a man.
To many of us he's still the King of Old Trafford. 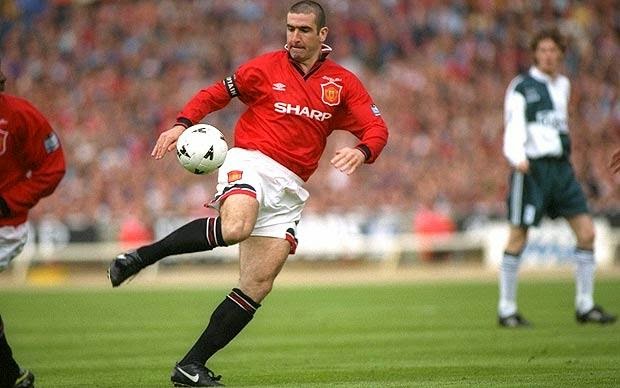