Any Given Sunday: The Nowhere Men

I enjoy a good book as much as the next guy, so when late last year I sat down to read Michael Calvin’s The Nowhere Men and wasn't sure what to expect from it.

The idea surrounding the book was interesting, a book about scouts in England and their work, careers and how the spot talent on the field. That premises had me interested enough that I purchased the book online since I couldn't find it in any of my local bookstores. Here it is a book about football where the main characters are the unknown heroes of the game. A book that dealt with an almost secret society that gets very little to no attention from media or fans. It looked like an interesting read, and I was soon to find out that indeed it was.
The book concentrates more on the actual scouts than it does on the biggest players spotted by those same scouts and that is what made the book so captivating. If I wanted to know about Sterling or Wilshire I would buy a book about them, I wanted to know more about how do you go about spotting talent.

The book was a gold find for anyone interested in knowing what really goes on outside the white lines when it comes to talent. From how scouts look at players, what they look for, what makes a player more desirable than others and more important their lives and what they have to sacrifice for the game they love so much.

My thoughts on scouts before reading this book were very romantic. I though how cool it is to be paid to watch games and spot talented players. I use to tell myself that I could do it. I watch enough and know enough about the game to identify a talented player when I see one. Oh boy, couldn’t be more wrong on all accounts.

The job is not nearly as lucrative, easy or fashionable as I imagined. The pay is as close to pro bono as you can get without being pro bono. Besides the free tickets to the games and some swag these guys are the low end of the pyramid in their respective clubs. They are disposable commodities and are not even viewed as assets by their employers.

Like that isn’t enough to want to change your career path than you have to deal with parents that think their kid is the next Messi, and target the scouts like bees flock to honey.

Without wanting to ruin the book experience for you, I will say that scouts are the most undervalued and underpaid members of the football class. Michael Calvin is able to really transport you to their world and give you an inside glimpse of what it takes to be a professional scout for not only a lower club in England’s League two but also in the Premier League.


These guys do it for the same reason we as kids played football, for the love of the game, not for a big payout. 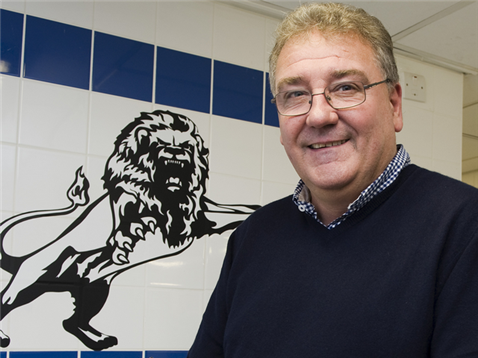