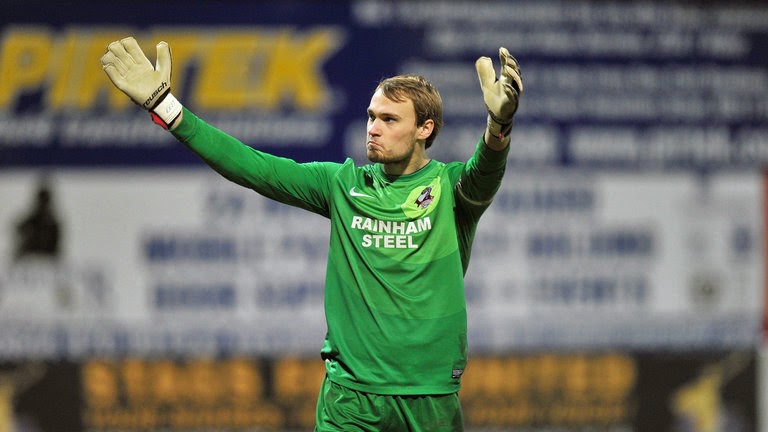 Playing in goal is a tough and sometimes thankless task. You're the last line of defense and whereas an outfield player can make a mistake that might not end up being that costly, a mistake by a keeper invariably leads to a goal and perhaps even becoming a YouTube star, depending upon how bad your mistake is.

Another difficult aspect of goalkeeping is the constant risk of injury as forwards smash into you on corners or lunge into you with studs showing on 50/50 balls.

A keeper sustaining an injury isn't that out of the ordinary, which is why teams nearly always have a spare one on the bench, but what if both were injured in the same match, or even in the same half?

Scunthorpe had to deal with this scenario yesterday when their first choice keeper Sam Slocombe broke his arm on eight minutes when trying to punch a cross clear while under heavy pressure.

Backup James Severn then entered the fray and after surrendering a goal on a penalty kick, he suffered the same fate as Slocombe in the 42nd minute when Bristol City's Matt Smith smashed into him as he was attempting to clear a cross.

With no other keepers on the bench, defender Andrew Boyce bravely stepped up and grabbed the gloves for the remainder of the match.

Despite playing in an unfamiliar position, Boyce equipped himself well for the entire duration of the second half and only conceded one goal.

Unfortunately for Scunthorpe they weren't able to find the net themselves and they fell to a 2-0 defeat.

There's no word yet on whether or not this was just a cameo for Boyce or if the club will need him between the sticks again.