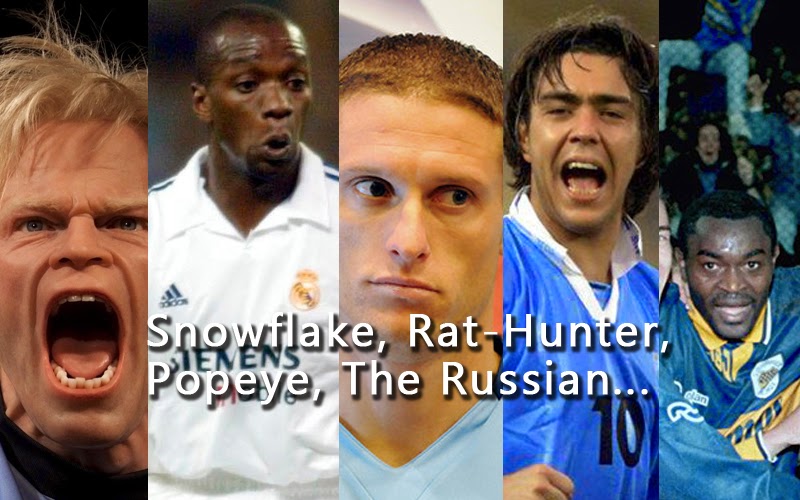 We are all familiar with Lionel Messi as "the flea" and Chicarito which means "little pea", but what about the really messed up nicknames given to football players over the years? Here's a list of some funny, clever, racist, and simply bizarre footballer nicknames. 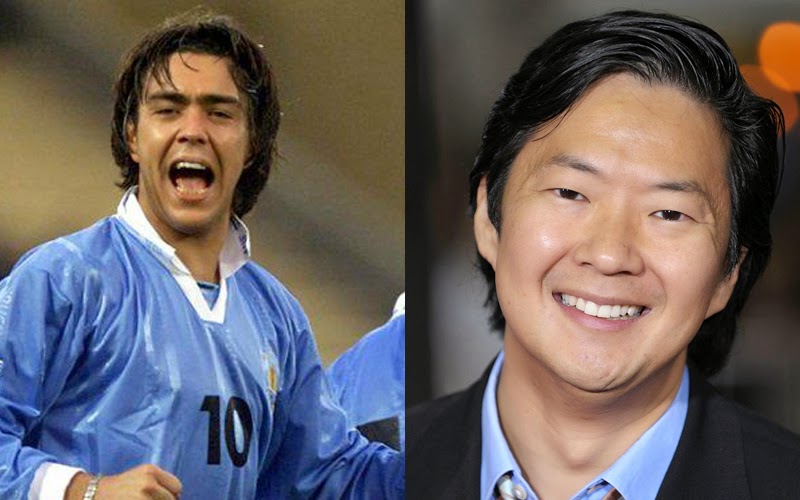 Uruguay and Argentina are the two South American countries that have the highest Caucasian population compared to their neighbors. So when a minority footballer becomes popular, you bet your ass he is likely to have some sort of nickname that is deemed racist by most other countries. Recoba's eyes were deemed "unusually slanted" for a Uruguayan man, hence the nickname 'El Chino'. 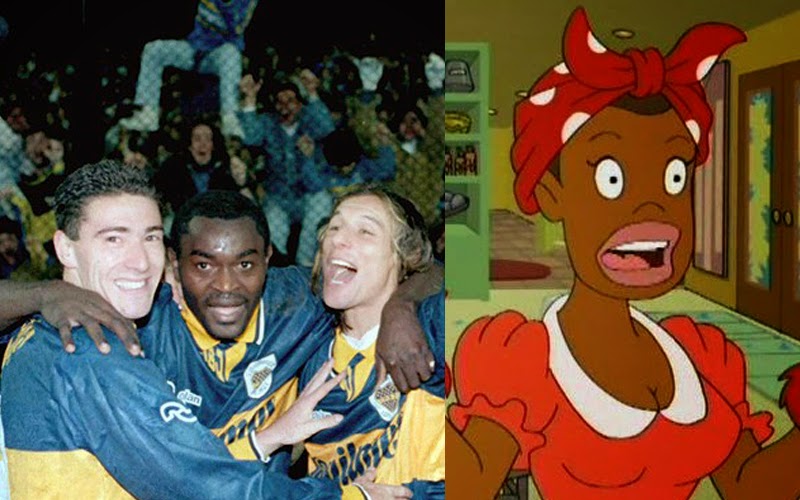 When Cameroonian international striker Tchami joined Argentinian giants Boca Juniors in the mid 1990's, political correctness was very far down the list of priorities for the Boca faithful. When Tchani became somewhat popular, he was given the nickname 'el Nego', literally meaning "the black guy". 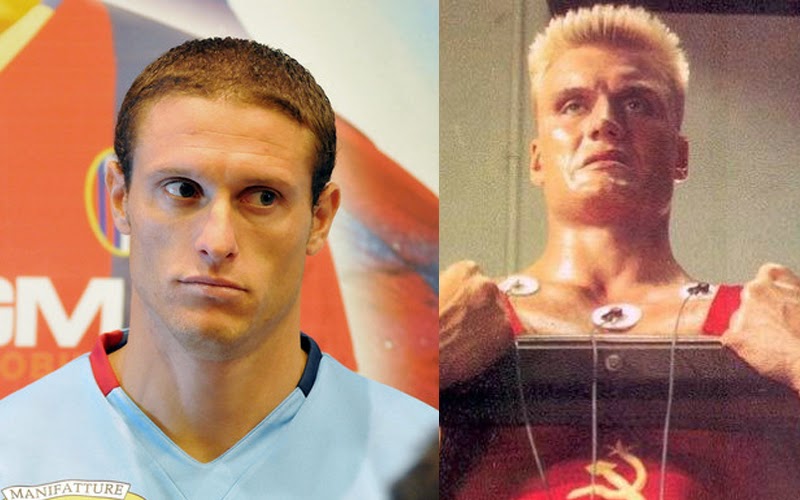 This one is quite simple. Apparently, Uruguayans think of Russians as "rough around the edges" type of people. So when Diego Perez became known for his somewhat physical play on the pitch, he was appropriately named 'El Ruso'. 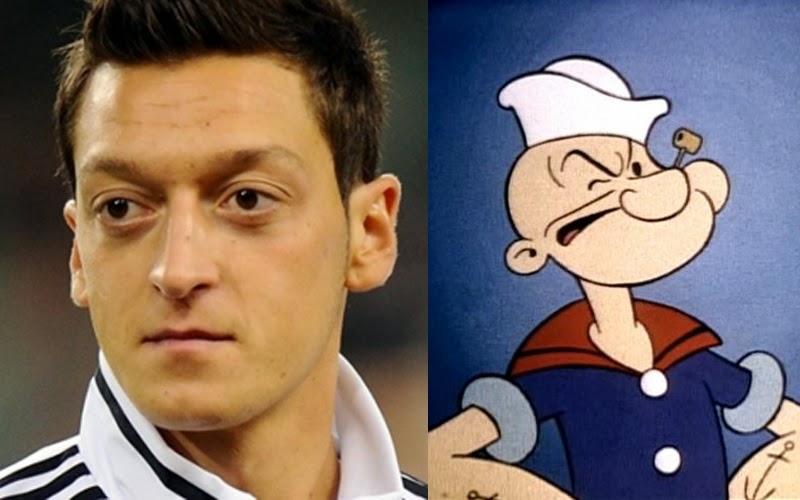 Boy, did eye laugh when I heard this one (pun intended). For obvious "they are about to fall out of their socket" type of reasons, the German international was given this clever name by some fans. If you don't get the 'Popeye' reference you may want to stop thinking of the pipe smoking, spinach eating sailor, and instead look at the photo of Özil (above) and think of the wording. 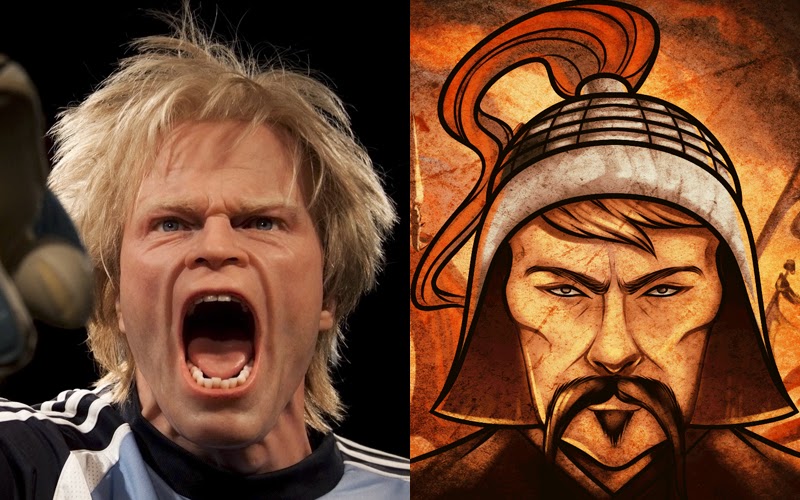 This one makes all the sense in the world. I mean, have you seen the look on the former German international keeper's face when he gets mad? I bet if Oliver Kahn was born before Genghis, it would be the Mongol emperor who would be stuck with the nickname Oliver Kahn. 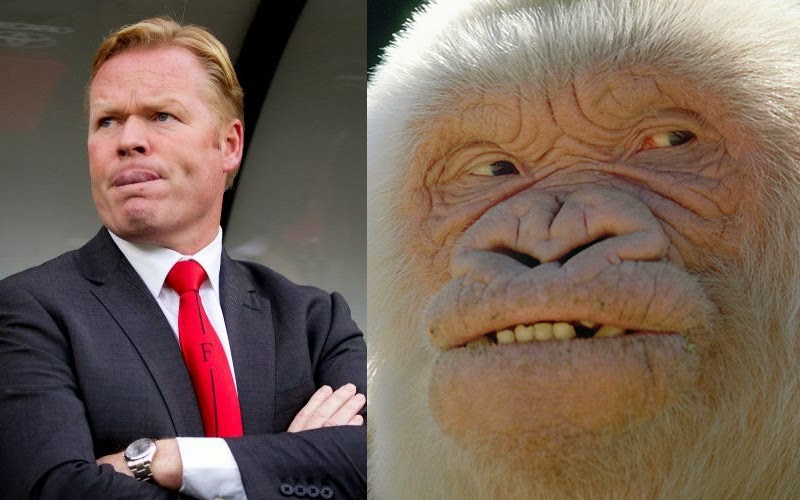 During his time with Barcelona, the light-skinned Koeman was given the nickname 'Floquet de Neu' which means snowflake in Cataln. What makes it so much funnier is that at the time there was an albino guerrilla in the Barcelona Zoo called...you guessed it...Floquet de Neu. 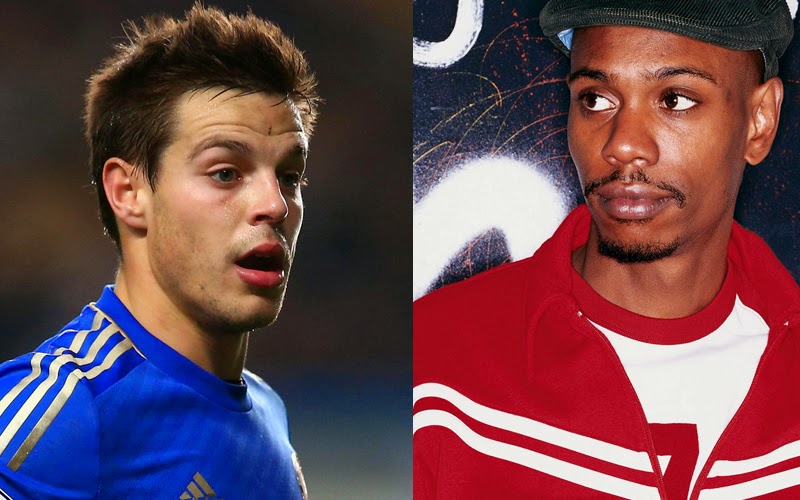 Oh you lazy bastards. Chelsea FC fans seemed to have given up on trying to pronounce Azpilicueta's name, so they came up with the next best alternative...'Dave'. That's right, Dave is what they call him, and they even have a chant about it. 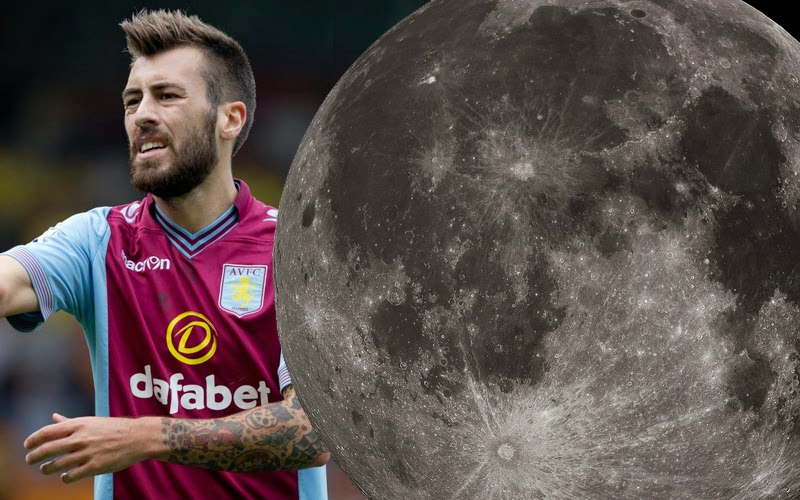 Aston Villa fans got very "English" when giving their Spanish full-back Antonio Luna a nickname. Translating the name into its meaning in English they came up with the simple Tony Moon, with Tony being the equivalent of Antonio and Luna meaning moon in the English language. 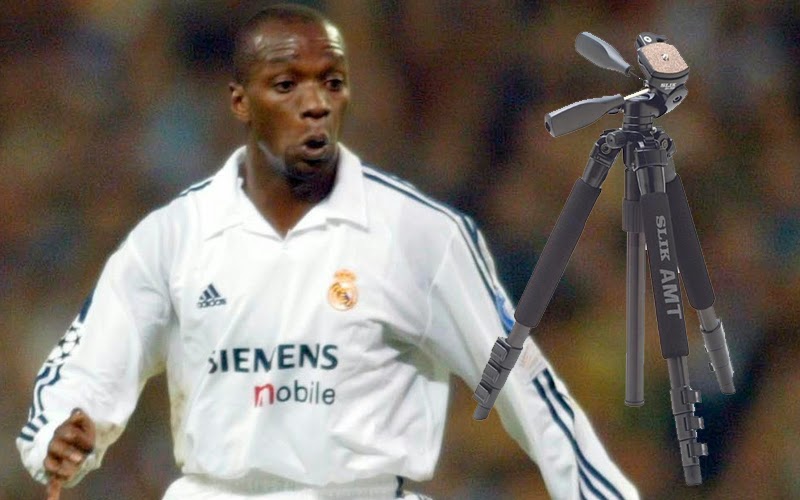 Now this may or may not be true, but during his time with Real Madrid the Zaire born French international Makélélé was given the nickname 'Kinshasa Tripod'. Kinshasa is the capital city of Zaire and Tripod...well, you guessed it, a tribute to what his teammates thought of the size of the Frenchmen's "third leg". 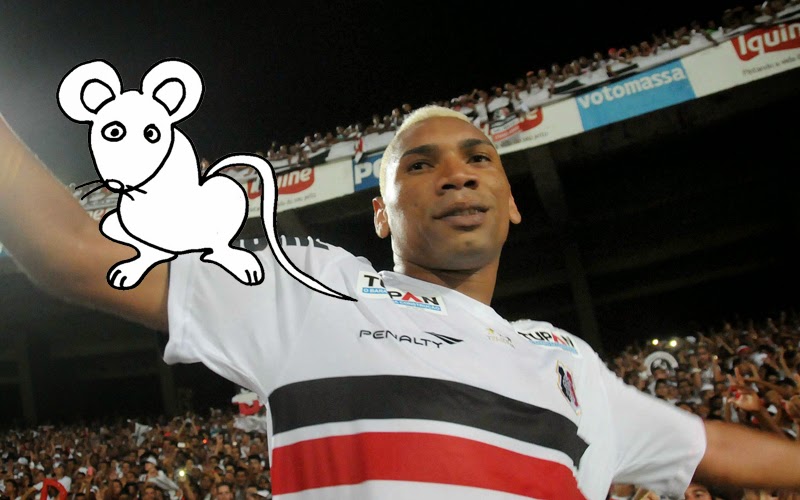 As if this guy's life wasn't hard enough, Brazilian footballer Flávio Augusto do Nascimento was given the nickname Rat Hunter ('Caça-Rato') because apparently when he was in his early teens, he was very poor and while being afraid of playing football against the older boys, he would hunt rats by the field instead. This may seem kind of funny until you realize that this footballer lived through horrible poverty, being hung by his own father at the age of 8 just to be saved by his uncle who then shot the father dead, and being shot at a club in his 20s. The 'Caça-Rato' nickname does not seem as bad anymore, does it?
SHARE SHARE SHARE