The Greatest Extract From Pirlo's Autobiography 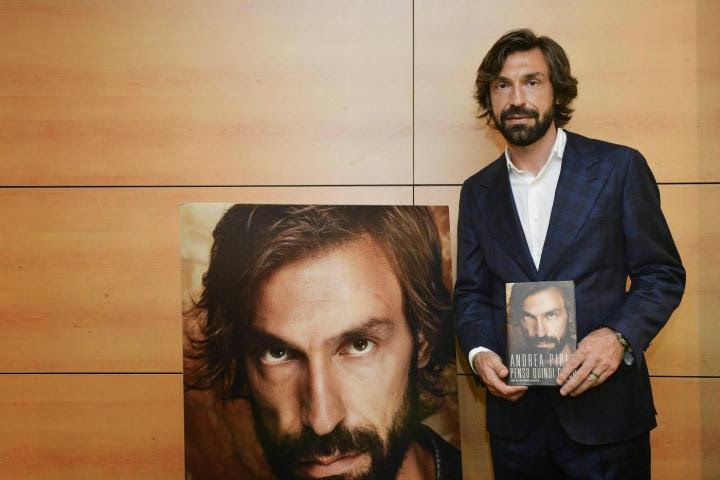 When I read this bit from Pirlo's recent autobiography I was literally laughing out loud. Talking about Pep Guardiola and Barcelona, It has become obvious that the Juventus and Italy midfielder is not just an amazing footballer and according to many sources is a great human being in general, he's also got quite the sense of humor. Here is Andrea Pirlo on PlayStastion, Barcelona and Pep Guardiola:

After the wheel, the PlayStation is the best invention of all time. And ever since it’s existed, I’ve been Barcelona, apart from a brief spell way back at the start when I’d go Milan.

I can’t say with any certainty how many virtual matches I’ve played over the last few years but, roughly speaking, it must be at least four times the number of real ones.

Pirlo v Nesta was a classic duel back in our Milanello days. We’d get in early, have breakfast at 9am and then shut ourselves in our room and hit the PlayStation until 11. Training would follow, then we’d be back on the computer games until four in the afternoon. Truly a life of sacrifice.

Our head-to-heads were pure adrenaline. I’d go Barcelona and so would Sandro. Barca v Barca. The first player I’d pick was the quickest one, Samuel Eto’o, but I’d still end up losing a lot of the time. I’d get pissed off and hurl away my controller before asking Sandro for a rematch. And then I’d lose again.

One day we thought about kidnapping him. The flesh and bones, real-life version that is. It was August 25, 2010, and we were with Milan at the Nou Camp for the Gamper pre-season tournament. We thought better of our hostage-taking in the end. To avoid constantly falling out, we’d have needed to saw him in two when we got back to Italy, and that wouldn’t have been a good idea. How the poor thing would have suffered.

As it transpired, the notion of abduction had crossed Guardiola’s mind before ours. That very night at the Nou Camp, he whisked me away from my nearest and dearest. Looking back, perhaps those people weren’t actually as close to me as I thought but, anyway, on with the story.

At the end of the game, everyone was on the trail of Zlatan Ibrahimovic, a ticking timebomb of a madman who had been wound up by his agent (the legendary Mino Raiola). The Swede was set on a collision course with Barcelona and on the verge of signing for Milan. A few of my team-mates sought him out to try to encourage him to make the switch, while some of his friends from Barcelona were also on his case, armed with the opposite recommendation. And then there were the journalists, looking to force a few words from him, which didn’t exactly take them long.

“I’d love to play at San Siro in the same team as Ronaldinho,” he said. “The coach here doesn’t even talk to me. In the last six months, he’s spoken to me twice.”

There was no mystery in that – Guardiola was saving his words for me. Taking advantage of the spotlight being momentarily trained not on him but Ibrahimovic, he invited me into his office.

As I came out of the dressing room, I’d noticed one of his childhood friends and trusted lieutenants waiting there for me. His task that night had turned him into a flip-flop wearing secret agent, but Manel Estiarte in a previous life had been the best water polo player of all time. Only the second man in history capable of walking on water.

“Andrea, come with me. The coach wants to meet you.”

I struggled to recognise him without his swimming cap. But then I looked at him again and got a whiff of chlorine.

“Okay then, vamos.” I didn’t need to be asked twice. In I went. The room was furnished in sober fashion, and there was some red wine on the table. “Always a good start,” I muttered to myself. Thankfully the most envied coach in the word didn’t hear me. His way of speaking is very similar to mine – not really tenor style, let’s say.

“Make yourself comfortable, Andrea,” he began, his Italian absolutely perfect.

I wasn’t really bothered about much else in that room besides the person who had summoned me. Guardiola was sitting in an armchair. He began to tell me about Barcelona, saying that it’s a world apart, a perfect machine that pretty much invented itself. He wore a white shirt and a pair of dark trousers whose colour matched that of his tie. He was elegant in the extreme, much like his conversation.

“Thank you for agreeing to meet me.”

“Thank you for inviting me.”

“We need you here, Andrea.”

You could tell he wasn’t a man to beat about the bush. After a couple of minutes, he’d cut straight to the chase. As a player, his job had been to conduct the play and as a manager he’d learned to attack, always with impeccable style.

“We’re already very strong, I really couldn’t ask for better, but you’d be the icing on the cake. We’re looking for a midfielder to alternate with Xavi, Iniesta and Busquets, and that midfielder is you. You’ve got all the attributes to play for Barcelona, and one in particular – you’re world class.”

During that half hour I largely kept quiet and let him speak. I listened and, at most, nodded my head. I was so taken aback by the summons that my reflexes had slowed. I was more dazed than excited: shaken by the situation, but in a really positive way.

“You know what, Andrea: we’ve made this approach because that’s how we do things round here. We don’t waste time. We want to buy you right now, and we’ve already spoken to Milan. They’ve said ‘no’, but we’ll not give up: we’re Barcelona. We’re used to hearing certain answers but, in the end, things pretty much always change. We’ll try again with Milan. In the meantime, start making a few moves with them as well.” Nobody had said a thing to me until then. Without even knowing, I was the object of some remarkable negotiations in the football luxury goods market. 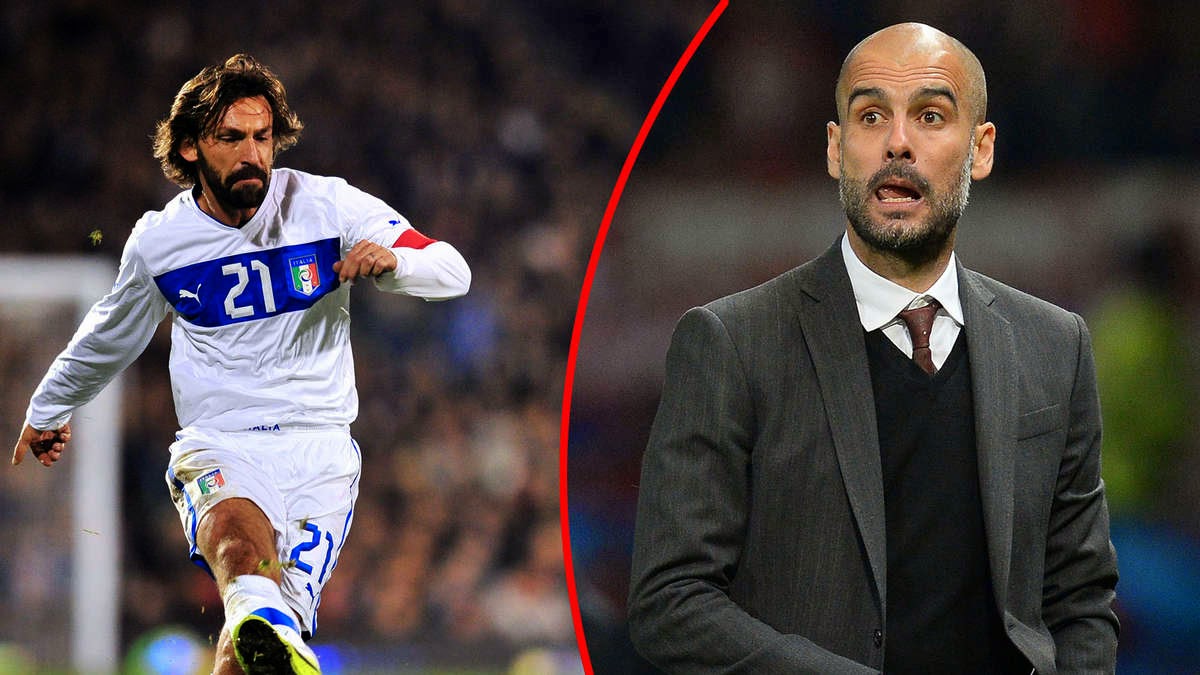 “If you come here, you’ll find yourself in a unique place. La Masia, our youth academy, is our pride and joy – there’s nothing like it at any other club. It runs like clockwork; it’s a philharmonic orchestra where bum notes aren’t permitted. Every year, players arrive from there ready to wear our shirt.

“Our champions are home-made; apart from you, that is. What we do is all very wonderful, but all very demanding, too. Sometimes winning can be draining.” I would never have expected it. Perhaps I’d spent so much time on the PlayStation that I’d ended up inside it, sucked into a parallel universe by my favourite hobby and now at the mercy of a puppeteer with some kind of enchanted hand.

“You’ve got to come here, Andrea. I’ve always liked you as a player. I want to coach you.”

I immediately thought of Sandro(NESTA) – he’d die of jealousy when I told him. I was taking away the 50% of Guardiola that belonged to him.

“Even though Milan have said ‘no’ for the moment, we’re not giving up. Let’s see what happens.” As with Real Madrid (in fact, even more so than with Real Madrid), I’d have crawled to Barcelona on all fours. At that time, they were the best team in the world – what more needs to be said? Their brand of football hadn’t been seen in a long time; all little first-time passes and an almost insane ability to maintain possession.

Theirs was a basic philosophy – “the ball’s ours, and we’re going to keep it” – mixed with intuitive understanding and movement so impressive that it seemed orchestrated by God himself.

“Let’s talk again soon,” said Guardiola. “Have a safe journey back to Milan and let’s hope you’re not there for long.”

“Thanks again. It’s been a very interesting chat.”

I left his office in a daze. I was just about last onto the Milan team bus, but nobody took any notice. With their noses pressed up against the windows, lots of players were peering at the scene unfolding outside. Both curious and impressed, they watched Ibrahimovic walking his tightrope. At one end, Barcelona, and a fire that was dying out. At the other, Milan, and a spark turning into a flame.

We were heading in different directions, Ibrahimovic and I. The world knew all about his situation, but nothing about mine. If these initial advances became a full-blown love affair, I’d wind up part of a truly great club and be thrown into a new challenge. I’d have liked that, a lot.

The discussions went on for a while and, ultimately, Milan didn’t give in. I suppose it was always going to go like that. Back then, they still thought I had all my faculties and so they kept me, without ever getting involved in full-on negotiations. There were words, brief chats, a little bit of back and forth, but nothing more substantial.

I’d have considered myself fortunate to be coached by Guardiola, because he really puts his stamp on teams. He builds them, moulds them, guides them, berates them, nurtures them. He makes them great. He takes them to a higher level; a place beyond mere football. Ibrahimovic thought he was insulting him when he called him ‘The Philosopher’, but when you think about it, that’s actually a nice compliment.

Being a philosopher is to think, seek wisdom and have principles that guide and influence what you do. It’s to give meaning to things, find your way in the world, believe that in the end, in every instance, good will overcome evil even if there’s a bit of suffering along the way.

Guardiola has taken all that and applied it to football, an imperfect science. He racked his brains and dispersed the fog, more through hard work than mere thought. What he’s achieved hasn’t been about miracles, rather a gentle programming of his players. His style is crèma catalana – easily digestible. It’s virtual reality mixed with real life; a swim between the shores of fantasy and reality with Estiarte by his side.

In other words, we’re talking PlayStation. 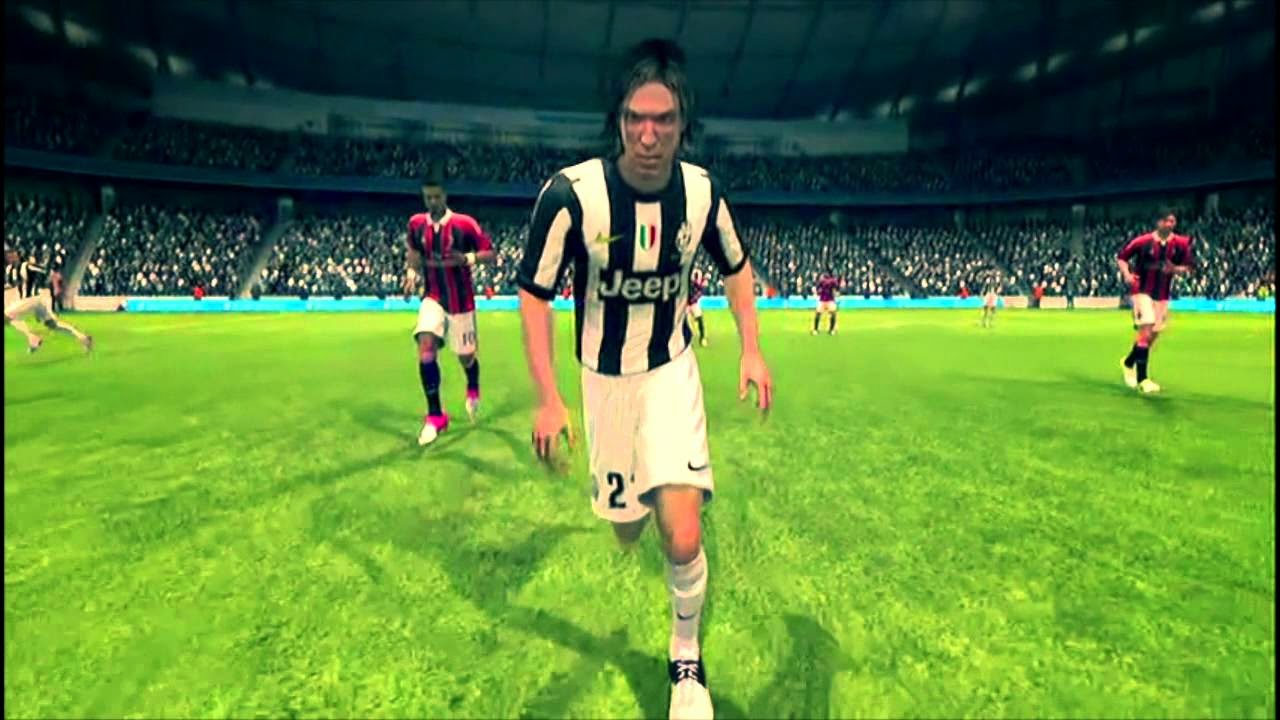